Smoke is from Prescribed Burn...

The smoke you see to the northeast of Jamul is from a prescribed burn near Pine Valley.  You can see it on the HPWREN Los Pinos camera (below). 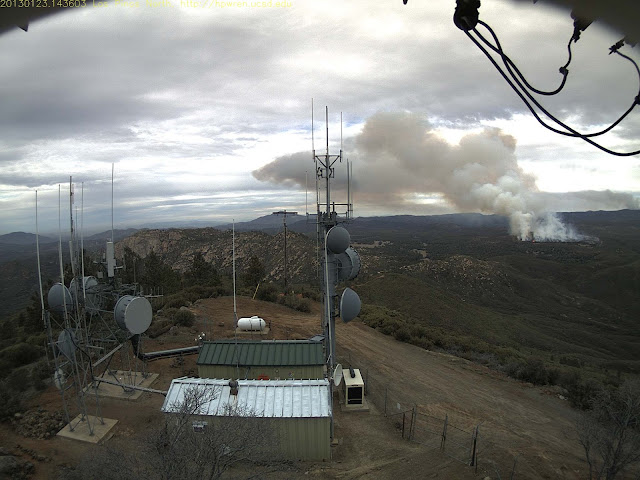 Posted by Unknown at (permalink) 2:42 PM No comments: 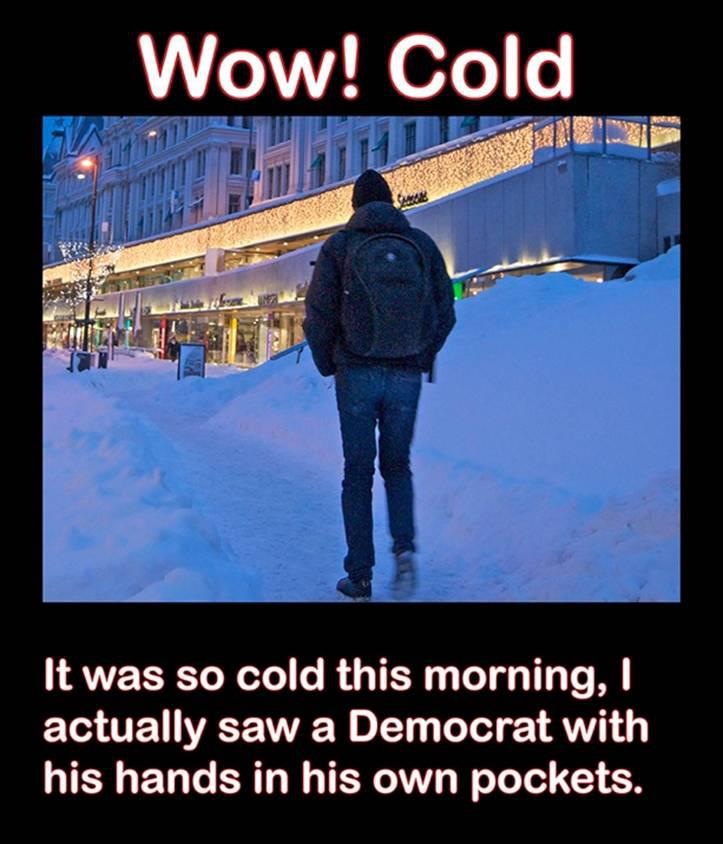 There's one problem with this, though...the Republicans aren't any better about this than the damned Democrats!
Posted by Unknown at (permalink) 7:29 AM No comments: Super-TIGER is a cosmic ray experiment lofted by balloon over Antarctica.  It recently broke the record for length of a balloon flight by staying aloft for over 45 days.  The map at right shows its track over Antarctica, color-coded for which circuit it's on: green for first, blue for second, and red for the current third circuit...
Posted by Unknown at (permalink) 5:56 AM No comments:

Anyone older than about 25 has experienced the astonishing increase in the frequency of the word “like” in ordinary speech.  I'd be surprised if “like” made it to the top 100 words of my own speech.  For some speakers I have listened to (painfully, usually in a store checkout line), “like” approaches 50% of the words they utter.  These people are predominantly young women, many of whom would be quite attractive if it weren't for their verbal vomitus.

My most recent experience with this phenomenon was just Monday, while standing in the checkout line at Home Depot in Encinitas, California.  A woman of perhaps 20 was in line just before me, and we were behind perhaps 3 others.  She was deep in conversation on her cell phone, which was turned up so loud that I could easily hear both sides of the conversation.  You'd think this would be an ordinary sort of experience, but it wasn't ordinary at all – it was very hard work.  First, I had to mentally subtract all the “likes” in order to have a prayer of understanding the flow of the conversation.  Then every sentence uttered, by both parties, sounded like a question (because of the rising intonation at the end of the sentences).  Upon parsing the actual words, though, it became clear that none of the sentences were questions.  Unfortunately they weren't normal declarative sentences like us old fogies use for communications.  No, these sentences were some new construction that I'm unfamiliar with – full of strange intonations, unusual sounds, and other words (such as “soooooooo...”) interjected into unfamiliar locations within sentences.

However, I'm confident that after five minutes or so, I figured out the actual content of the conversation.  Here's my translation in full:

Eventually it was her turn to check out, with her quart of paint and a few other related supplies.  There was some back-and-forth with the clerk, mainly about where one swipes credit cards.  Like the earlier cell phone conversation, her side of this one was about 50% “likes” (and no, I am not exaggerating).  I could see the clerk (a woman of perhaps 30) was working just as hard as I was to keep up with the young woman's speech.  Part of it I never figured out, but the young woman did swipe her credit card, eventually.  Then she mercifully walked out of range of my tortured ears.

The clerk stared at the young woman as she departed, agape.  Then she asked me “Did you year her?”  I think the clerk wanted some reassurance that our mutually experienced encounter was not a hallucination.  I was happy to oblige.


...I said that the girl’s way of speaking had sounded so shockingly stupid to me that I could hardly keep from grabbing her by the shoulders and begging her not to go around Europe talking that way because it gives Europeans an excuse to smugly think Americans are subliterate fools. I said she sounded literally brain-damaged.

Yes, exactly.  Go read the rest of her rant...
Posted by Unknown at (permalink) 5:49 AM No comments:

I found the photo below in today's dump of raw images from the Curiosity rover on Mars.  I have no idea what it is, but somehow it suggests water to me...