Bollywood Speaks Out about Mumbai...

Do you remember, right after 9/11, the parade of Hollywood “stars” speaking out about that awful attack? There were a few who responded in ways that we can respect, but the majority of that collection of cuckoos responded with disgusting displays of blame-Americanism and even admiration or support for the terrorists.

It was just awful, and to this day there are certain “stars” whom I refuse to watch because of this.

Contrast this with the reaction of the stars of Bollywood (India's equivalent of Hollywood). They sound to me like normal, patriotic folks – outraged by the attack on their country, and 100% behind their country.

I may have to try watching a couple of Indian movies... 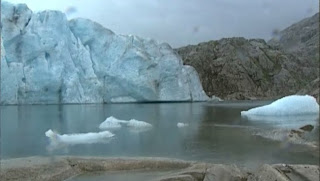 I first started reading reports of growing glaciers a few months ago, in Alaska. Now reports are coming in from all over the world: for the first time in over 250 years, glaciers in Alaska, Canada, New Zealand, Greenland, and now Norway are growing. From the latest report:

After years of decline, glaciers in Norway are again growing, reports the Norwegian Water Resources and Energy Directorate (NVE). The actual magnitude of the growth, which appears to have begun over the last two years, has not yet been quantified, says NVE Senior Engineer Hallgeir Elvehøy.

The flow rate of many glaciers has also declined. Glacier flow ultimately acts to reduce accumulation, as the ice moves to lower, warmer elevations.

I wonder why the warmies aren't reporting on this latest exciting development? Why isn't the Goreacle all atwitter with indignation? And Jim Hansen – shouldn't he be agitating for global action to warm up the environment?

Oh, that's right, now I remember – according to their “models” we're right in the midst of a calamitous warming trend!

Just like this news about glaciers, you probably also haven't read about the latest events in the world of science. One of them: a petition, signed by 30,000 scientists, calling for an end to the dogmatic advocacy of global warming and a return to normal, skeptical science. Increasing evidence for the non-existence of global warming was one of the primary motivations for this petition – after, of course, the shame and misgivings most professional scientists experience upon examining the “science” of global warming. Dr. Freeman Dyson is an eloquent spokesman for these scientists...
Posted by Unknown at (permalink) 7:36 AM 2 comments: 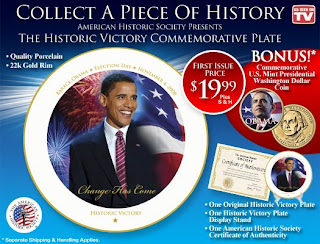 One hardly knows what to say.

Repressing the gag reflex is my challenge of the moment.

This is apparently not a joke – the ad is all over the airwaves and the Internet. The site is here, but I warn you: an automatic video ad will play – you can't stop it, and it is nauseating.