I Don't Know How I Missed This One...

This summer our Sacremento-based criminal class approved a so-called “balanced budget”, along with a slew of sleazy, shaky accounting tricks to support it.

One of them, it turns out, is direct theft from the taxpayers: without raising the income tax rates (which determine the actual amount you will owe, come April), they increased the tax withholding (the amount actually withheld from your paycheck) by 10%.  This is exactly the same thing as the state holding a gun to my head, stealing money equal to 10% of my withholdings, and then promising to give it back on April 15 (without interest, of course).

I only see three solutions to this.  The first solution involves 51% of the voters acting in unison to throw the Sacremento criminal class out of office, replacing them with law-abiding citizens.  The second is a Constitutional Convention that make it impossible for the corruptocrats to continue making victims of the citizenry.  The third involves a much smaller number of people and a few hundred pieces of high-velocity lead.

Which sounds most feasible to you?
Posted by Unknown at (permalink) 10:27 AM 2 comments: 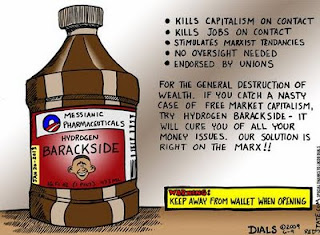 Posted by Unknown at (permalink) 8:08 AM No comments: 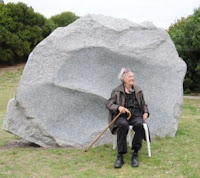 The other winners are nearly as wacky to me...
Posted by Unknown at (permalink) 8:07 AM No comments: