We won!
Posted by Unknown at (permalink) 9:42 AM No comments:


Caller just now: "The president's problem tonight is he had to give a speech with John Kerry's foot in his mouth"

Posted by Unknown at (permalink) 9:23 AM No comments: 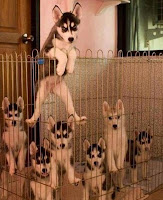 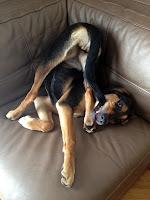 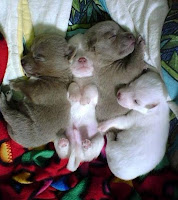 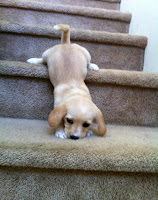 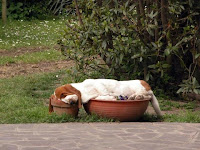 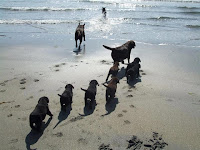 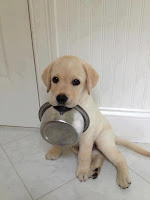 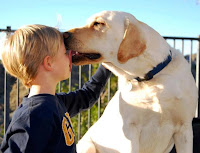 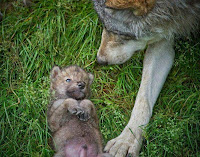 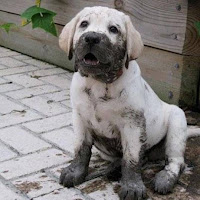 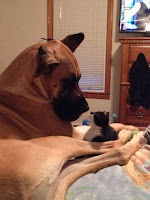 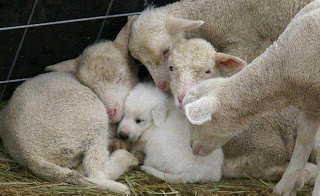 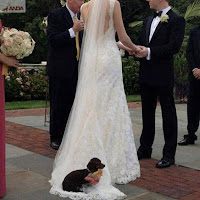 
I'd kill for a Nobel Peace Prize.

Borrow money from pessimists -- they don't expect it back.

Half the people you know are below average.

99% of lawyers give the rest a bad name.

A conscience is what hurts when all your other parts feel so good.

A clear conscience is usually the sign of a bad memory.

If you want the rainbow, you have got to put up with the rain.

All those who believe in psycho kinesis, raise my hand.

The early bird may get the worm, but the second mouse gets the cheese.

I almost had a psychic girlfriend...But she left me before we met.

OK, so what's the speed of dark?

How do you tell when you're out of invisible ink?

If everything seems to be going well, you have obviously overlooked something.

Depression is merely anger without enthusiasm.

When everything is coming your way, you're in the wrong lane.

Ambition is a poor excuse for not having enough sense to be lazy.

Hard work pays off in the future; laziness pays off now.

I intend to live forever... So far, so good.

If Barbie is so popular, why do you have to buy her friends?

Eagles may soar, but weasels don't get sucked into jet engines.

What happens if you get scared half to death twice?

My mechanic told me, "I couldn't repair your brakes, so I made your horn louder."

Why do psychics have to ask you for your name?

If at first you don't succeed, destroy all evidence that you tried.

A conclusion is the place where you got tired of thinking.

Experience is something you don't get until just after you need it.

To steal ideas from one person is plagiarism; to steal from many is research.

The problem with the gene pool is that there is no lifeguard.

The sooner you fall behind, the more time you'll have to catch up.

The colder the x-ray table, the more of your body is required to be on it.

Everyone has a photographic memory; some just don't have film.

If at first you don't succeed, skydiving is not for you.

If your car could travel at the speed of light, would your headlights work?

Posted by Unknown at (permalink) 8:13 AM No comments:

Creepy, yet engaging.  With animation and special effects, a few minutes of video can show decades of aging.  It happens slowing enough to be almost imperceptible, yet still all within just a few minutes...

Michael J. Totten has a new Kickstarter project running, to finance a reporting trip to Cuba.  I'm in – he's one our best independent journalists, a refreshingly blunt observer in the dark corners of the world.  As I write this, his project is just $365 short of its tiny $8,000 goal.  If you can, and are so inclined, go support him – he's a resource we need in this crazy world...

Maybe it can be unseen?  Scientists come up with a way to selectively erase memories.  Man, I've seen some things I'd love to be able to forget!  Where do I get some?

Because Obama.  Hybrid Prius tanks and your own senator for a year!  Oh, my.  I can't decide whether to laugh or cry – this spoof is funny, but also too damned close to reality...

Judge OKs TSA lying.  This is how we all get enslaved to the bureaucrats.  Dolores Umbridge would feel right at home there.

We're going to see many things like this.  As drone technology evolves, people are going to find more and more useful ways to leverage eyes in the sky.  Farmers today, who knows what tomorrow?

When you've lost Bruce Schneier...  The crypto community is a-buzz over a comment by Bruce Schneier that strongly implies he no longer trusts NIST's elliptic cryptography standard.  Presumably he's concerned about the existence of an NSA backdoor.

He should have canceled the speech.  So says Peggy Noonan, and I agree. He didn't have much to say, and he said it badly...

I don't even like Jello.  So why is this so fascinating?

So wrong, on so many levels.  The WSJ editorial board weighs in with a good analysis of Putin's rescue of The One.  You just can't make this stuff up!

The missing symbol.  An evocative artifact of 9/11 that won't be in the 9/11 museum.  Why not?  Short answer: progressive political correctness...

man ascii and four other very useful *nix commands.  Three of these were new to me.  I'll use them, if I can remember them :)

Ginormous aquifer discovered in Kenya.  They sure need the water badly in many parts of Africa.  I worry, though, about aquifer depletion as has happened in the western U.S....

Amazing acrobatic duet.  Via my mom...
Posted by Unknown at (permalink) 8:08 AM No comments:

Twelve years ago this morning, 2,977 innocent people, mostly American, were killed by al Qaeda terrorists who hijacked four aircraft.  Two were crashed into the World Trade Center in downtown Manhattan, one was crashed into the Pentagon, and one went down into a field in Pennsylvania (presumably because the passengers overpowered the hijackers).

Like most Americans, I will never forget the shock and horror of that day, or our fears in the days immediately following.  I mourn those 2,977 innocents, and each year on this day I take a few minutes to remember them.

I also will never forget how this nation came together in response.  I celebrate that American spirit each year on this day.  But that sure didn't last long, did it?

As the years go by and our ineffective, intrusive, and downright un-American response to 9/11 congeals into institutional concrete ... I'm beginning to think that the cure was worse than the injury.  The TSA appears to be nearly completely ineffective, but costs billions of dollars each month and is as entrenched as any bureaucracy I've ever heard of.  The NSA revelations, still slowly and painfully rolling out, collectively reveal how precious little our government doesn't know about us.  The only thing that seems to have truly been improved is our intelligence capabilities, and I'm really just hoping for that – inferring from the lack of successful follow-on attacks that our intelligence gathering must be working...
Posted by Unknown at (permalink) 6:49 AM No comments: