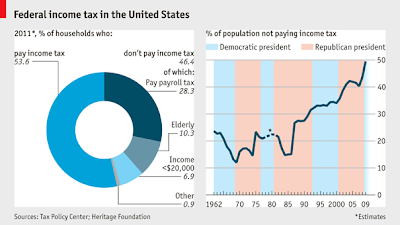 Romney's remarks about the 47% who do not pay (Federal) income tax has been much in the news recently.  I've wailed about this myself.  The graph at right nicely illustrates the issue (from this article).  When I first entered the workforce (in the late '60s), only about 12% of the workforce paid zero taxes.  At my first paid job (as a dishwasher/busboy at Howard Johnson's on the NJ Turnpike), I was paid minimum wage (then $0.85/hour for teenage workers, and $1.25/hour for adults).  I paid taxes out of those wages, enough taxes to thoroughly piss me off.

But Megan McArdle (writing at her new home with The Daily Beast) writes some uncomfortable truth.  Uncomfortable for conservatives, that is.  As she points out, the reason so many people don't pay Federal income tax is that Congress has started using the tax code to promote social policy, by picking winners and losers.  The winners (those paying less tax or getting credits) are those who follow the supported social policy – and many of those policies are those supported and promoted by conservatives.  In the chart above, the numbers don't lie: for the most part, the massive increases in the percentage of the workforce paying zero Federal taxes have occurred in Republican administrations.

Ms. McArdle strikes directly to the right problem: the use of the tax code to support social policy.  She supports this use of the tax code; I (and many others) do not.  The only way to eliminate all this picking of winners and losers would be to completely flatten the income tax – one rate, charged on all income over a threshold level, with zero exemptions, deductions, or credits.

Now if I can only live long enough to see this happen...
Posted by Unknown at (permalink) 5:06 AM No comments:

Make sure you try dragging the lower image around...
Posted by Unknown at (permalink) 4:51 AM No comments:

I've posted something similar before, but this one is even better:

This is awesome – everything you need to know about Obamacare, in a single sentence (and under two minutes)... 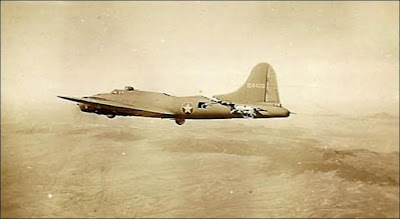 This particular B-17 survived a mid-air collision with a German fighter over the docks of Tunis.  Amazingly the pilot managed to land the badly-damaged aircraft, and not a single crew member was injured at all.

I'd never heard this story before.  Read all about it...
Posted by Unknown at (permalink) 4:44 AM No comments: 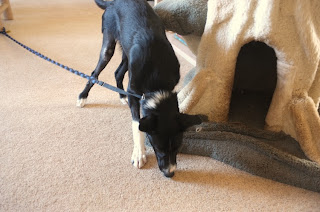 There's a new puppy at our house: Boomer, a five month old male Border Collie.  He's not ours, though – he belongs to an Australian couple (Brent and Francisca M.) from Queensland.  They asked Debbie to do “foundation training” on him, to get him ready for an agility competition career.  This was arranged by the breeder, the same one we got our Border Collie (Race) from.  We'll be keeping Boomer until next February; then he'll be making the long flight to Australia.

Boomer is recovering from surgery to repair an injury he got a few weeks ago.  He has some convalescing to do before he's ready for aggressive training.  That's clearly not his opinion, though – he's a ball of fire, ready to start playing with anything and everything right now.

He's getting along great with our four dogs, though our dogs are showing signs of a little jealousy over the attention Boomer is getting.  The cats are another story – Boomer thinks they are just the greatest toys evah!  We've got some training to do on that front :-)

It's fun having a puppy in the house again...
Posted by Unknown at (permalink) 4:39 AM No comments: