Passed along by friend and reader Tom B.:

The American Automobile Association (AAA) is calling for legislators to suspend the sales of E15 gasoline (gasoline that is 15% ethanol) until concerns about vehicle damage and consumer confusion can be allayed.

I'd like to see sales suspended for a completely different reason: the utter stupidity of substituting corn-derived alcohol for gasoline.  Why is it stupid?  For starters, it's actually worse for the environment than using gasoline (though the environment is the excuse being used).  Secondly, it's an inferior fuel for the vast majority of internal combustion engines on the road today.

If you do the research that I have done, and convince yourself (as I have) that the above statements are true, you might wonder why on earth the federal government is mandating ethanol-polluted gasoline.  As always, just follow the money.  The corn industry is beside themselves with joy at this mandate, as it provides extremely high demand (and therefore high prices) for their product – and they don't even have to do any marketing to get it!  Naturally, they show their appreciation by showering the federal politicians with money (all very well documented).

Just follow the money.  As always...
Posted by Unknown at (permalink) 8:04 AM No comments:

It's billed as a “top ten” list.  I don't think it quite rises to that level, but still there are some good ones here...
Posted by Unknown at (permalink) 7:55 AM No comments:

You'll Never Think of an Egg the Same Way Again... 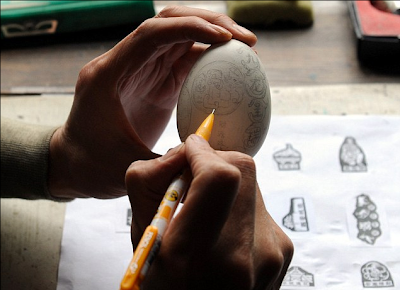 Artists who display almost inconceivable craftsmanship have always impressed me.  This is one of them.  Carving eggshells?!?!  What even made someone think of this?

Awesome...
Posted by Unknown at (permalink) 7:53 AM No comments:

...as related by Rachel Lucas.
Posted by Unknown at (permalink) 7:50 AM No comments:

Hint: not much in the U.S. (outside of Texas, anyway), none in Europe.  Asia and Mexico are blowing the barn doors off.

Interactive infographic of doom...
Posted by Unknown at (permalink) 7:49 AM No comments: 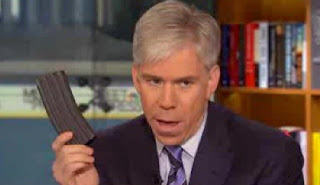 If you haven't been keeping up with the news, here's the David Gregory flap in brief...

David Gregory is a “TV journalist” and moderator of NBC's Meet the Press.  On the December 23rd show, Gregory waved around a 30-round bullet magazine – an item that is illegal in Washington, D.C., where he was at the time.  It turns out that NBC asked the D.C. police for permission to display the magazine before the show aired – and that permission was denied.  Gregory waved it around anyway.  Now the police are investigating him for possible prosecution under the aforementioned law.

Journalists all over the U.S. are raising a stink about this.  “It's obvious he had no criminal intent!” is the basic line.  Now Mark Steyn:


David Gregory intended to demonstrate what he regards as the absurdity of America’s lax gun laws. Instead, he’s demonstrating the ever greater absurdity of America’s non-lax laws. His investigation, prosecution, and a sentence of 20–30 years with eligibility for parole after ten (assuming Mothers Against High-Capacity Magazines don’t object) would teach a far more useful lesson than whatever he thought he was doing by waving that clip under LaPierre’s nose.

To Howard Kurtz & Co., it’s “obvious” that Gregory didn’t intend to commit a crime. But, in a land choked with laws, “obviousness” is one of the first casualties — and “obviously” innocent citizens have their “obviously” well-intentioned actions criminalized every minute of the day. Not far away from David Gregory, across the Virginia border, eleven-year-old Skylar Capo made the mistake of rescuing a woodpecker from the jaws of a cat and nursing him back to health for a couple of days. For her pains, a federal Fish & Wildlife gauleiter accompanied by state troopers descended on her house, charged her with illegal transportation of a protected species, issued her a $535 fine, and made her cry. Why is it so “obvious” that David Gregory deserves to be treated more leniently than a sixth grader? Because he’s got a TV show and she hasn’t?

Anything involving guns is even less amenable to “obviousness.” A few years ago, Daniel Brown was detained at LAX while connecting to a Minneapolis flight because traces of gunpowder were found on his footwear. His footwear was combat boots. As the name suggests, the combat boots were returning from combat — eight months of it, in Iraq’s bloody and violent al-Anbar province. Above the boots he was wearing the uniform of a staff sergeant in the USMC Reserve Military Police and was accompanied by all 26 members of his unit, also in uniform. Staff Sergeant Brown doesn’t sound like an “obvious” terrorist. But the TSA put him on the no-fly list anyway. If it’s not “obvious” to the government that a serving member of the military has any legitimate reason for being around ammunition, why should it be “obvious” that a TV host has?

If they'd arrest and prosecute me for waving a 30 round magazine around in Washington, D.C. ... then there's no good reason why they shouldn't do the same to David Gregory.

You want some indication of how this is going to play out?  Try this: yesterday David Gregory interviewed ... President Barack Hussein Obama.
Posted by Unknown at (permalink) 7:06 AM No comments: