Model X update...  I just received an email asking me if I could be in Salt Lake City on Friday to pick up my Model X.  Woo hoo!

At one point they (Tesla) told me that my Model X should be done in early 2016.  Apparently their definition of “early” is the next-to-last day of the year.  :(
Posted by Unknown at (permalink) 1:50 PM No comments:

We live in a postcard...

We live in a postcard...  Here are some photos from a trip we took up Blacksmith Fork Canyon.  We just got back a few minutes ago.  It's a winter wonderland up there!  All of these were taken from along the road.  The first one we took just to show how many deer tracks are out there – those were are all made within the last 15 hours or so.  The sixth photo is an “iPhone telephoto” (all digital, not optical) of a common phenomenon back there: icicles formed by melting snow cascading off rock.  The seventh photo shows the bluff above the man-made pond whose outflow drives a turbine that provides power for the people living in Hyrum (just north of our house). 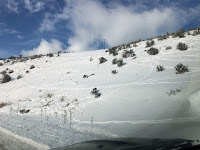 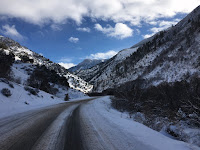 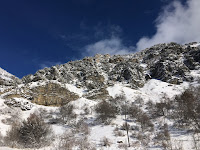 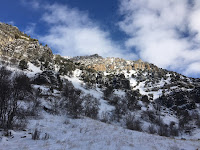 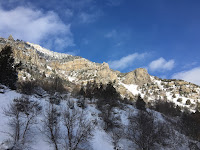 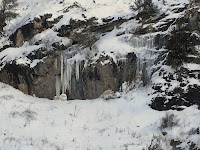 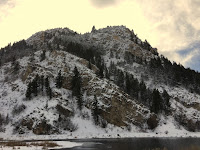 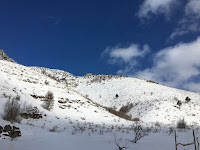 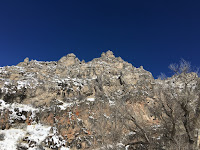 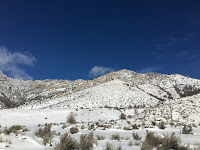 Posted by Unknown at (permalink) 1:46 PM No comments:

Paradise ponders, Christmas food coma edition...  Well, we had our planned Christmas dinner: a fine cream of asparagus soup, a main course of homemade noodles and beef stroganoff, and chocolate mousse for dessert.  I forgot to take photos of the soup and mousse. :)  The noodles were good, but we had too many of them :)  We doubled the recipe when we really should have halved it!  The beef stroganoff was very good.  We'll adjust the recipe a little next time we have it, but it's definitely good enough to have again.  The chocolate mousse was just as good as our memories of it.  It turned out that my brother Scott (in the first photo below) had never had chocolate mousse before in his life.  It was a revelatory experience for him, despite containing something he normally wouldn't eat (sugar). 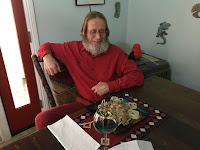 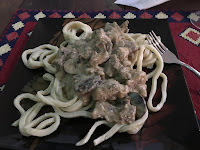 After dinner we opened presents, which was mostly Scott's job. :)  He had a nice pile of packages under the tree, most of which contained presents for his kitties.  He also got some new pants.  He brought us a beautiful present, but it wasn't wrapped: a wreath made of cleverly intertwined driftwood (and naturally I forgot to take a photo of it!).  I'm thinking about finishing it with a penetrating oil finish to help bring out the wood's beauty, and Debbie's thinking of different ways to decorate it for various times of year.

We had a rousing game of a family favorite card game last night: Oh Shit!  Scott won the game, fair and square – first time he's done so since roughly 1832.  After that, we shoved him out the door with his pile of presents (and some stroganoff and mousse) and sent him home.  He made it safely; he told me this morning that basically only Paradise had any significant snow.

This morning it was 15°F when I got up, and even now it's only up to 17°F.  Since I plowed yesterday morning we got an additional two or three inches of snow, so I'm about to go out and plow again.  The photos below will give you some idea what it's like here right now.  The snow is a very fine powder, light as a feather, which should make the plowing, blowing, and shoveling relatively easy.  It fell yesterday with zero wind conditions, which made it pile up very high.  The willow tree (second photo) has 5" or more piled onto some branches.  The dried sunflowers (last two photos) have a couple inches piled onto each flower, quite a sight!.  In the first photo, to the left of the fence you can see the “tracks” made by Tim's two horses.  They're still having a great time pawing up alfalfa from under the snow.  The third photo is a pile of driftwood that Scott gave me – the big piece on top has almost six inches piled on it. 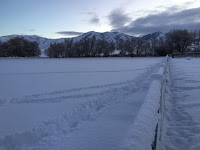 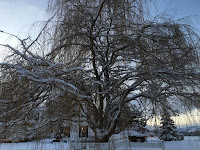 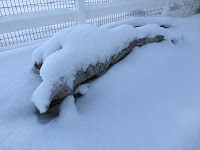 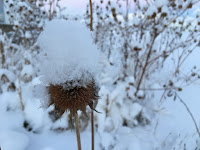 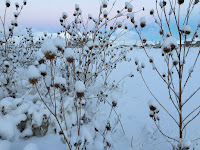 Ok, I can't put it off any longer: time to plow!
Posted by Unknown at (permalink) 7:48 AM No comments: