This is turning into a daily feature, as there's so much happening now:

JoNova demonstrates how NASA's James Hansen cooked the surface temperature data.  She also has a link-filled post about how the AGW crowd (now that their science is being successfully challenged) has been reduced to hurling insults and attempting bullying of the skeptics.

Roger Pielke reports on the WMO's update to their hurricane (tropical cyclone) perspectives.  These are the same folks who for the past few years have regularly been reporting that mankind's activities have been causing more hurricanes, more powerful hurricanes, and more hurricanes that made landfall.  The money quote from their most recent report: “…we cannot at this time conclusively identify anthropogenic signals in past tropical cyclone data.”  Translation: they don't see any effect caused by mankind's activities...
Posted by Unknown at (permalink) 8:06 AM No comments:

These have turned into a big business, with the main challenge being finding good crews.  The Columbian drug lords are considering automating the subs, eliminating the need for a crew – doesn't really sound all that difficult, technically, so I suspect they'll succeed in this venture.

We spend billions of dollars every year on the “war on drugs” – and those unfortunates who want the drugs get them despite our DEA's best efforts.  Personally, I'd much rather see the drug trade legalized (and taxed).  Think of the resulting benefits: new tax revenues for the government to waste, less tax dollars needed for the DEA (zero, hopefully), and less tax dollars spent on the totally useless prosecution and incarceration of drug users.  Who loses from drug legalization?  As far as I can tell, only the DEA and the illicit drug trade.  The rest of us win, including the drug users who would pay less for their habit.

You know, we've seen this movie before: alcohol and Prohibition.  The parallel is rather precise, even including addition (an alcoholic is, after all, an alcohol addict)...
Posted by Unknown at (permalink) 7:51 AM No comments:

Austin Bay on Obama and Iran...

StrategyPage posted an article yesterday by Austin Bay analyzing the Obama administration's reactions to the Iranian nuclear weapons development program.  Warning: the article is very badly formatted, with many words run together.  THis makes it a little difficult to read, but it's worth it.  As always, Bay has interesting insights into events in this part of the world...
Posted by Unknown at (permalink) 7:42 AM No comments:

This is just plain weird.

And before you ask: no, I haven't tried it yet.  The very thought makes me uncomfortable...
Posted by Unknown at (permalink) 7:38 AM No comments:

The Stryde Hax blog has all the technical details of how Harriton High School was able to use Mac book web cams to spy on their students at home.

The technical elements of this story are a classic clever hack, nothing really earth-shattering in them.

The truly scary part of the story is that the high school thought that this was a good idea.  The even scarier part is that some (thankfully a tiny minority) of the students and their parents also thought it was a good (or at least acceptable) idea...
Posted by Unknown at (permalink) 7:36 AM No comments:

Prior to reading this report, I had no idea that American taxpayers were paying billions of dollars to build embassies in foreign countries.  These are veritable monuments to bureaucracy.  $850 million for an embassy in Pakistan?  What in the hell are these people thinking?

Posted by Unknown at (permalink) 7:30 AM No comments:

The spectacularly successful Cassini mission to Saturn continues, though you see little mention of it in the lamestream media.  On a recent pass near the Saturnian moon Enceladus, Cassini captured many more images and science data – grist for the scientists trying to figure out what makes Enceladus tick.  The image at right (as usual, click to enlarge) shows particle-and-water-vapor jets near the moon's south pole.  The most intriguing finding to date: Enceladus might actually be a friendly place for carbon-based life.

I sure wish we had more Cassinis and fewer ISS picture windows...
Posted by Unknown at (permalink) 7:25 AM No comments:

Yesterday three Google executives were convicted in Italy of privacy violations.  What did they do?  They “allowed” some Italian teenagers to upload an awful video of an autistic kid being tormented, and didn't pull it down quickly enough.  What's “quickly enough”?  The court didn't say.  How fast did Google pull it down?  It depends on whose story you want to believe, but Google says they pulled it down within three hours of the first complaint they received.

Google will, of course, appeal this conviction (see their official blog post).  It seems completely absurd to me, akin to holding UPS responsible because someone packed an awful video in a box and shipped it via UPS.  If companies like Google actually became liable in many countries for the content uploaded by Internet users, the inevitable result would be that all the wonderful, free services like Google video would go away, or would require payment &dash; for those companies would have to decide between hiring armies of censors or simply dropping the problematic line of business.
Posted by Unknown at (permalink) 7:16 AM No comments:

A Hero in Colorado... 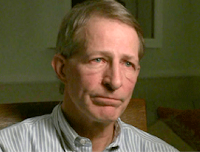 An unarmed teacher stops a gunman in the act of shooting, but isn't satisfied with his own performance.  Two kids are injured (and expected to recover), nobody killed.

Here, David Benke is a hero; it's a classic American story.  In England he'd probably be charged with assault on the gunman...
Posted by Unknown at (permalink) 7:04 AM No comments:

This is old, but still instructive – of the kind of weapons-grade idiot the American people is somehow willing to elect, over and over:


Fortunately for all of us, it looks likely that Harry Reid will be defeated this November...
Posted by Unknown at (permalink) 6:58 AM No comments:

One of the innumerable Hope and Change® promises of The One was that he would reduce the pernicious influence of lobbyists in Washington, most famously by not allowing lobbyists to hold positions in his administration.

So how's that working out?

Mark Steyn, in his literary mode, on J. D. Salinger (author, most famously of Catcher in the Rye, who died last week).  Mark Steyn resides in New Hampshire these days, not all that far from Cornish, where J. D. Salinger lived.
Posted by Unknown at (permalink) 6:41 AM No comments:

It's Come to This: Lawyers on the Battlefield...

What a strange world we live in!  The WSJ has the story about lawyers calling the shots on the battlefield.  I have a great deal of trouble seeing this as a good thing for our soldiers...
Posted by Unknown at (permalink) 6:34 AM No comments:

Remember Kelo v. City of New London, the notorious (and puzzling) decision by the U.S. Supreme Court that defined the circumstances in which eminent domain can be used to take private property, specifically to include cases where the only “public good” is increased tax base for the government concerned?

Well, it's back in the news.  After the Kelo decision, the city of New London did in fact condemn the affected property, and bulldozed the houses.  Then the original developer who wanted the land backed out.  Now the city has announced plans to build townhouses on the condemned property.  So this entire affair in the precipitating case has come to naught: the city's revenue is essentially unchanged, and the citizens lives were disrupted for no reason.

How sad.  And how very un-American.  I'm still angry about Kelo, years later...
Posted by Unknown at (permalink) 6:31 AM No comments:

The Danger of Lying in Bed...

Excellent short story about perceived risk – from 1871, by Mark Twain!  Via the always-interesting Bruce Schneier...
Posted by Unknown at (permalink) 6:15 AM No comments: