English is a Crazy Language...

Passed along by my friend and colleague Aleck L. (for whom English is a second language).  As always, click to enlarge: 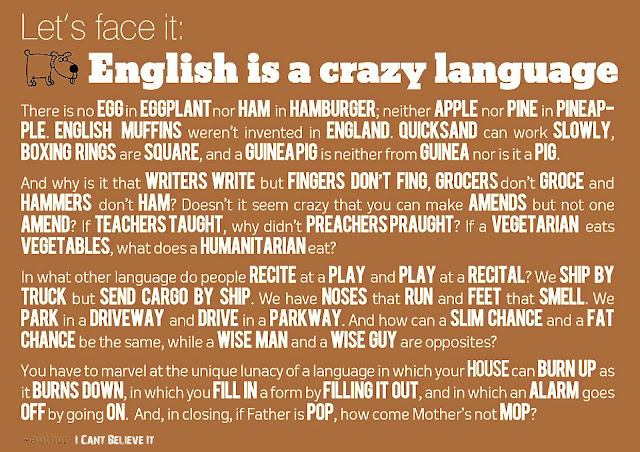 Posted by Unknown at (permalink) 9:24 AM No comments:

What's Wrong with this Picture? 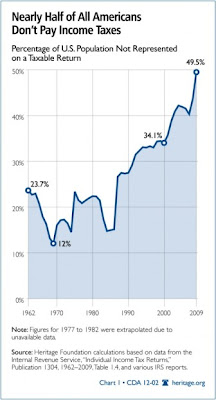 The chart at right covers most of my lifetime.  When I first entered the workforce, 88% of all Americans paid income tax.  I paid income tax while working in my very first “real” job (that is, one I was being paid wages for) – as a dishwasher for the New Jersey Turnpike's Howard Johnson's restaurant.  That was a minimum-wage job.  I paid income taxes.

The same has been true for each and every job I have ever held.  I have always paid income taxes.

The same is not true today for about half of all Americans.  What this chart doesn't show is that the majority of that half who doesn't pay income tax actually receives money from the federal government (in the form of the “Earned Income Tax Credit” – the name of which is a terrific example of politically-motivated doublespeak).  Those of us who pay taxes are paying many of those who do not.

I don't know about you, but I find this involuntary transfer of my money to someone else quite infuriating.  And I will remember that in November...
Posted by Unknown at (permalink) 7:43 AM No comments:

Things like this are starting to show up quite regularly...
Posted by Unknown at (permalink) 7:31 AM No comments: