Some beautiful music...
Posted by Unknown at (permalink) 4:34 AM No comments:

Via Marsha Y., this punny perversion of Baum's iconic phrase:


Two old guys, one 80 and one 87, were sitting on their usual park bench one morning.

The 87 year old had just finished his morning jog and wasn't even short of breath.

The 80 year old was amazed at his friend's stamina and asked him what he did to have so much energy.

The 87 year old said, "Well, I eat Italian bread every day.  It keeps your energy level high and you'll have great stamina with the ladies."

So, on the way home, the 80 year old stops at the bakery.  As he was looking around, the lady asked if he needed any help.

He said, "Do you have any Italian bread?"

She said, "Yes,  there's a whole shelf of it. Would you like some?"

He replied, "I can't believe it, everybody knows about this shit but me."

Scientists have solved the pressing problem of dribbling teapots. 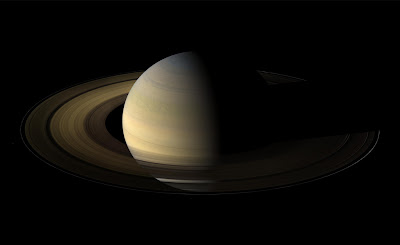 A spectacular photo collection, taken by Cassini in the Saturn system.

There's more science in this web page than in the entire history of the International Space Station.