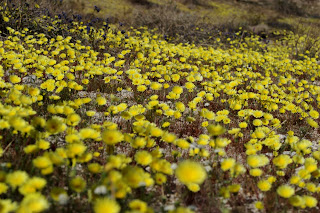 Here's a few photos of desert dandelion (Malacothrix californica), all on the Carrizo Badlands Overlook... 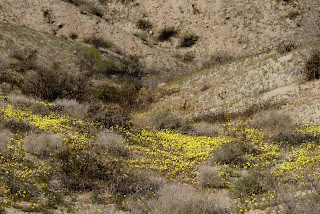 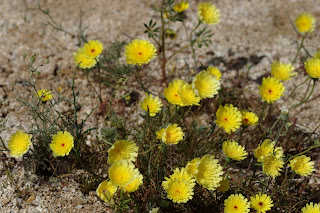 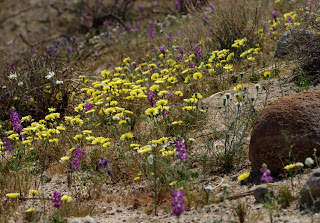 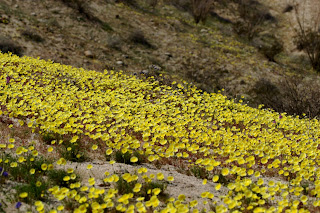 Posted by Unknown at (permalink) 7:35 PM No comments: 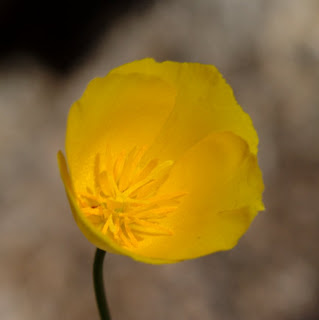 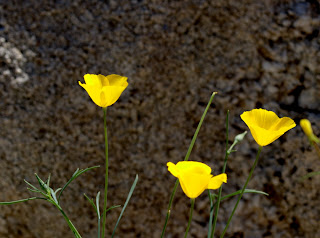 Posted by Unknown at (permalink) 7:32 PM No comments: 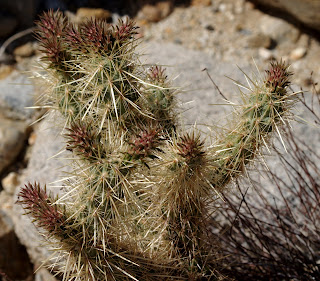 This is one of the several cholla species that grow in the Anza Borrego Desert, but I'm not certain which one it is. I liked the look of the new growth on it... 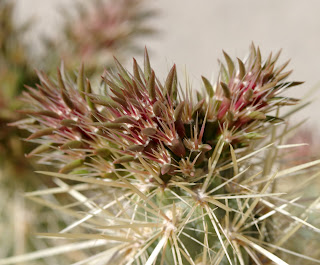 Posted by Unknown at (permalink) 7:11 PM No comments:

Arthur C. Clarke died yesterday at the age of 90, in his home in Columbo, Sri Lanka. He was the last of the surviving “Big Three” of science fiction (Clarke, Asimov, Heinlein) who had such an impact on the people who grew up in the '50s and '60s, as I did. He was a prolific author of both short stories and novels, but nothing he did was as well known as the movie 2001 Space Odyssey that he made with Stanley Kubrick.

In the early 1970s, I was in the Indian Ocean with the U.S. Navy, and I had occasion to visit Sri Lanka (then known as Ceylon). Clarke was one of my boyhood heroes, so I looked him up – and got an invitation to dinner with him. Those of you who know me have probably already heard the story – the experience wasn't a particularly pleasant one. I won't repeat the story now, out of respect. But that bad experience aside, Clarke's body of work is something that has given me great enjoyment and even inspiration. I'm sad to know that there will be no more.

I'll leave you with one of my favorite Arthur C. Clarke quotes:

Any sufficiently advanced technology is indistinguishable from magic.

Posted by Unknown at (permalink) 5:48 AM No comments: 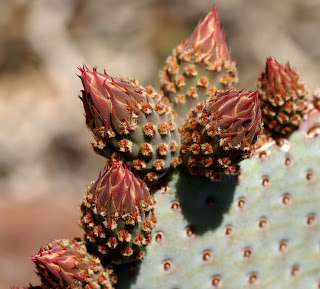 It's your morning dose of desert wildflowers, this time of three species all found in the little no-name canyon just south of Box Canyon on the east side of S-2. These photos were all taken last Saturday.

At right are the flower buds on a prickly pear, just about to burst into bloom. Hopefully it will still be in bloom when I return next week...

Very few of the larger barrels were in bloom – perhaps four individuals out of hundreds. The best of them is definitely yet to come... 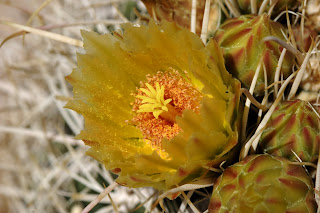 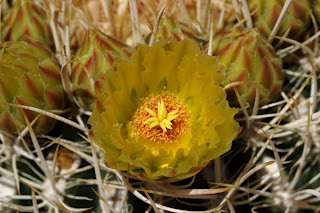 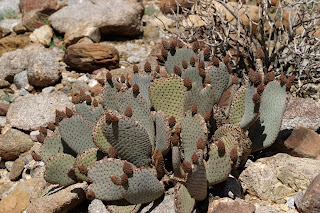 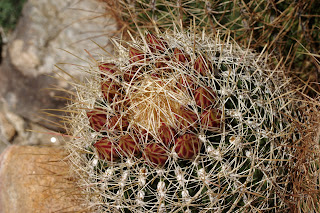 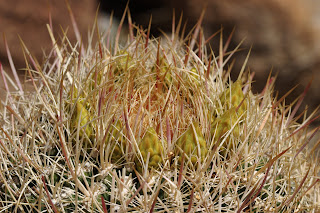 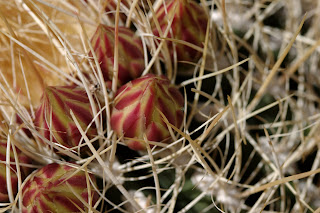 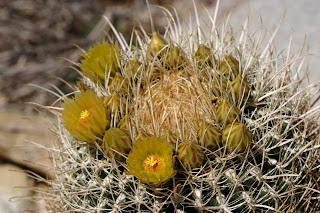 Posted by Unknown at (permalink) 5:21 AM No comments: