"Of course I won't laugh," said the nurse. "I'm a professional. In over twenty years I've never laughed at a patient."

"Okay then," said Fred, and he proceeded to drop his trousers, revealing the tiniest 'man thingy' the nurse had ever seen.

Length and width, it couldn't have been bigger than a AAA battery. Unable to control herself, the nurse started giggling, then fell to the floor laughing.

Five minutes later she was able to struggle to her feet and regain her composure.

"I am so sorry," she said. "I don't know what came over me. On my honor as a nurse and a lady, I promise it won't happen again. Now, tell me, what seems to be the problem?"

She ran out of the room.

Just When I Feel a Glimmer of Hope...

...a news story like this one comes along, and crushes that hope like an elephant stomping on an ant.

I don't want to believe that any public official could be that stupid – but this story is multiply-sourced and appears to be completely accurate.  This does not bode well for my country's future...
Posted by Unknown at (permalink) 6:20 AM 1 comment: 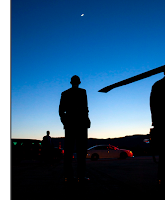 When Neil Armstrong passed away, the Obama administration noted the event by issuing a press release with the photo at right – a photo of Obama.  Many, myself included, noted the all-too-typical narcissistic move as yet another in a long series of such self-centered and off-putting moves.

Iowahawk went further.  He snagged a special guest commentary by our stargazer-in-chief.  It's full of classic lines like this one:


But in our shared moment of grief, let us also celebrate his historic accomplishment in becoming the first astronaut eulogized by me, Barack Obama, our nation's historic first African-American president.

It's by Iowahawk, so you know it's satire...and yet, it sounds so real!

Go read the whole thing (it's short), but put down your hot morning beverage first...
Posted by Unknown at (permalink) 6:16 AM No comments:

Posted by Unknown at (permalink) 6:06 AM No comments:

Interesting Speeches at the RNC Convention...

Artur Davis, Ann Romney, and Chris Christie all gave excellent speeches at the first night of the RNC convention last night.  Artur Davis' speech wasn't carried on most TV channels, so I've posted it below.

I thought all three of them were very effective, each in their own way.  Ann Romney's speech was notable for simultaneously being a very effective political speech, but not sounding like a political speech.  Chris Christie's “hard truths” and “second American century” were but just a couple of the excellent rhetorical devices he deployed.  Another was “Leaders don't read polls – leaders change polls!” – that's one that could be used to describe him.  Artur Davis provided a compelling example of someone who was hoodwinked by Obama in 2008 and is now searching for an alternative.  I sure hope his estimate that there are 6 million more like him proves to be accurate!

A good starting night for the RNC convention, I think.  To the extent that Democrats or Independents were watching, there's a chance it might have triggered some interest in the Republican candidate.  And tonight is Paul Ryan night...