The hazards of open source programming, part 692...  This is from the SQLite project.  Click to embiggen...
Posted by Unknown at (permalink) 3:45 AM No comments:

Barn progress...  So I did finish wiring all the lights in the garage section of the barn yesterday ...  and boy howdy is it nice and bright in there now when I flip the switch on!  There are 12 “100 watt” LED bulbs in there.  The LED bulb manufacturers have taken to specifying the light output of their devices in terms of incandescent bulb equivalents.  I guess the American public just isn't sufficiently acquainted with actual units of light brightness (usually lumens).  The specified power consumption of these LED bulbs is 17.5 watts each, or 210 watts total.  I measured it at 196 watts, or just under one sixth of the power it would have taken to achieve the same brightness with old fashioned incandescent bulbs.  Actually, if I couldn't have obtained LED bulbs, I would have used halogen bulbs, and they'd have used about 1,000 watts to get the same brightness.  I detest the CFL bulbs and would never have considered using them.

Next up on the wiring front: 30 more LED lamp fixtures for the two other “rooms” on the first floor of the barn.  Parts are on order for them. 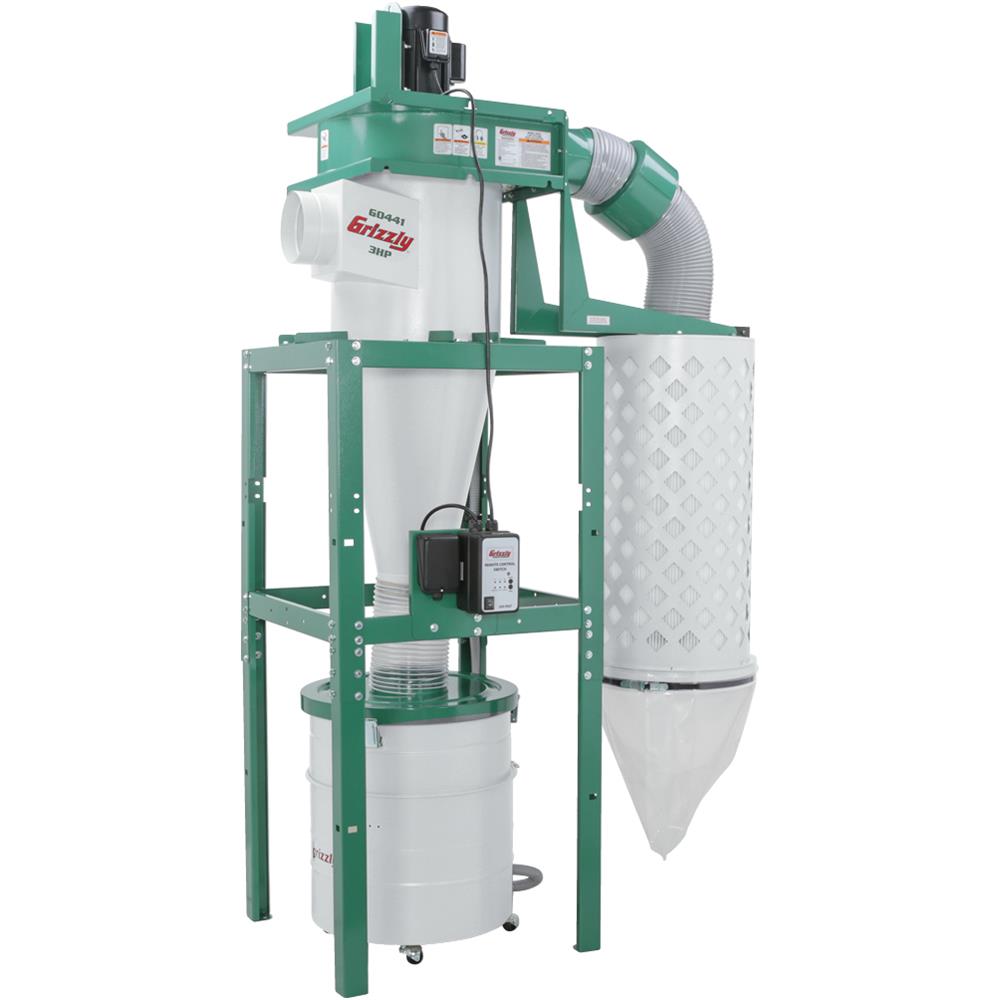 I had a few hours left yesterday after finishing the wiring, so I started assembling my new Grizzly dust collection system.  First step was to unpack the entire unit and inventory the (hundreds of) parts, and that took me nearly an hour.  The packaging of all these odd shaped parts was done in a very clever manner to reduce the total volume.  Some of the tricks took me a while to reverse-engineer so I could figure out how to get the parts separated.  My hat is off to the ingenious packaging engineer who came up with the dozen or so key elements of the packaging.  Not only did it reduce the volume tremendously, it also securely protected anything that was even slightly vulnerable.  The pallet weighed 494 pounds, and there isn't a ding, scratch, or even a little mark anywhere on anything.  Very impressive!

I haven't got very far on the assembly yet, but what I've done so far shows this thing to be a real beast.  I'm putting the stand together, and it's made out of very heavy gauge steel, beautifully powder coated.  It looks like something you'd see in an industrial setting.  Once I get this monster assembled and wired up, then I have to install 8 inch diameter ducting to the major pieces of equipment (most especially the table saw).  For smaller tools I can run 6 inch or even 4 inch ducting.  It will be interesting to see how all this works out!
Posted by Unknown at (permalink) 3:39 AM No comments: