What Your Computer Does When You Leave It Alone...

Via my mom: go here and click on play.
Posted by Unknown at (permalink) 7:52 AM No comments:

Usually we spend Thanksgiving Day with friends and family, at home (whether ours or someone else's).  This year we did something completely different. 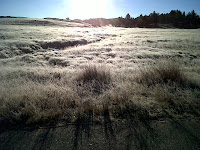 For starters, we got up before dawn and headed for our local mountains to see if we could spot some wildlife.  We didn't do so well on the wildlife front, but we did see some unexpected beauty caused by the combination of rain and sub-freezing weather.  Our drive took us up the short road to Stonewall Mine (in Cuyamaca State Park), through large meadows where we often spot deer and bobcats.  Yesterday we saw the wintry scene at right: thick frost on all the plants in the meadow.  It was melting before our eyes from the sun that had popped over the horizon just a few minutes before we got there. 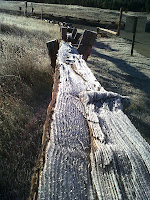 Further along that same road, we came to a low split-rail fence that was particularly pretty (at left).  Below you'll find a few close-ups that are interesting for the ice crystals that appear on the grain of the wood (some of which you can see at left).  The temperature outside was about 30°F (about -1°C) – very cold for us Southern Californians!

Later we drove up to Laguna Mountain.  There we saw something quite unexpected, and very difficult to capture in a photograph – the trees and bushes were covered in a thin layer (about 1/8", or 3mm) of ice that was as transparent as lead crystal glass.  What really made this stand out is that the northern flanks of Laguna Mountain all burned three years ago, and there are vast stands of the trunks and branches of burnt, dead trees and shrubs.  These were all coated with ice – and they were backlit by the early morning sun as we drove south on the Sunrise Highway.  The result was large shiny patches and stripes all over the mountains and hills.

Debbie and I struggled for a while to explain why these shiny patches had suddenly appeared – but then we drove past a stand of ice-coated manzanita skeletons, and then we understood.  The photo at right shows the lighting effects of the ice, though not very well.  Try to imagine what this would look like if I had taken a good photograph...then multiply that by 100 billion or so, and you'll have an idea what we were looking at.

We finished our drive by about 10 am, and now we were hungry.  Debbie made some delicious buckwheat pancakes (from 100% buckwheat flour, easy to buy on the Internet these days).  We slopped some excellent maple syrup on them and had ourselves a grand breakfast.  Later in the day, when we once again got hungry, we made ourselves a real treat: pan-fried eastern scallops (just butter and garlic – yum!), a casserole-like accompaniment made with bell peppers, mushrooms, sharp cheddar cheese, breadcrumbs, and milk, and rice.

The rest of the day we just relaxed, had a little wine, and were generally lazy and useless.  A wonderful day!

A few more photos from our drive: 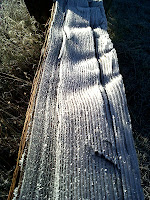 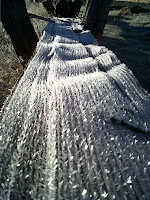 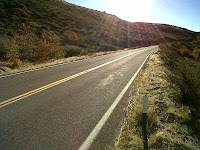 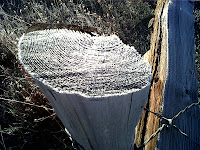 Posted by Unknown at (permalink) 7:40 AM No comments: 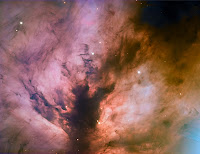 As always, click to enlarge. From APOD, of course.
Posted by Unknown at (permalink) 7:01 AM No comments: Yup, that pretty much says it...
Posted by Unknown at (permalink) 6:54 AM No comments:

The Obama administration recently gave the Nissan Leaf plug-in electric vehicle a mileage rating of 99 MPG.  That makes it look very good compared to almost any gasoline-powered vehicle.  But what does an MPG rating even mean on an electric vehicle?  And is it a fair comparison of the energy consumption of the Nissan Leaf to a gasoline-powered vehicle?

Many folks are skeptical of the benefits of all-electric vehicles.  In fact, there are very good reasons to wonder about the wisdom of producing them at all.  This debate is completely overshadowed, however, by the loud support that all-electric vehicles get from the usual suspects in the environmental wacko world, and from the Obama adminstration and their lapdog lamestream media.

So what's the actual truth here?  Warren Meyer, of Coyoteblog fame, has an excellent analysis in the current issue of Forbes.  If you're curious (and you should be, as your tax dollars are subsidizing GM's Volt), read it and understand...
Posted by Unknown at (permalink) 6:45 AM 1 comment:

Why creating public sector jobs is useless for growing the economy:

Posted by Unknown at (permalink) 6:37 AM No comments:

IowaHawk has the inside scoop.  Put down your morning beverage first, swallow your last gulp, then read...
Posted by Unknown at (permalink) 6:34 AM No comments: