How A Democrat Thinks...

First, make sure that no one you care about can see or hear you.  Then imagine you're a prominent Democrat.  Pause here to take a stiff drink if necessary; you may want to book a therapy session now if you're so inclined.

Ok, now consider how you should react to your colleague Senator Max Baucus' statement the other day – he said that the implementation of your beloved ObamaCare by the Obama administration was a “train wreck”.  Should you berate him for breaking ranks and sounding like a (gasp) Republican?  That's tempting, but in a moment you'll see that that would be an amateur response.  Should you ignore him?  Nope, better not, as this is starting to get some media attention.  Should you attempt to refute him?  No, no, that just won't do.  First of all, Senator Baucus, most unfortunately (from your Democratic perspective) has the facts on his side.  Even worse, the low-information sheep-like voters that you depend on won't understand the argument, as it would inevitably contain words with more than two syllables and would require an actual understanding of how government and economics work.  Nope, none of these options are good.

So, Mr. Prominent Democrat - what should you do?

Here's where you have a chance to display your mastery of what passes for political discourse in this country.  Here's where you turn what looks like a colleague's defection into a stellar opportunity.

Why, you agree with Senator Baucus, of course.  The Obama administration's implementation of ObamaCare is a train wreck - because we're not spending enough money on it!  Those nasty Republicans are causing problems for ObamaCare by refusing to sink even more money into it!

There, now, see how it's done?  You've just applied political jujitsu to a nasty situation, and turned it to your advantage.  Way to go, Senator Reid!

Of course, the real problem here is that the citizens of Nevada keep re-electing this piece of buzzard excrement.  Why?  You'll have to ask them.  I'm afraid I just cannot fathom it...
Posted by Unknown at (permalink) 5:49 PM No comments: 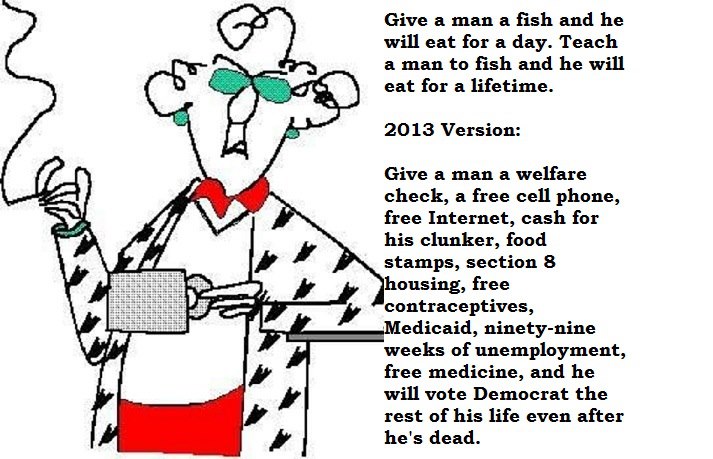 Posted by Unknown at (permalink) 8:24 AM No comments: