Take no prisoners...  Afghanistan has ordered its soldiers and police not to take Taliban prisoners – but to kill them outright instead.  Why?  Because captured Taliban are finding it relatively easy to bribe their way out of prison.  That means the only way to stop a Taliban operative is to kill him.

Most Americans have no experience with the kind of pervasive corruption one finds in many other societies, and are constantly surprised (and appalled) at the effects of it.  Afghanistan is one of those countries, and reportedly one of the worst – but it is certainly not the only one.  I was once responsible for business subsidiaries in Russia, where we routinely paid bribes (for things as mundane as getting an Internet connection) and protection money (it would be a shame if something happened to your nice, modern office).

Locals quickly figured out that American money was being poured into our office in St. Petersburg, and it was obvious that people were angling for every possible means to take a chunk of that for themselves.  Not by the means Americans would generally expect, either.  One example will give you a flavor for it.  Our staff there asked us if we would spring for a bottled water delivery service, so our engineering staff could stop drinking the municipal water – which smelled like gasoline and tasted worse.  We said “Of course!”, since we didn't really want to lose staff members to poisoning.  The first day's delivery consisted of 20 liter (~5 gallon) bottles filled with distinctly cloudy water.  When our staff complained to the water delivery guy, he said: “Oh, you want the clean water!  That will be 30 rubles (about $1) extra per bottle, cash only.”  This enterprising fellow had found a way to bribe us for our water!  Complaining to his boss didn't help, because of course his boss got a cut of it.

Take that story and repeat 100 times, and you'll see why we estimated that about 1/3 of our St. Petersburg operating budget went to bribes and protection money...
Posted by Unknown at (permalink) 6:56 AM No comments:

Worried about Curiosity's wheel wear issues?  Here's a very detailed article about it...
Posted by Unknown at (permalink) 6:41 AM No comments:

What the engineer should know about programming...

What the engineer should know about programming...  A magazine article from 1957.  Things have changed just a tad since then :)
Posted by Unknown at (permalink) 6:35 AM No comments:

Who needs that damned Constitution, anyway?

Related thought: do you suppose any foreign politician looks to the U.S. as a political model any more?  I read an article the other day talking about a debate amongst German talking heads, wherein the conclusion was that Putin's Russia was a far more viable model for Germany than Obama's America...
Posted by Unknown at (permalink) 6:33 AM No comments:

Barn: pier footing forms...  Our builder finished these yesterday afternoon, but the field was too wet and mucky for a concrete truck to get in.  We're hoping they can pour today.

The first photo just shows a rough form, sitting in its hole in the backfill.  The second shows the two rows of four piers.  The last shows the forms finished and ready to pour.  These are held up by stakes and are only roughly in the design position.  The top of them is several inches below the needed top of the pier foundation.  Once the footings have cured a day or two, a round form will be placed on top, and the top of this will be carefully positioned and set to the right height.  These will be poured next, after which the pier/footing “assemblies” will be backfilled around and compacted.  At that point (hopefully still this week), it will be time to put a layer of fine gravel over all the backfill, and carefully level it... 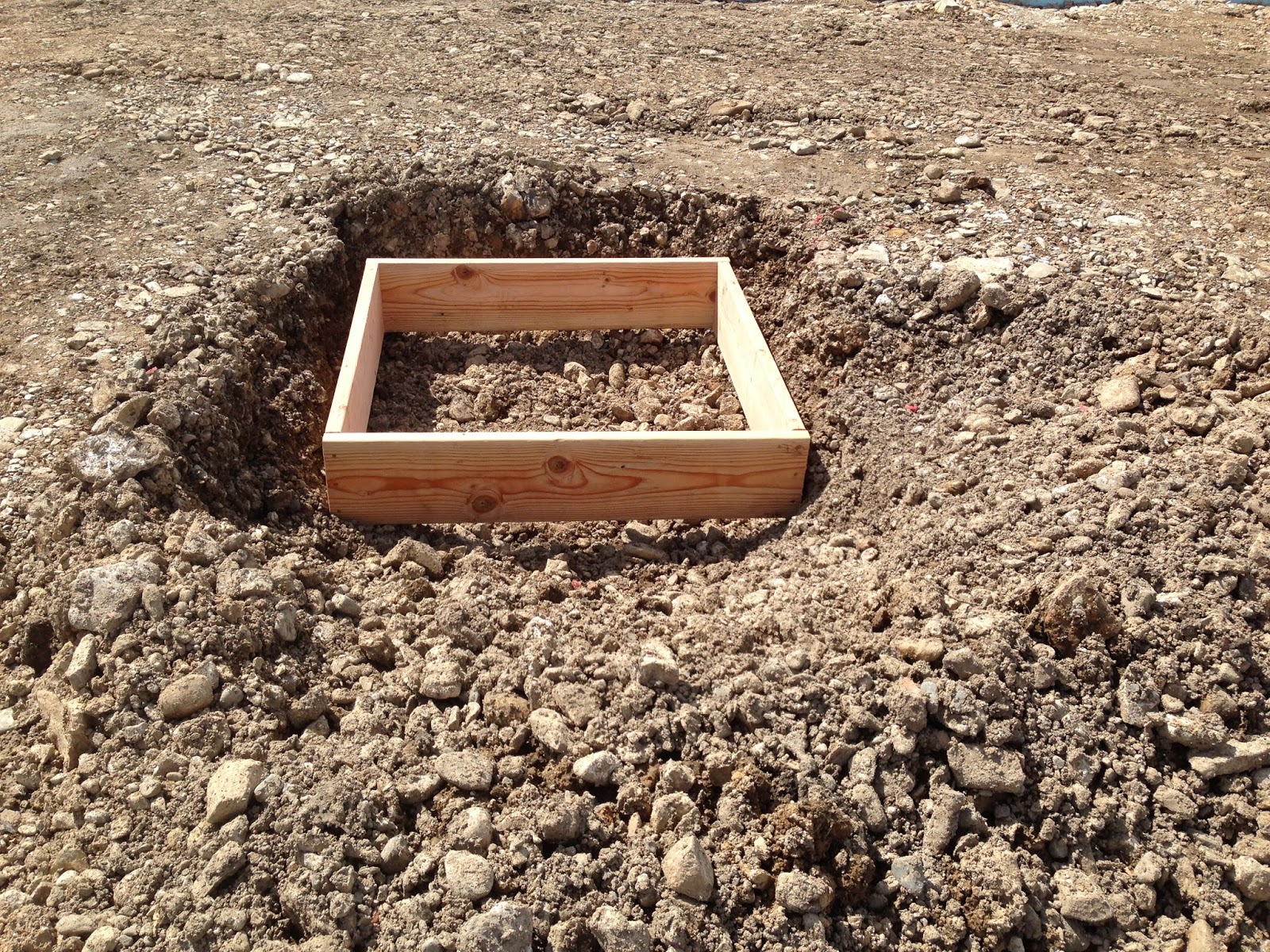 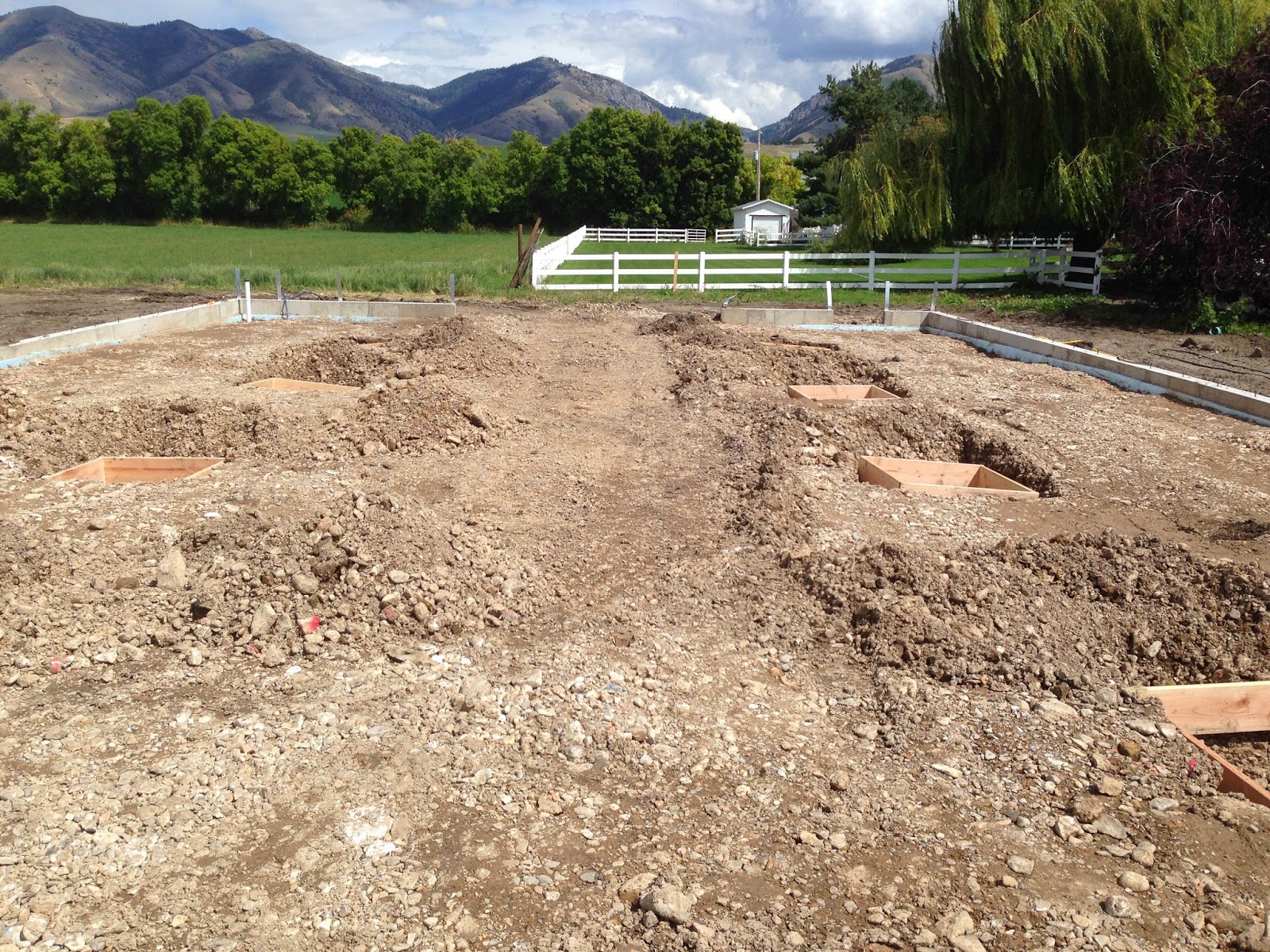 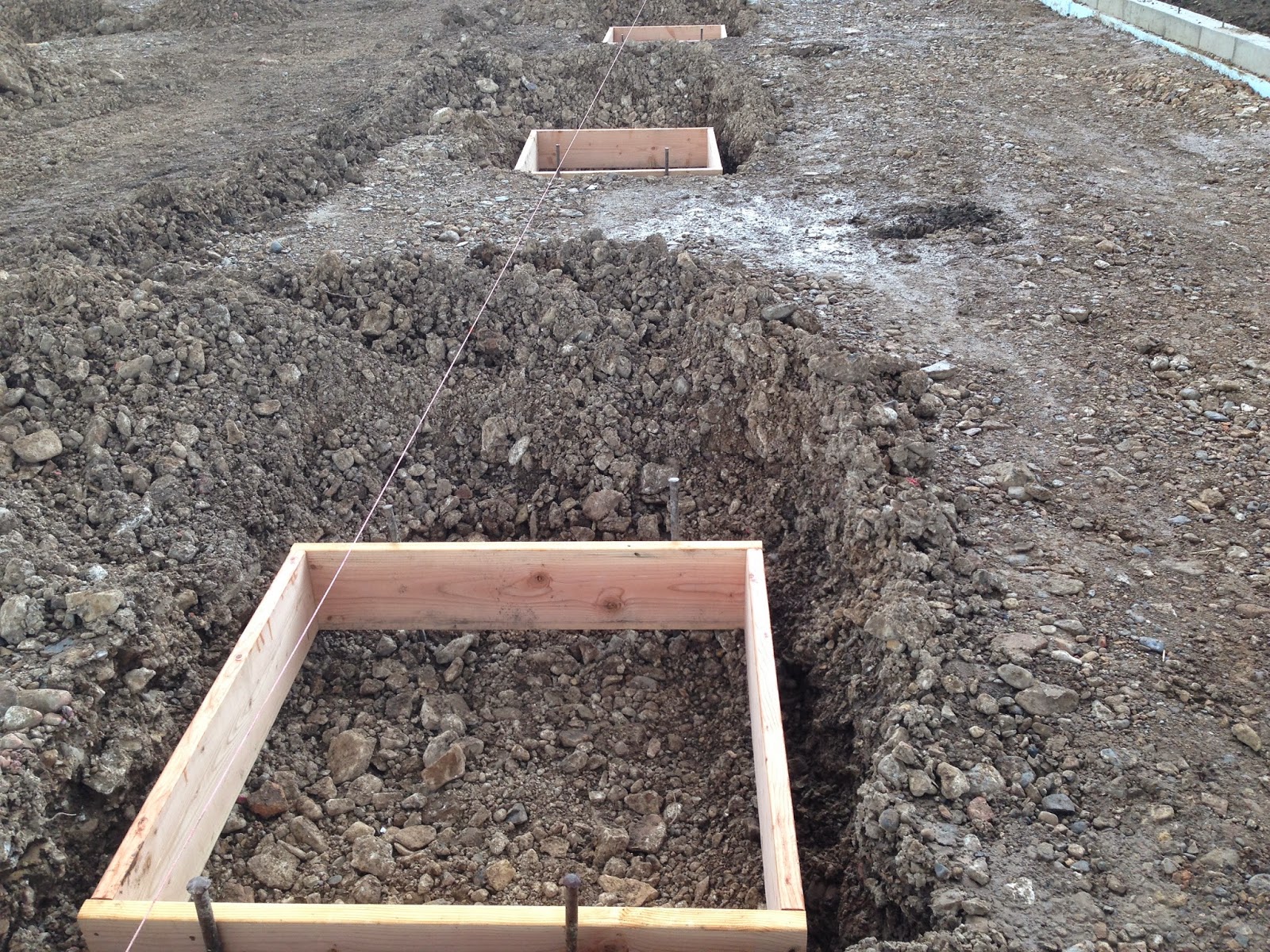