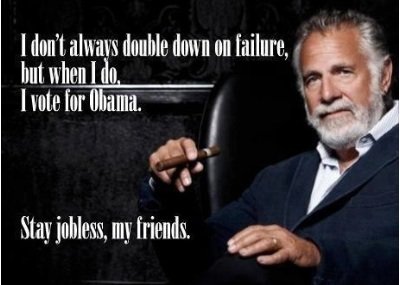 The Women of the Right...

Many observers over the years (including your intrepid blogger) have noted that if there were a beauty contest between the women of the left vs. the women of the right, the latter would win – and not by a small margin, either.  The unabashedly objectifying video below is typical of these observations.  Said observers have been called cads, misogynists, idiots, and worse.

Now science has come to our rescue:

The researchers also found the opposite to be true: Female politicians with less stereotypically feminine facial features were more likely to be Democrats, and the more liberal their voting record, the greater the distance the politician's appearance strayed from stereotypical gender norms.

In fact, the relationship is so strong that politically uninformed undergraduates were able to determine the political affiliation of the representatives with an overall accuracy rate that exceeded chance, and the accuracy of those predications increased in direct relation to the lawmaker's proximity to feminine norms.

There you have it. Science has proven the accuracy of what our eyes are telling us: hot female politicians are more likely to be conservative than liberal.

I'd like to see that study extended to Libertarian women.  From my own observations, I suspect they'd win the contest hands-down...

Glenn Kessler, writing at The Washington Post, has done a fine job of assembling a timeline of the administration's statements about the attack on our embassy in Benghazi and the murder of four of our citizens (including our Ambassador to Libya).

It's becoming increasingly obvious that the administration's statements – most especially those in the first few days after the attack – are outright lies.  We can't know for certain what motivated them, but Occam's Razor says that the simplest explanation is the most likely, to wit: Obama (aka “Killer of Bin Laden”) didn't want to admit to a terrorist attack on his watch, as that demonstrate the ineffectiveness of his Middle East policy in a way that even the most addled citizen would recognize.

As more details emerge, the Obama administration's conduct in Libya looks less and less defensible, and more and more like a bunch of starry-eyed naifs wandering around amidst men with weapons and deadly intent.  It reminds me a bit of the hippies who traveled to North Vietnam in the early '70s, believing that if only they could smoke a joint with Ho Chi Minh the war could be ended immediately.

We need an adult in the White House.

Remember that when you vote in November...
Posted by Unknown at (permalink) 3:47 AM No comments: 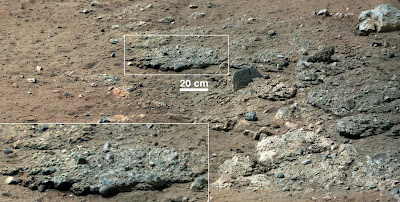 The Curiosity rover made a major discovery this week: a section of ancient rock that is unambiguously an ancient stream bed.  This sort of “alluvial fan” structure is very common on Earth – so common that geologists even know how to estimate the speed and depth of water flow from the stream bed's composition.

What's the significance of finding an ancient stream bed?  Mainly this: liquid water is one of the prerequisites for life-as-we-know-it to exist.  It's the only prerequisite not previously proven to exist on Mars.  Now we know that all the prerequisites have been met.  That doesn't mean we know that life did exist on Mars (or that it still does) – it just means that now we know for sure that it is possible that it did.  And that, of course, is just life-as-we-know-it.  It's entirely possible that some completely different form of life existed (or exists) on Mars.  The challenge there will be to figure out how to look for it.  That has been the subject of many a fine science fiction yarn...
Posted by Unknown at (permalink) 3:38 AM No comments: