Climate change – is there anything it can't do?

Climate change – is there anything it can't do?  James Delingpole deservedly mocks the UK's Guardian newspaper for credulously reporting that climate change contributed to the Boko Haram kidnapping of hundreds of Nigerian girls.  Reading things like this make me think that Homo sapiens is quickly “evolving” into Homo stultus...

Delingpole also reports that the latest studies of those rapidly disappearing Himalayan glaciers had some unexpected results: the glaciers are not disappearing after all!  In fact, if measured by the aggregate ice accumulation in all Himalayan glaciers, they're increasing at a higher rate than the climate models can model.  Oops!


Then there's this bit on Watts Up With That?, wherein Nobel-prize winning chump Michael Mann is caught out with his “hide the decline” fakery in a particularly delicious fashion.  The graph above right is from that story.

A friend from Estonia wrote me the other day, asking how I would react if Mark Steyn were somehow to lose his lawsuit with Michael Mann.  My correspondent is a fervent anthropogenic global warming believer, so he fully expects this outcome.  Here's what my reaction would be: I would lose what little faith remains in me about our American system of justice.  That reaction has absolutely nothing to do with whether Steyn's position is just, and everything to do with free speech – because in the end, that's what this lawsuit is about: whether Mark Steyn (or anyone else) can stand up and speak his or her mind.  Forget the climatology-related merits of each side on this case; they are irrelevant.  What's really on trial is good old-fashioned American-style free speech...
Posted by Unknown at (permalink) 9:08 AM No comments: 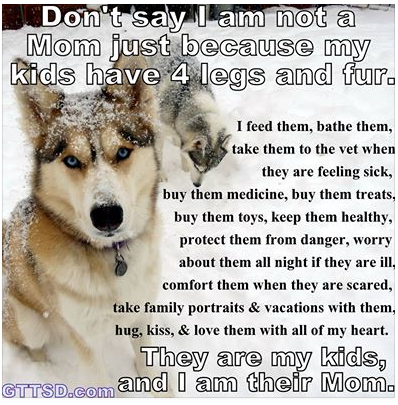 She's a mom, too...  Via my lovely bride, who is a “mom” to our four dogs, nine cats, and innumerable hummingbirds...
Posted by Unknown at (permalink) 6:43 AM No comments:

Geek: computers really suck at division...  By that, I mean that division is slow compared with other arithmetic operations, and there are no simple ways to make it faster.  So programmers will sometimes go to extreme lengths to avoid it...

I've never done anything quite like what the article describes.  However, I have used many other “tricks”, including table look-ups, shift-and-add (for fixed integers), and approximations.  The programmers working on video games have been particularly inventive in this area, as their code often needs to do many millions of divisions in order to paint a scene...
Posted by Unknown at (permalink) 6:40 AM No comments:

The face of corruption in America...

The face of corruption in America...  Texas style...
Posted by Unknown at (permalink) 6:36 AM No comments:

Free speech is one of America's most precious ideas...

Free speech is one of America's most precious ideas...  Our universities are conspiring to kill it, just as it starts to flower in other countries.  This does not bode well for America.  I feel the doom approaching when I think about the implications.

I'll bet the multi-culti, non-offending metro-sexual types would have an entirely different attitude if they had any experience or knowledge of the the world outside their bubble, or of the past.  I suspect this is where historical cycles originate; the pattern is quite visible even in our own country's history.  The current madness will likely end when some existential threat appears – and for a little while at least, we'll get back to the core values that the country was founded upon.  Then they'll probably fade to blackness yet again...
Posted by Unknown at (permalink) 6:35 AM No comments:

A beautiful idea...  It's also a wonderful example of the way the Internet enables things that were impossible without it...
Posted by Unknown at (permalink) 6:22 AM No comments:

It's very hard to overstate what an impact on our lives such a breakthrough would have...
Posted by Unknown at (permalink) 6:20 AM No comments:

Cognitive biases...  This is a good collection of them, with easily understood descriptions.

I've long noted that most people are completely unaware of these biases, though they'll readily recognize them when confronted with descriptions like those at the link above.

One thing that article doesn't mention is that people vary widely in their susceptibility to each of the biases.  For instance, in general introverts are much less susceptible to in-group bias.  I knew the late Dr. Alan Davidson, an industrial psychologist, quite well.  He and I had a fascinating conversation once about efforts to predict people's success by measuring their cognitive biases.  He believed that this effort, if made practical, was the only real contender to using IQ as a predictor of success.  At the time he and I had that conversation, about 15 years ago, the major finding so far was that successful people had much lower cognitive biases of certain types – and higher for other types.  For me, at least, that's a completely counter-intuitive result!
Posted by Unknown at (permalink) 6:19 AM No comments:

Recycling is bullshit!  Except for aluminum cans, that is.  Note: if some angry, salty language offends you, this video is not for you.

Many moons ago, when we lived in Chula Vista, I made a discovery that outraged me – but I was very alone in that reaction.  My discovery?  The city's waste collection system required us to sort aluminum, plastic, and paper trash into a blue recycling bin.  We were charged extra for these bins.  The contents of those bins went to a facility where the aluminum cans were picked out and sold – for slightly less than it cost to run the facility.  The remaining plastic and paper trash was then trucked – at extra cost to the taxpayers – to a separate landfill in Mexico.  The rest of the trash went into a landfill in San Diego County.  The overall result was that taxpayers were subsidizing a completely ineffective recycling industry that ended up not only costing more, but using more energy and disposing of a large quantity of paper and plastic in an unregulated Mexican landfill.

Before recycling was imposed legislatively, the vast majority of aluminum cans were recycled – by armies of people picking through the trash to make some money.  The proportion of aluminum cans that were recycled actually went down after recycling was imposed, simply because some people didn't recycle, but nobody picked through the trash any more.  The rest of the trash used to go all into a nice, safe San Diego County landfill, costing the taxpayers much less than trucking a bunch of it to Mexico.

When I shared my discovery with others, I was surprised that basically nobody shared my outrage.  It's a peculiar situation, where logic and common sense seem to be inoperative in the face of the “feel-good” aspects of recycling.  The entire multi-billion dollar industry seems to be one gigantic scam, a scheme to milk abundant tax dollars.  I'm sure you will not be a bit surprised to learn that the recycling companies are huge political campaign contributors...
Posted by Unknown at (permalink) 6:11 AM No comments:

California leads the way ... in billion dollar oopsies.  And yet the voters keep on electing these knuckleheads.  You'd think they'd figure it out eventually, wouldn't you?

Wait.  What am I thinking?  I've met some of these voters – and I think I should feel lucky they didn't elect Justin Bieber...
Posted by Unknown at (permalink) 5:59 AM No comments: