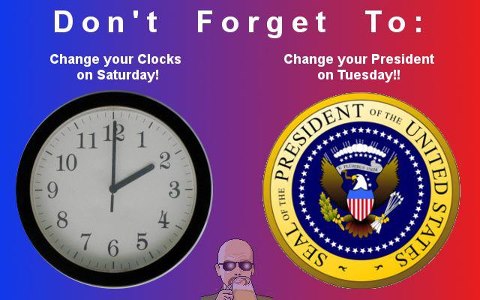 Posted by Unknown at (permalink) 1:24 PM No comments: 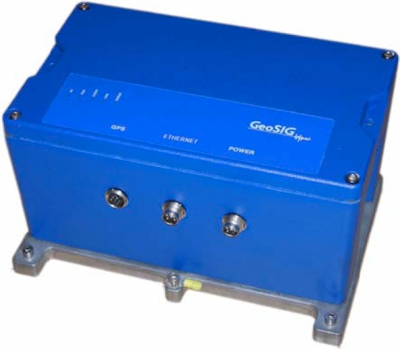 Something like two years ago, I first read about the U.S. Geological Survey (USGS) “NetQuakes” program.  Basically the USGS wants to get a denser network of seismographs in certain earthquake-prone area, such as southern California.  To reduce the cost of such a network, they came up with a capital idea: enlist a network of volunteer “seismograph hosts”.  Each of these hosts had to have a home with a concrete slab, power, and Internet access.  That describes just about every house around here, including ours.  So I signed up to be a volunteer.

Nothing whatsoever happened after that, until last week – when completely out of the blue, a nice young fellow from USGS called me and asked if I was still interested.  Of course I said yes, and last Thursday he showed up with a GeoSIG IA-2 “Internet Accelerograph” (PDF datasheet) just like the one at right, and a few tools.  I had picked out a spot underneath my IT gear that he thought was just dandy, and in just a few minutes he had the thing installed, powered up, checked out, and connected to the Internet (via WiFi!).  The bracket that holds the instrument (seen in the photo as the metallic plate on the bottom) is bolted to my slab and leveled.  The instrument itself snicks right into that bracket – so as my slab moves, the instrument itself moves.

And exactly what is the instrument?  The summary: a three-axis accelerometer with some smarts around it to pick the “strong motion” events to bother reporting, and to record not only the event itself but some time both before and after it.  The whole thing is running on an ARM processor; the OS is Linux.  Quite the modern piece of gear!

The data it collects is published up to the Internet and is publicly accessible.  The page for my particular instrument is here; a map of all the instruments is here (from here you can get to the data for any instrument).  The image below shows what the seismograph (all three axes) produces for an event it records:

If you'd like to volunteer for NetQuakes, here's the signup page.
Posted by Unknown at (permalink) 8:35 AM No comments:

...just cite a number that's an even power of 2.  The New York Times yesterday had a headline that did just that: 512 Paths to the White House.  As any geek would instantly know, 512 is 2^9 (2 raised to the 9th power) – so the chances are that some set of binary choices was being examined.

In this case, the binary choice was Obama or Romney winning any one of the nine “swing” states.  The New York Times counts nine states as possibly going either way on election day; other observers count as many as thirteen.

Two choices, nine states equals 512 (2^9) possible combinations of Obama/Romney wins in those states.  The page linked above has a nice, interactive “tree” diagram that lets you explore all those possibilities.  The subtitle points out that in 431 of those combinations, Obama wins the election; in 76 of them, Romney wins – and in 5 of them there's an electoral college tie (which means that the House chooses the president, and the Senate chooses the Vice President).  The fact that more combinations lead to an Obama win tells you nothing at all about the probability of an Obama win; it's just the result of Obama having more electoral college votes in states like California or New York, where there's almost no chance of him losing.

That even power of two caught my eye, though.  Without that, I'd never have clicked through to see that page :-)
Posted by Unknown at (permalink) 7:13 AM No comments:

One of the challenges facing our democracy is the way that our highly polarized politics isolates many people into “bubbles” of thought and logic.  In these bubbles, reflexive reactions replace actual thinking and consideration.  This makes it difficult (or perhaps even impossible) to change minds and to forge useful compromises.

Moving people out of their bubble is hard – and therefore quite rare.  In nearly all the cases I know of, it is a process begun and finished entirely on a person's own initiative.  The fascinating blogger Neo-Neocon has a wonderful series of posts that describe her escape from just such a political thought bubble.  Read those posts and you'll gain an understanding of just how difficult that escape was.

Wouldn't it be wonderful to have a tool that would make it easier to puncture the bubble?  That's just what a professor and graduate student team at the University of Illinois claims to have found, and they tested their tool (in part) by using people solidly in a political bubble.  It's an incredibly simple tool: a difficult-to-read font.  Seriously.
Posted by Unknown at (permalink) 7:00 AM No comments:

I've been programming computers for over 40 years now, in more languages than I can remember accurately.  Those languages include dozens of machine languages, close-to-machine languages (C, especially) and dozens more high level languages.  A few years before I started programming, the pioneering computer scientist Edsger Dijkstra published his famous monograph Go To Statement Considered Harmful – and, silly me, I thought that every living programmer was very familiar with it.  It was the seminal work that led to the notion of “structured programming”, which in turn quickly advanced into a rich and diverse set of programming language design ideas that is still evolving today.  Mr. Dijkstra started it all with that paper.

Last week, I discovered that several of my colleagues – all much younger than I – had never even heard of Dijkstra's monograph.  Worse, they'd never heard of the notion that “go to” statements were harmful.  They knew they shouldn't use them, but really didn't have any idea of why.  It was just something they'd been told.  I sent them a link to the paper, which is reproduced online.

For some reason that I can't quite identify, I found this just as shocking as the day a few years back when I discovered that many quite effective young programmers had no idea how computers actually worked.  I'm sure it has something to do with the fact that both of these things are central to my practice of the programming art.  That makes it difficult for me to understand how anyone could effectively practice programming without the same understanding – but the evidence is agin me...
Posted by Unknown at (permalink) 6:46 AM 2 comments:


I don't know whether Mitt Romney and Paul Ryan can fix things, but I do know that Barack Obama and Joe Biden won't even try – and that therefore a vote for Obama is a vote for the certainty of national collapse. Look at Lower Manhattan in the dark, and try to imagine what America might look like after the rest of the planet decides it no longer needs the dollar as global reserve currency. For four years, we have had a president who can spend everything but build nothing. Nothing but debt, dependency, and decay. As I said at the beginning, in different ways the response to Hurricane Sandy and Benghazi exemplify the fundamental unseriousness of the superpower at twilight. Whether or not to get serious is the choice facing the electorate Tuesday.

Get serious, folks. Please...
Posted by Unknown at (permalink) 6:30 AM No comments: