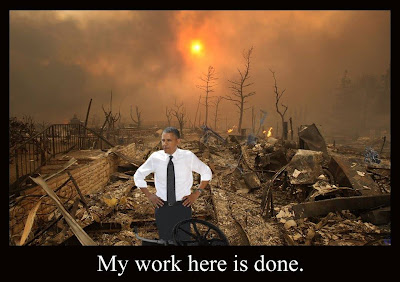 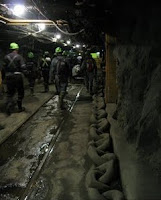 Imagine being almost two miles under the Earth's surface.  A group of geologists recently visited the bottom of the world's deepest mine (copper/zinc), in Ontario, Canada.  They came back with photos and an interesting article...
Posted by Unknown at (permalink) 7:02 AM No comments:

Paul Ryan, in today's WSJ, asks the question.  A sample:


There is a better way—structural reforms that empower patients with greater choices and increase the role of competition in the health-care marketplace. The budget passed by the House of Representatives in April, "The Path to Prosperity," outlined the beginnings of such an approach by repealing the president's health-care law and proposing reforms that would make Medicare and Medicaid stronger and solvent for current and future generations.

In other words, we've put our cards on the table: According to the Congressional Budget Office (CBO), our plan puts the federal budget on the path to balance without resorting to job-destroying tax hikes. It will eliminate the shadow of debt that is discouraging job creation while advancing pro-growth tax reforms to get the economy moving again.

By contrast, the president and his party's leaders have refused to submit specific, credible budget plans that tackle health-care costs while restoring economic growth. Unwilling to reconsider their failed bureaucratic approaches to health and retirement security, the Democrats can only propose tax increases, and lots of them.

We need more Paul Ryans in Congress...
Posted by Unknown at (permalink) 6:51 AM No comments: