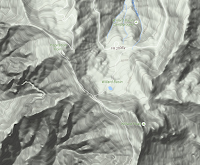 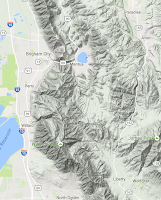 A little adventure!  Now that Debbie is able to get around pretty well on her own, it's possible for me to leave for more than a short time.  Yesterday afternoon I went on a five-hour four-wheeling trip with our friend and neighbor Tim D., who acted as my guide.  We four-wheeled from Mantua to a spot called Inspiration Point, which is just over 9,400' high.  The road isn't challenging at all – a 2WD high-clearance pickup or SUV would have no problem with it.  The first map at right shows the entire route; the second is a closeup of Inspiration point and the nearby Willard Peak.

All along the way there were pretty views, but most especially when we got over about 8,000'.  Then we could see for miles across the flats to the west (where the Great Salt Lake is), into Cache Valley to our north, and into Liberty valley to our southeast.  Here and there were patches of very early fall color, some of them bright oranges and reds.  The air was a bit hazy from wildfire smoke, but we could still see over 50 miles north and west.  The highlight?  Spotting eight Rocky Mountain goats just south of Inspiration Point: 5 adults and 3 yearlings.  Such fun that was!  Here's some photos from the trip (including a panorama at the bottom): 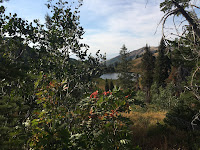 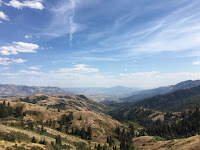 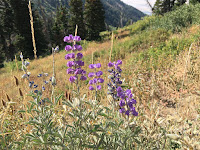 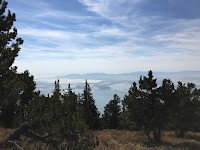 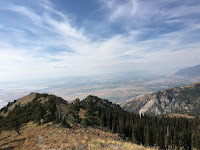 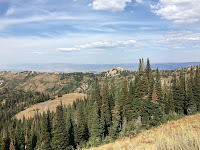 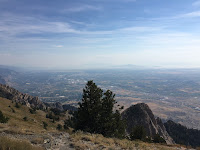 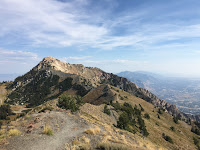 Posted by Unknown at (permalink) 7:42 AM No comments: