Methinks This Lad is in Big, Big Trouble...

Posted by Unknown at (permalink) 9:33 AM No comments:

What Can I Say?

One of my co-workers, displaying his particular skills.

My little team and a couple of the people we work most closely with (including this character, who writes our customer-facing technical documentation) all went out together for lunch yesterday.  Good company, good Thai food - enjoyable for all of us.

We also went and visited the vastness of the new building we're moving into this Friday.  It's gigantic compared with our current building!  But it's also unfinished.  A small army of workers is busy installing things, running wires, putting up lights, painting, etc.   Someone who's never managed such an affair (like me!) looks at this chaos and says “How on earth can they possibly be finished by Friday?”  But those in charge are confident they'll be ready...
Posted by Unknown at (permalink) 7:43 AM No comments:

I reproduce this missive from Larry E. in its entire glory:


I read this article saying that oysters are on the decline worldwide...
Oysters disappearing worldwide
...and I'm thinking to myself.... GOOD!!
First off, oysters are disgusting, so good riddance. And second, if they do die off, something else will fill that ecological niche. With luck, maybe that something will be a bit more tasty!
I haven't figured out why environmentalists have have somehow, selectively, decided that this is the "Best Time in History®". The Earth is constantly changing, species constantly come and go and this has been going on for billions of years. The Earth has been way hotter than it is now, way colder, had way more CO2 in the atmosphere, oceans have come and gone and through most of its history its managed to do so quite nicely without mankind. So why is it so many think this should be different now?
If we go out of our way to preserve a species that cannot adapt, aren't we artificially weakening the ecology by preventing that nitch from being filled by something more hardy?
I made a similar argument to a priest I met once on a long trans-Atlantic flight. He was involved in the finances for his church, particularly for charitable work in poor countries. I suggested that by providing minimal food etc. into areas that cannot sustain their population, that he might be making things worse. That it encourages the population to remain, possibly even anchors them there, in a place that cannot sustain them. Where the agriculture or economy etc. just isn't adequate. So people being what people are, they remain, and they have more children and they remain in a dependent and impoverished state indefinitely.
He took offense of course, and it made for a particularly long flight.... for him. But the fact remains that if you artificially support a population, whether people or oysters, that cannot sustain itself, you may be doing much worse for the ecology and the population than good.

Posted by Unknown at (permalink) 7:23 AM No comments:

Watch it 'till the end – you probably won't be expecting the ending.  Via Jim M.:

Posted by Unknown at (permalink) 6:27 AM No comments: 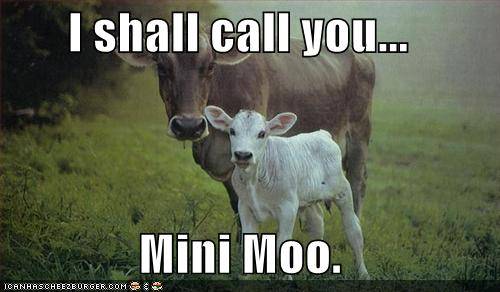 Posted by Unknown at (permalink) 6:22 AM No comments: