Reader Simon M. is on a roll – excellent! 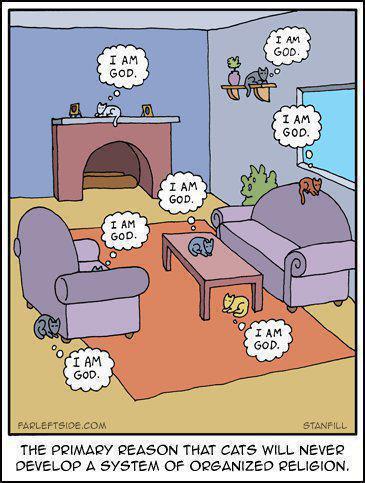 Posted by Unknown at (permalink) 8:48 AM No comments: 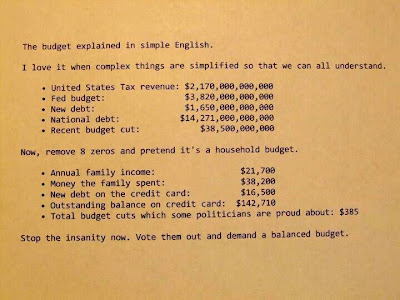 Nice!
Posted by Unknown at (permalink) 8:46 AM No comments:

In topology, to be precise.  Via my mom:

Posted by Unknown at (permalink) 8:16 AM No comments:

... on Cajuns (that's people from Louisiana):

Even after the Super Bowl victory of the New Orleans Saints, I have noticed a large number of people implying, with bad jokes, that Cajuns aren't smart. I would like to state for the record that I disagree with that assessment. Anybody that would build a city 5 feet below sea level in a hurricane zone and fill it with Democrats who can't swim is a genius. 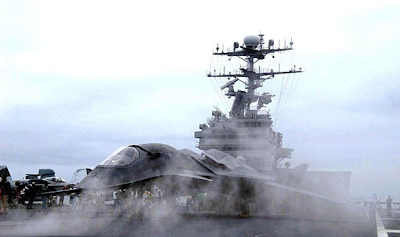 Reader Simon M. sent me a collection of photos featuring a three-carrier task group and some photos of the F/A-37 Talon (one of them at right).  The description waxed poetic about this plane's capabilities, and the photographs show an exotic and downright predatory looking aircraft.  This is an area I'm interested in (aviation in general, and military aviation in particular), so I was surprised that I'd never heard of this plane before.

Turns out that's because the plane is fictional – from Hollywood (the 2005 movie Stealth).

The way the Internet allows anyone to stand up and talk to the world is wonderful.  But it has its downsides...including the amazing number of people who seem to spend their days carefully crafting websites and documents to say things that just aren't true.  Sometimes what they're saying is pushing some sort of agenda, so at least one can understand their motivation while deploring their actions.  But this sort of fakery?  What on earth motivates someone to spend time doing this, I wonder? 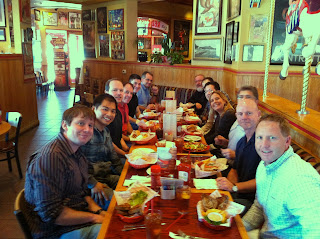 We had a team lunch yesterday, at the local Red Robin on Del Mar Heights Road.  Behold the ServiceNow Automation development team (missing a couple members)!

There's quite a wide range of ages, personalities, time-at-the-company, and experiences represented here – one of the most interesting things (for me, at least!) about working with this great group of engineers...
Posted by Unknown at (permalink) 7:49 AM No comments:

Don't click here unless you have a geekly interest in IEEE float internals...
Posted by Unknown at (permalink) 7:42 AM No comments: