This is definitely geek humor; everyone else can just skip it.  Most of these were new to me.  There were quite a few that made instant sense to me, and a lot more than were funny.  Here's but one example of the latter: 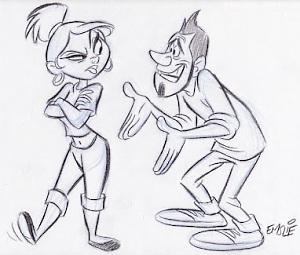 When you see something strange happening, but the software is telling you everything is fine. 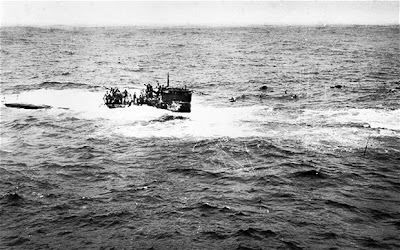 Evidence suggests that several crewman (number unknown) survived after the U-boat sank and hit the ocean bottom, and then were able to escape using the standard breathing apparatus designed for that purpose.  These crewman appear to have survived for some time at sea, but then died – most likely from some combination of exposure, thirst, and hunger.

The wreck of the U-550 has now been found.  It's exact location has not yet been divulged, but it's within reach of expert divers.  Modern diving technology has made it much easier to reach deep wrecks, though it's still a very dangerous thing to do.  I suspect there will be some salvage efforts, though probably amateur, since (so far as I'm aware) there is nothing aboard the U-550 with the monetary or historical value that would justify professional salvage.
Posted by Unknown at (permalink) 7:16 AM No comments:

Plus he's whining about the prison food.

From a legal perspective, does amnesia make it impossible to convict someone?  Is that actually a means to get off?  And is it possible to prove or disprove amnesia?  Here's a discussion, but I have no idea if the answers are authoritative or accurate...
Posted by Unknown at (permalink) 6:56 AM No comments:

Obama Built This, Too...

And there will be a whole lot more like this.  From the news article in the Indianapolis Business Journal:


Cook Medical Inc. had been planning to open five new manufacturing plants over the next five years in small communities around the Midwest, including Indiana, but has shelved those plans because of the hit it will take from a new U.S. tax on medical devices.

The Bloomington-based medical device maker estimates it will pay between $20 million and $30 million once the tax takes effect in January, Pete Yonkman, executive vice president of strategic business units at Cook Medical, said this week.

The 2.3-percent tax on sales of all medical devices was created as part of President Obama’s 2010 health reform law to help pay for its expansion of health insurance coverage to as many as 30 million more Americans. The tax is projected to raised about $2.9 billion per year.

From the perspective of a medical device manufacturer like Cook, the new tax imposed by ObamaCare is a clear message: take your manufacturing offshore, where you'll get lower labor costs and no punitive tax.  Exactly what we need in the middle of a recession, right?

Remember this when you vote in November...
Posted by Unknown at (permalink) 6:51 AM No comments: