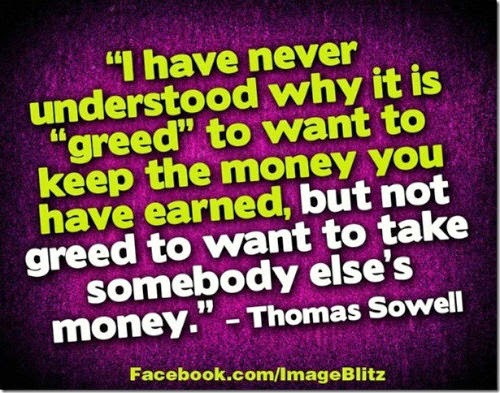 
Posted by Unknown at (permalink) 3:34 PM No comments:

Barn meets paving...  During our home's remodeling, we've had quite a few projects that intersected.  For instance, we had to coordinate the granite installation with the vanity installation.  But this morning we had an intersection on an entirely different scale: where the paving project joins the barn project, at the big roll-up door.

Yesterday the barn builders and the paving foreman met and worked out exactly how they wanted to do it.  The paving guys, as always, were worried about how the water would run off of everything.  The builders just wanted to know what to do :)  The powwow resulted in a design for a concrete apron, sloped to the northeast, that would terminate at the correct level to meet up with the asphalt.

This morning the construction of that apron began – and just a few hours later, the concrete for it was being poured.  Meanwhile, the paving work continues apace... 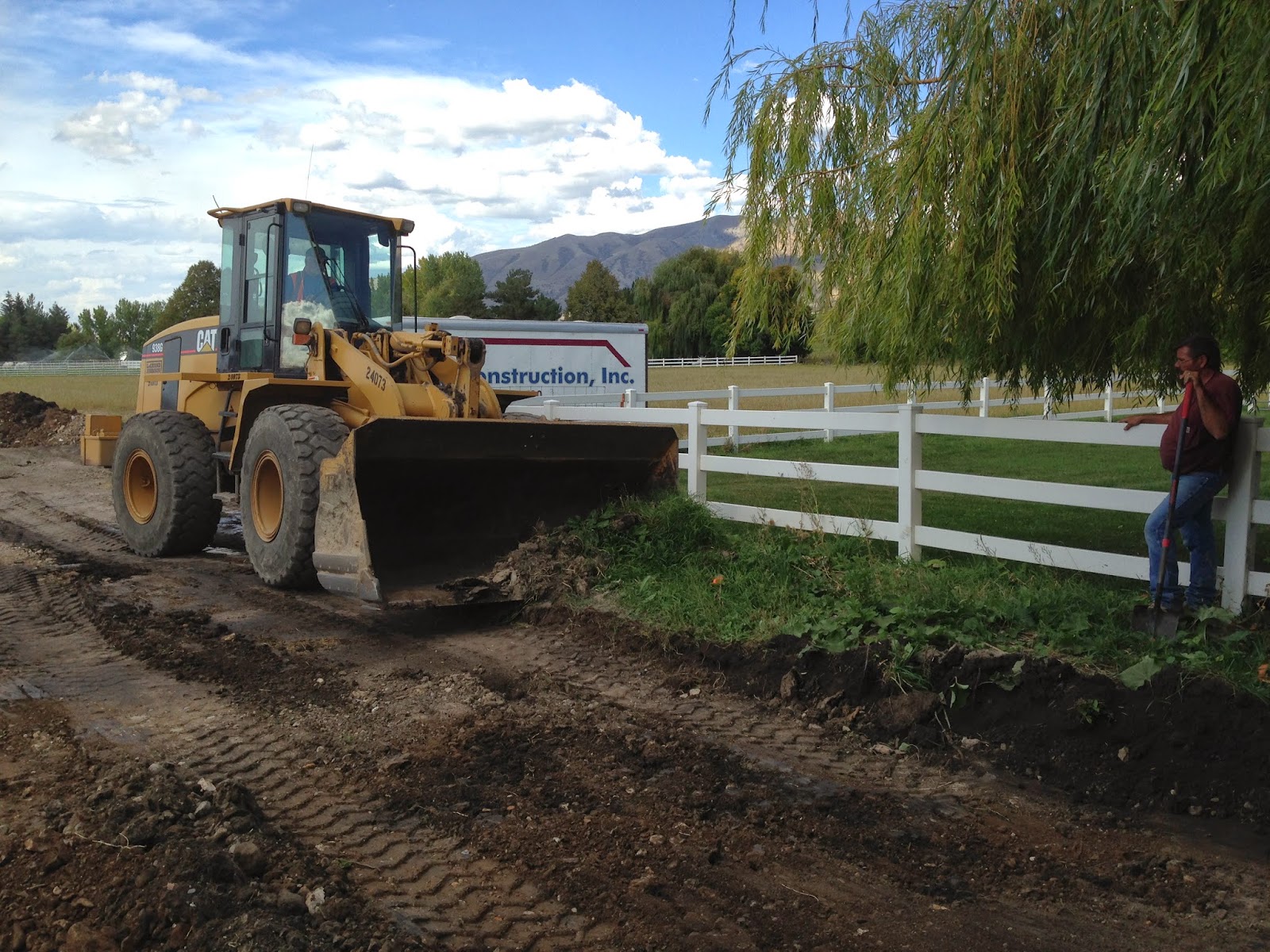 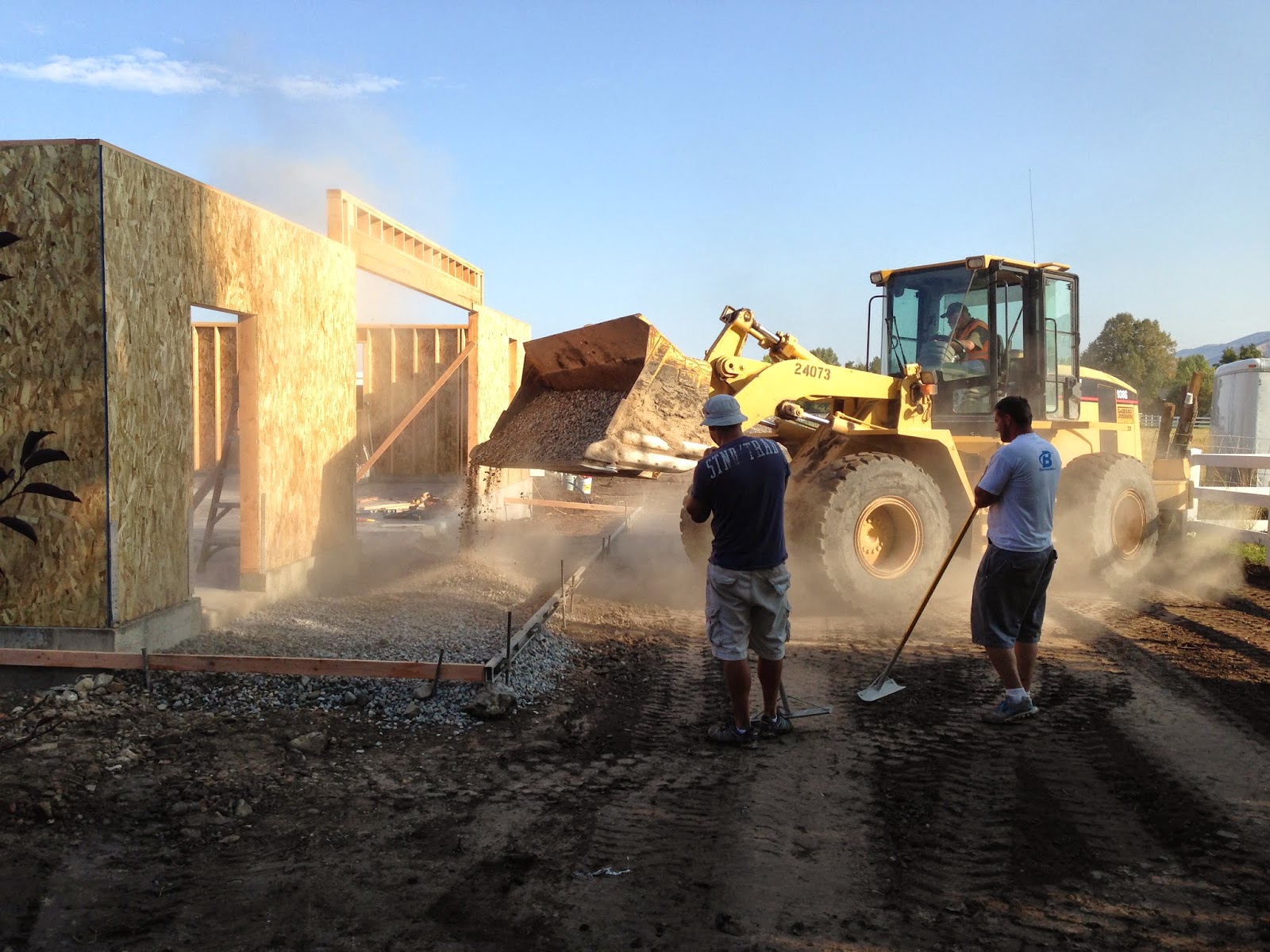 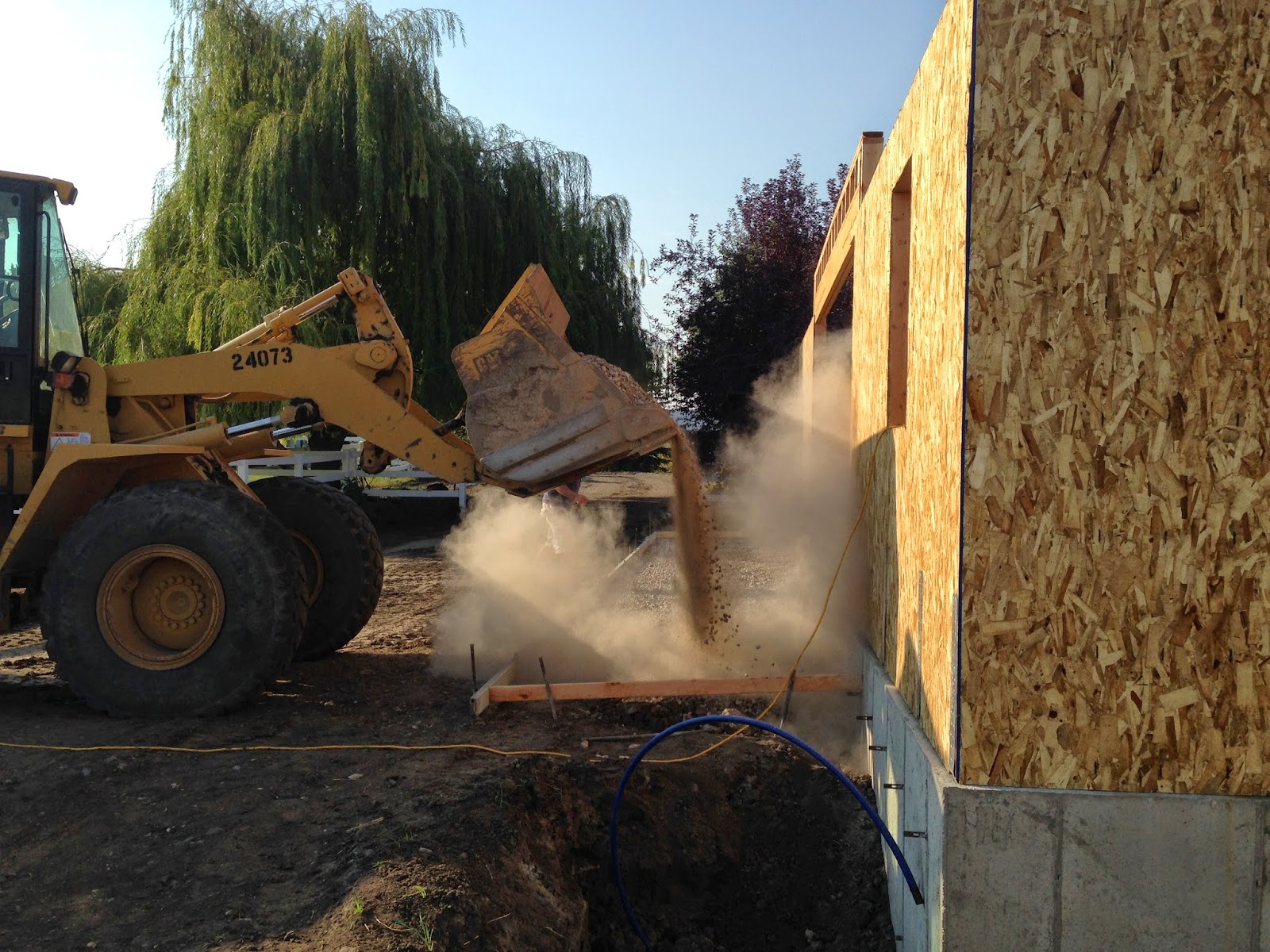 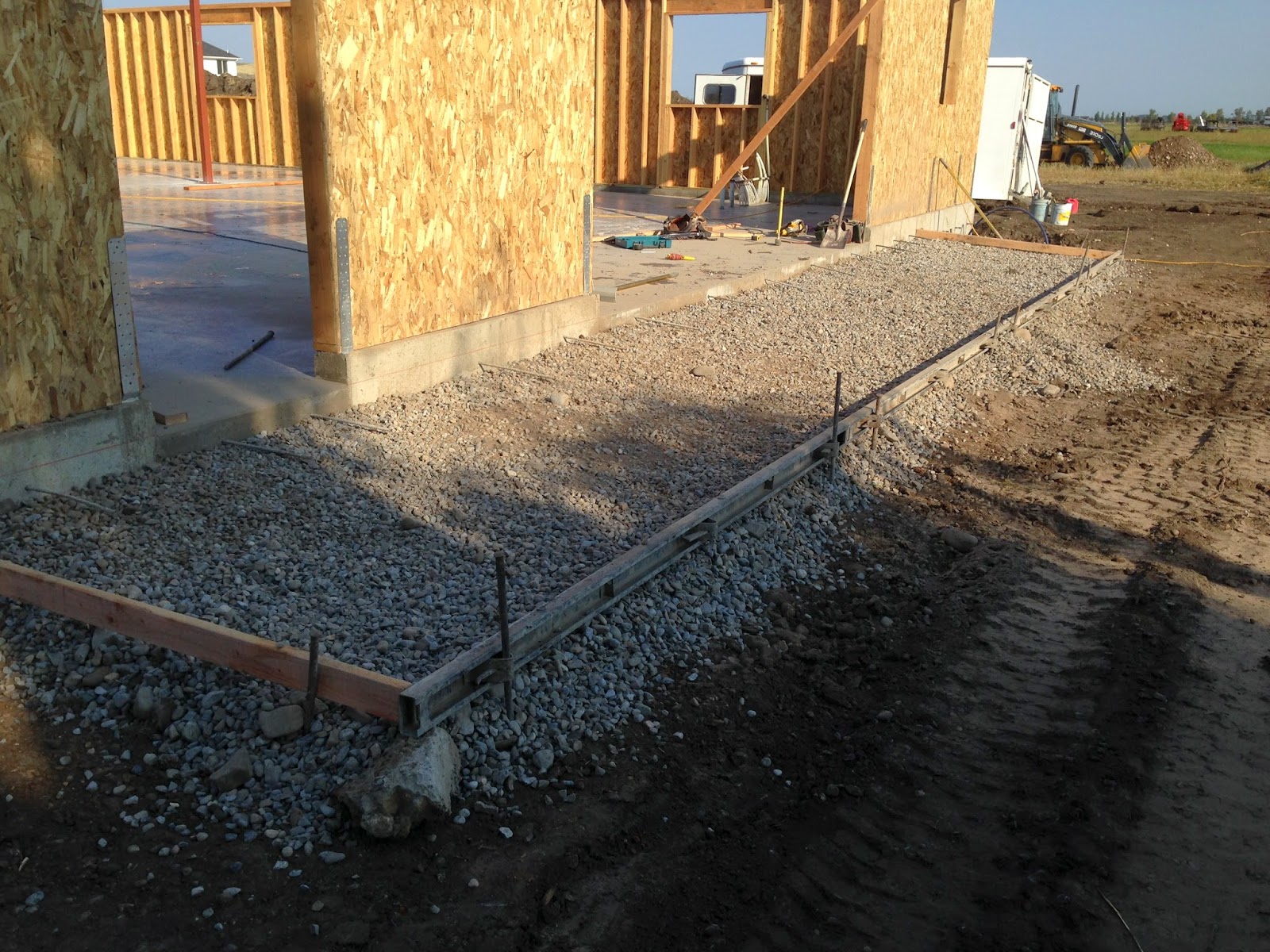 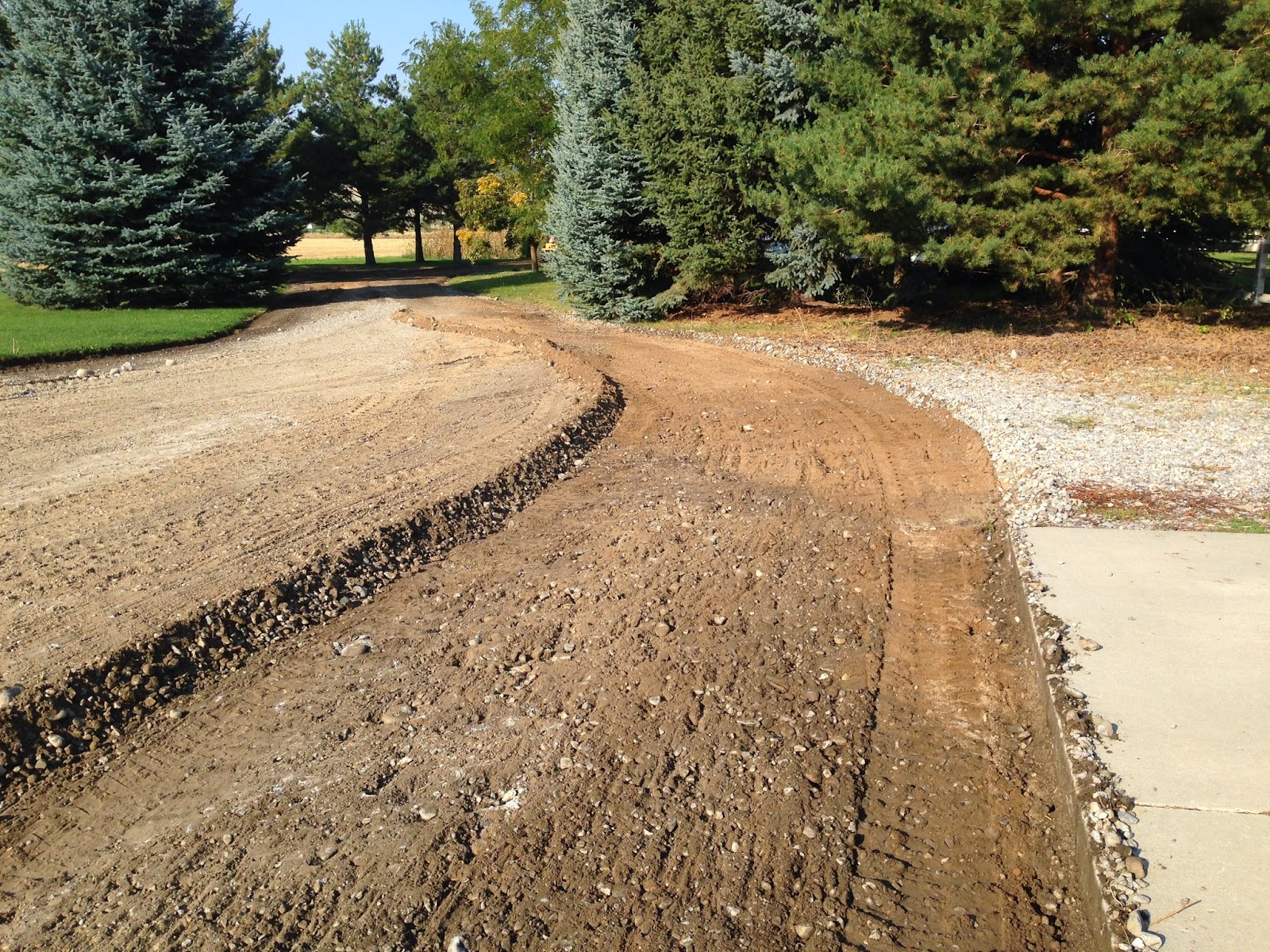 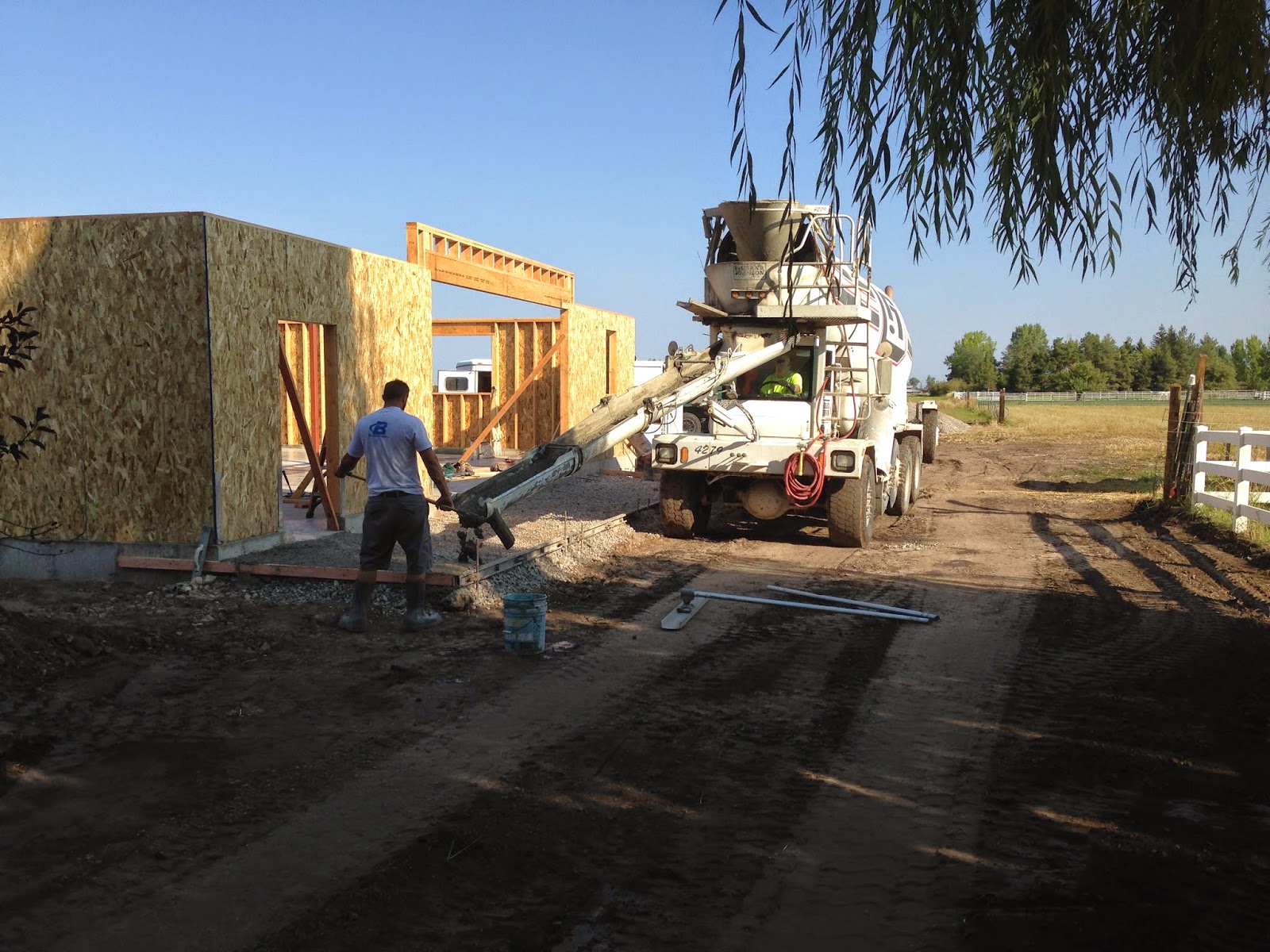 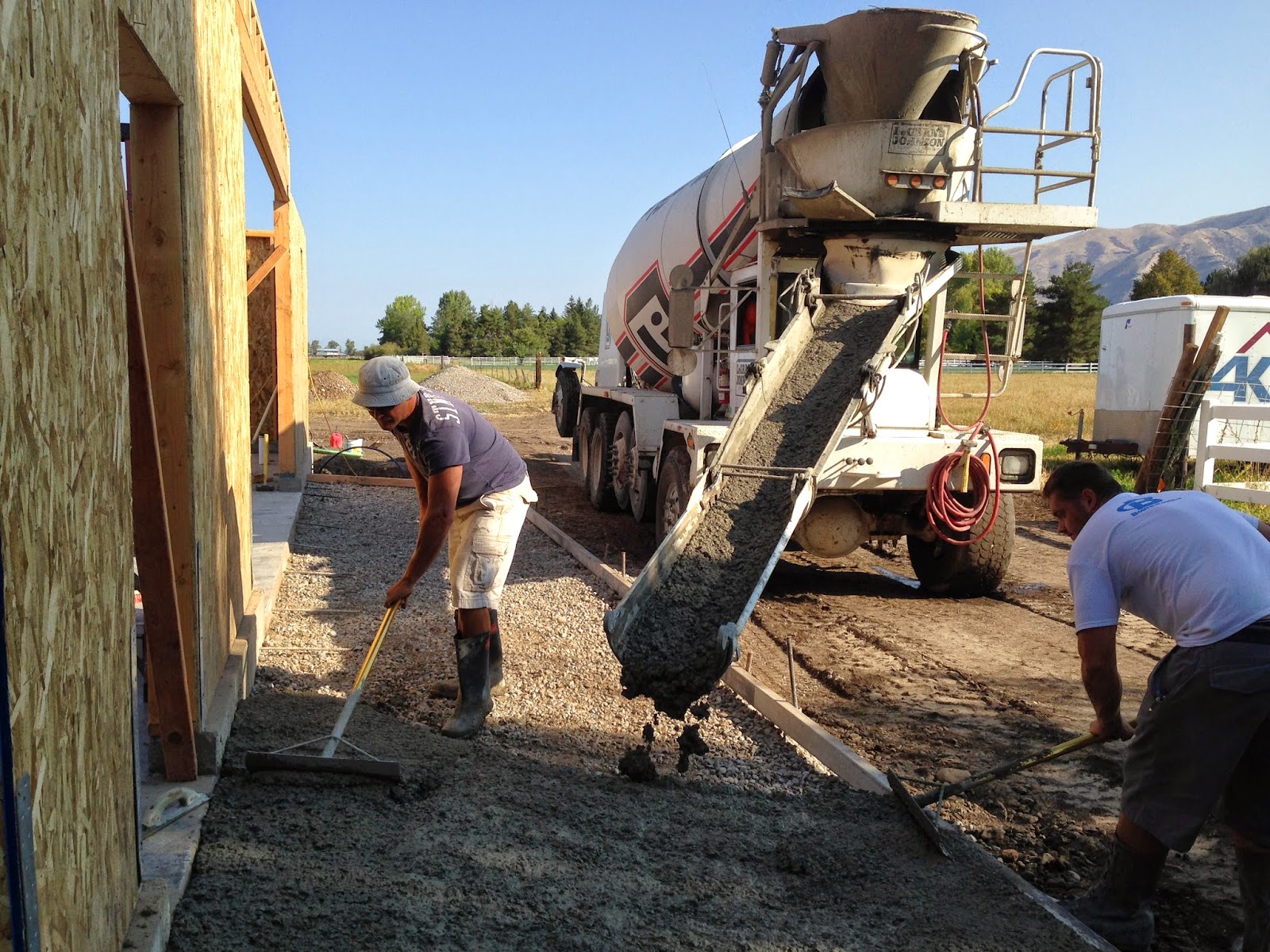 Posted by Unknown at (permalink) 9:28 AM No comments:


The real reason that we can't have the Ten Commandments posted in a courthouse is this -- you cannot post: 'Thou Shalt Not Steal' 'Thou Shalt Not Commit Adultery,' and 'Thou Shall Not Lie' in a building full of lawyers, judges and politicians. It creates a hostile work environment.

It would be an even more hostile work environment if I was there with them.  I'd bestow some good old-fashioned pissed-off citizen hostility!
Posted by Unknown at (permalink) 7:50 AM No comments:

“It's about nine months past time to acknowledge that Mr. Koskinen is the problem, not the answer...”

“It's about nine months past time to acknowledge that Mr. Koskinen is the problem, not the answer...”  Kimberley Strassel, pungent as always, pointing out the now-obvious: that the new IRS commissioner (whom I have dubbed “Mr. Smugface”) appointed nine months ago to clean up the IRS scandal is in fact leading the coverup.
Posted by Unknown at (permalink) 6:08 AM No comments:

“His essential problem is that he has very poor judgment... ”

“His essential problem is that he has very poor judgment... ”  Peggy Noonan continues her atonement for once having supported Barack Obama...
Posted by Unknown at (permalink) 6:03 AM No comments:

Remodeling: fireplace...  Much of our new home's interior work is now finished; most of what remains is “just details” – things like heating registers, electrical switch and outlet covers, lighting, etc.  But one big, messy item remains: the fireplace in our living room.

We didn't take a photo of the original fireplace, darn it.  It was a mess.  The hearth and face were both made from square tiles of greenish-gray slate, a foot on each side.  These slate tiles were very thin (about 1/4"), flaking, and poorly installed.  The hearth in particular was falling apart around the edges.  The mantle was made from a pine log, sawn like a giant piece of quarter-round molding.  One flat face was toward the wall, and the other flat face up – so the round log's exterior was facing out and down.  That might have actually made a rather nice mantle if it weren't for the fact that someone installed this before the wood was dry.  It had twisted, lengthwise, so that part of it was over an inch from the wall, and some of the top was rather dramatically tilted.

So we decided to dismantle the old fireplace and replace it.  I did the demolition work.  The slate took me about 10 minutes to completely remove – all I did was slip a putty knife under the edge of each tile and pop it off.  Sometimes four or five tiles would come off at once.  When I popped off the hearth tiles, I discovered a gorgeous piece of granite underneath them – dark green with black and gray marbling – really quite beautiful after I scraped the glue off.  Unfortunately, this granite had been installed by someone who knew what they were doing; unlike the slate, it had been very thoroughly glued down.  It was only 2 cm (less than an inch) thick, and there was no way to get it up without breaking it.  Dang.  The mantle was even harder to get off: it was mounted on three pieces of pipe that were secured into the concrete blocks of the inner fireplace.  I had to saw the mantle into three pieces while it was still on the wall, then twist each of the pieces to loosen it from the pipe mounting.  Once the pipes were exposed, I could break their glue joints by twisting with a pipe wrench.

Now we've acquired a new mantle, made from a truly beautiful piece of reclaimed chestnut wood.  I'm mounting it on the living room wall over this weekend (I hope!).  Then a local mason is going to build us a new fireplace, using random-shaped slate for the hearth, and a thin veneer of river rock (a sample of which is in the photo at right) for the face.  This “thin veneer” is an interesting technique that I didn't know about until a few months ago.  The old way of building a fireplace would use entire rocks, mortared together, to form an exterior “wall” around the inner cinder block and fire-brick construction of the fireplace.  While these fireplaces are beautiful, they are also extremely heavy – so much so that we'd have to install steel columns in the basement underneath the fireplace to hold it up, and we might even have to dig through the basement floor and install footings.  Yikes!  The “thin veneer” approach uses pieces of rock instead of the whole rock – “slices” taken from attractive faces of the rock, from 3/4" to 2" thick.  These slices have perfectly flat backs and can be arranged two-dimensionally, like puzzle pieces.  From the mason's point of view, this is vastly easier than making a wall from whole stones.  It's also far, far lighter – so much so that no extra support is needed underneath it.  The fireplace will be completed with a door we're having made by a local metal worker.

I had a difficult time finding natural stone of the type we wanted (multi-colored river rock), but I finally located a vendor in Portland, Oregon.  The market for this sort of thing is totally dominated by “manufactured” stone.  These are really just molded pieces of concrete, sometimes with some texturing material added, and dyed various colors.  Some of the manufactured stones are quite attractive, but ... they all have two degrees of uniformity that the natural stone doesn't suffer from.  One is a uniformity of shape.  Depending on which manufacturer you use, the manufactured stones come in between 8 and 24 molded shapes – so the same exactly shaped stone will appear repeatedly in one use.  The other is a uniformity of color: the manufactured stones are dyed concrete, with multi-colored variants having between 4 and 8 colors, instead of the infinite variety of shades and mottlings that one finds in natural stone.  I'm happy to have found the natural stone we wanted, from a place that will saw the thin veneers for us!
Posted by Unknown at (permalink) 6:01 AM No comments: