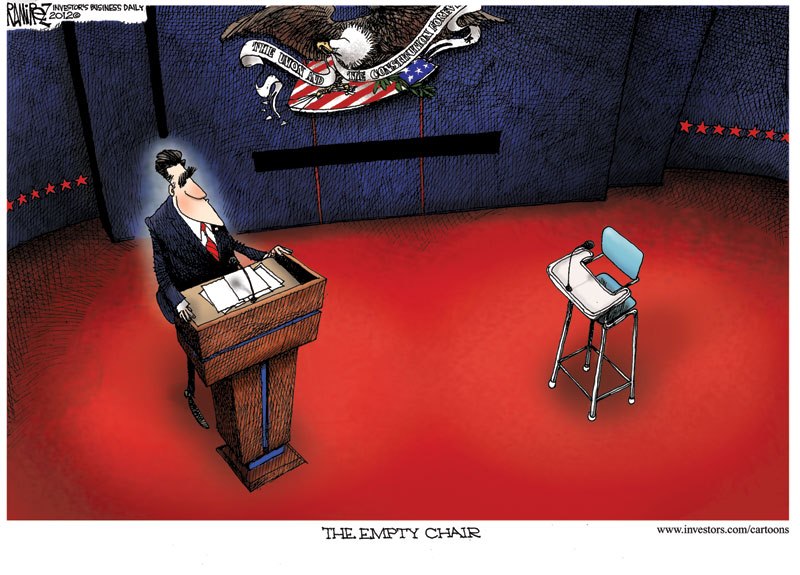 Posted by Unknown at (permalink) 10:46 AM No comments:

Posted by Unknown at (permalink) 7:51 AM No comments: 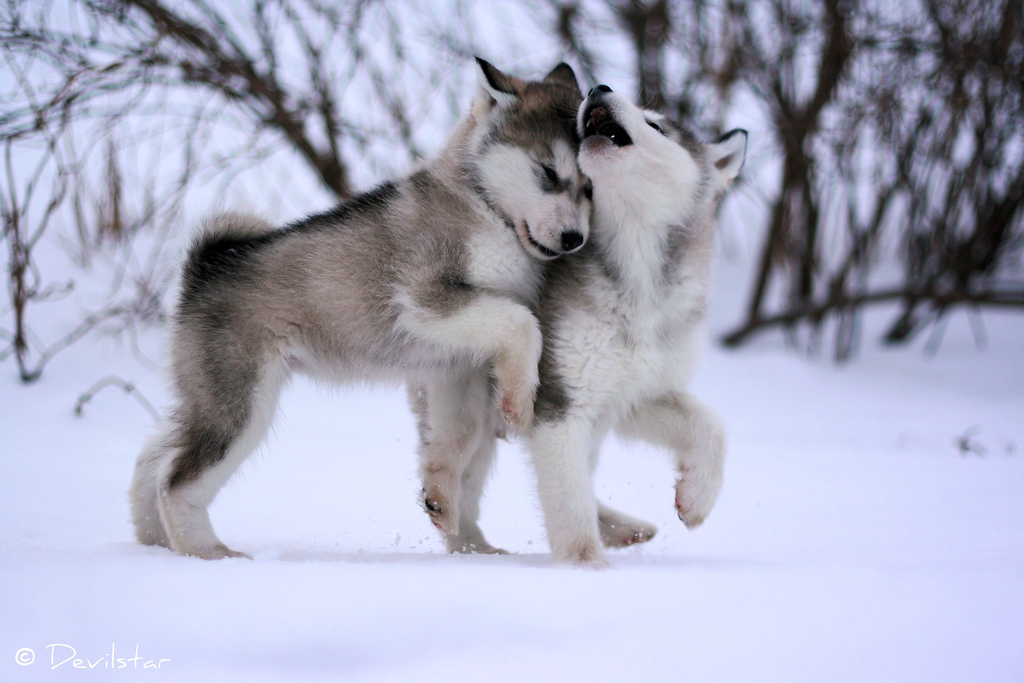 Posted by Unknown at (permalink) 7:50 AM No comments:

It's potentially very bright because it's going to pass quite close to the sun, in late 2013.  Such predictions in the past have proved quite unreliable; some are bright, some are not.  The actual brightness depends on a lot of factors, only one of which is how close it appears to the sun.  Another critical factor: how many times it's been close to the sun before (which determines how much volatile material is left in the comet).

But...if they're right, and this comet really is brighter than the full moon, then it will almost certainly be the brightest comet in the history of humankind.  That will make it quite an event to see!
Posted by Unknown at (permalink) 7:48 AM No comments:

This Map Pretty Much Says It All...

Below is a heatmap of gasoline prices around the country.  Red is bad.  I live in California.  Ouch.

And the predictions in the news, if one is to believe anything coming from such muddle-headed fools, is that prices are headed to $6, $7, and possibly more $ per gallon.  I may work from home more often... 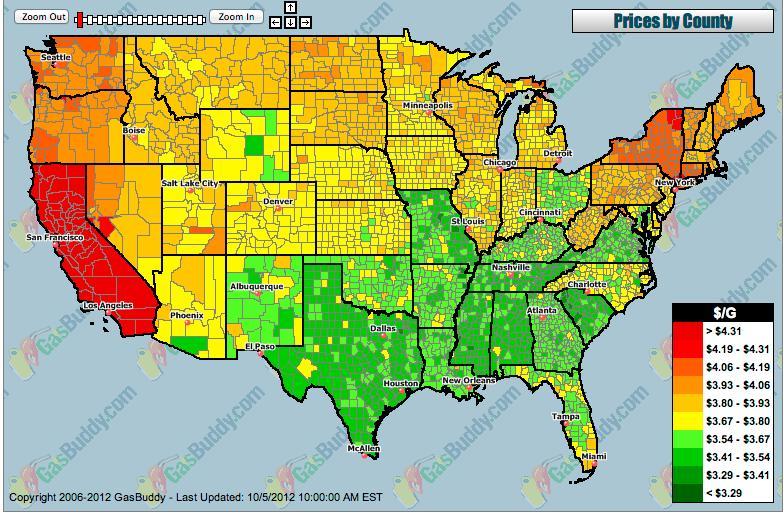 Posted by Unknown at (permalink) 7:15 AM No comments:

Mark Steyn has a few observations on the first presidential debate, including this bit:


The small things are not unimportant – and not just because, when "small" is defined as anything under 11 figures, "small" is a big part of the problem. If Americans can't muster the will to make Big Bird leave the government nest, they certainly will never reform Medicare. Just before the debate in Denver, in the general backstage melée, a commentator pointed out Valerie Jarrett, who is officially "Assistant to the President for Public Engagement and Intergovernmental Affairs," a vital position which certainly stimulates the luxury-length business-card industry. Not one in 100,000 Americans knows what she looks like, but she declines to take the risk of passing among the rude peasantry without the protection of a Secret Service detail. Defense Secretary Leon Panetta has a private jet to fly him home from Washington every weekend.

The Queen of the Netherlands flies commercial, so does the Queen of Denmark. Prince William and his lovely bride, whom at least as many people want to get a piece of as Valerie Jarrett or Leon Panetta, flew to Los Angeles on a Royal Canadian Air Force boneshaker. It is profoundly unrepublican when minor public officials assume that private planes and entourages to hold the masses at bay are a standard perk of office. And it is even more disturbing that tens of millions of Americans are accepting of this. The entitlements are complicated, and will take some years and much negotiation. But, in a Romney administration, rolling back the nickel'n'dime stuff – ie, the million'n'billion stuff – should start on Day One.

Mitt made much of his bipartisan credentials in Denver. So, in that reach-across-the-aisle spirit, if we cannot abolish entirely frivolous spending, might we not at least attempt some economies of scale? Could Elmo, Grover, Oscar and Cookie Monster not be redeployed as Intergovernmental Engagement Assistant Jarrett's security detail? Could Leon Panetta not fly home on Big Bird every weekend?

This brings to mind Pelosi's unseemly insistance on having a private Air Force jet at her exclusive beck and call.  Only slightly less directly, it brings to mind another country that was notable for the privileges of its ruling class: the Soviet Union.  Steyn is absolutely right: both in the absolute and in the “optics” (the current euphemism for “appearance”), our government officials shouldn't be enjoying such privilege.  Especially when so many of our citizens are suffering under the general malaise of the economy...
Posted by Unknown at (permalink) 7:13 AM No comments:

If You're Lost the New Yorker...

The New Yorker, that well-known right-wing rag :), will run the cover below in next week's issue: If you're a liberal candidate, and you've lost the New Yorker, you might as well just pack it in...
Posted by Unknown at (permalink) 7:02 AM No comments:

A meme that's making its rounds on the left is that Mitt Romney's O-tromping debate performance was enabled by cheating, using magician-like sleight-of-hand in plain view of an audience of millions.  They're accusing Romney of cheating by having a notebook full of zingers and canned answers on the podium, contrary to the debate's rules of engagement.

I have several reactions...

First, how utterly pathetic that response is – especially in the crystalline presence of Obama's incompetence behind the podium, and Romney's clear command of the facts in the lines of argument.  It's absurd and preposterous to contend that Romney won because of a few zingers read off a cheat sheet – and the accusers just look pathetic and implausible for their contention.  In the vernacular, with a nice pun thrown in: they look like losers.

Second, the “evidence” being offered up is entirely unconvincing, consisting only of some strident interpretation of fuzzy video that could be any number of things – including the handkerchief that Romney says it is.  The handkerchief that video clearly shows Romney using during the debate.

Third, it's completely implausible to any sentient being that Mitt Romney would resort to cheating.  That's like saying that Santa Claus stole the toys he handed out at Christmas, or that Barack Obama saved us from a much worse recession.  You can claim anything you want to claim, and repeat the claim as many times as you'd like – but that still doesn't make the claim true...

Pathetic. Loser. Chumps.
Posted by Unknown at (permalink) 6:57 AM No comments: