Barn: the first concrete is poured...

Barn: the first concrete is poured...  Just after I published the last post, I heard a terrific buzzing from my back yard.  It was the vibrator that sends the concrete down the placement chute – the first (of two) concrete trucks was placing some stiff concrete into the footing base forms the crew set up just a few hours ago.  I ran out and took a few photos, just as the second concrete truck showed up.  Just a few minutes later they were finished placing all the concrete, and the crew started setting up vertical pieces of rebar – the first step of the reinforcement construction.  They're going to finish wiring the reinforcement in place, then set up the forms for the next step: pouring the footing and foundation wall.  Woo hoo!

My neighbor Tim D. knew the barn was about to get underway, so a few days ago he dug a post hole, into which he wanted to put a piece of 4" steel tubing as a very strong corner post.  That hole needed some concrete, and clever Tim knew they'd likely have a few cubic feet left over (they never try to get the quantity exactly, but rather always order a bit more than they actually need – knowing that to order less than they actually needed was courting disaster).  Sure enough, when they finished pouring the barn's footing, there was still concrete in the truck.  A minute later, Tim's post hole was filled to the brim with concrete – with no cost and almost no work for him! 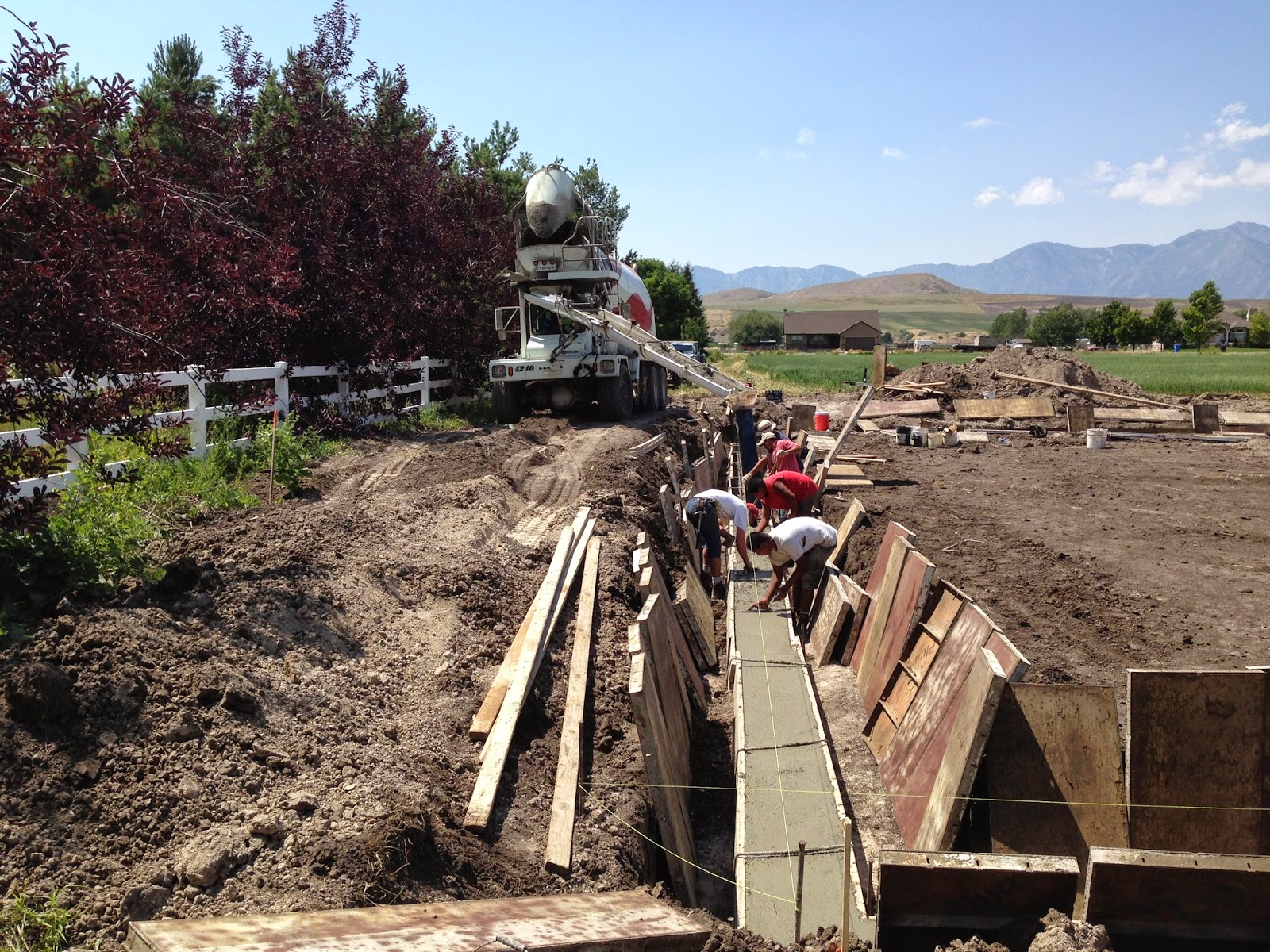 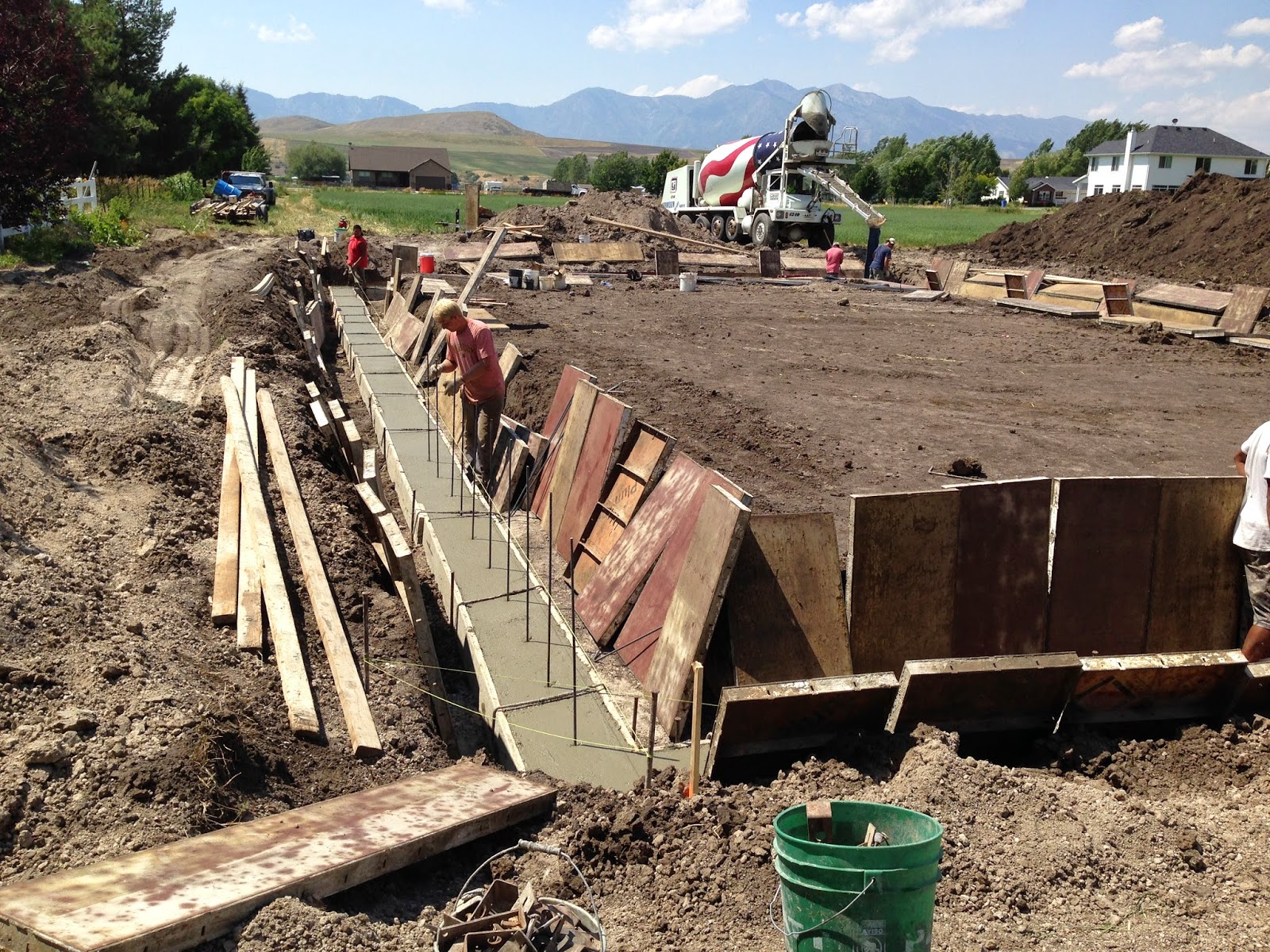 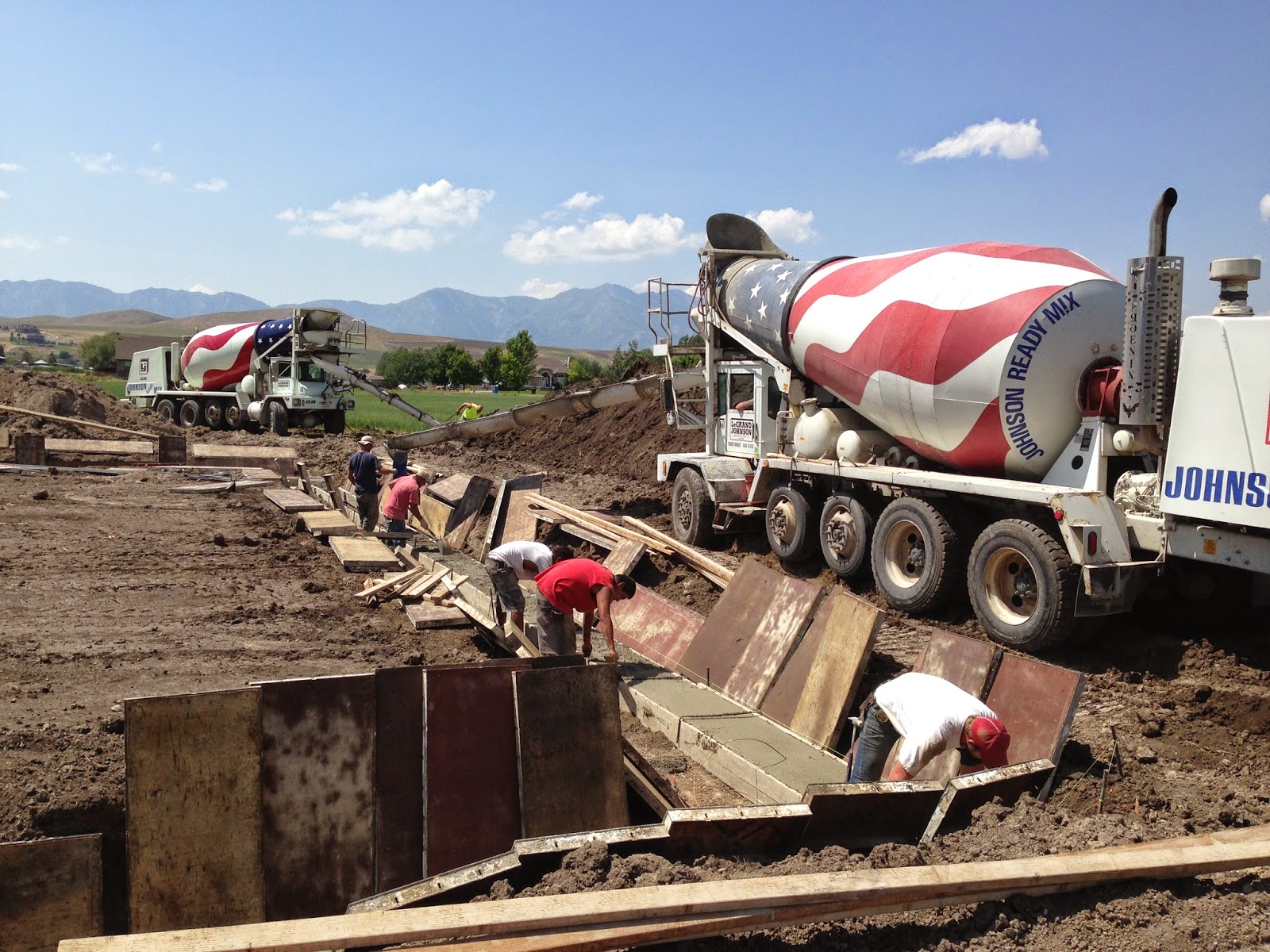 Posted by Unknown at (permalink) 2:23 PM No comments:

Barn: things are happening quickly all of a sudden!

Barn: things are happening quickly all of a sudden!  This morning the builders laid out the location where a trench needed to be dug (for the footings).  Shortly later, a large backhoe showed up and started digging.  The depth that it dug to was measured by another laser level.  As I watched, the builder drafted me to operate the “stick” – a measuring pole with an attached laser receiver.  It was a good way to stop my pesky questions, as I was having a great time actually participating in the construction process – albeit in a role where I was quite unlikely to cause any trouble.

That backhoe (see photos below) was quite a capable piece of machinery, but the fellow operating it was a serious craftsman.  He's 64 years old, and he's been running a backhoe for over 35 years.  I've run a (much smaller) backhoe myself, so I have a pretty good idea what's involved.  I know which things are easy, and which are difficult.  This fellow made even the most difficult things look like they were trivial exercise.  By eyeball alone, he could grade the level of the bottom of the trench to within a half-inch or so.  The stick and laser receiver I was wielding just let him put the finishing touches on it.  If I were doing it, I'd be lucky to be within 6 inches – even with the smaller and easier to operate backhoe.

Just as the backhoe was finishing up the trench, a crew of six guys showed up and started placing the forms for the footing base.  Inside of an hour they had that done, and while they were waiting for the concrete truck to show up they started getting the real forms ready to go.  In another hour or so, a concrete truck should arrive and start placing concrete!

Some photos from today: 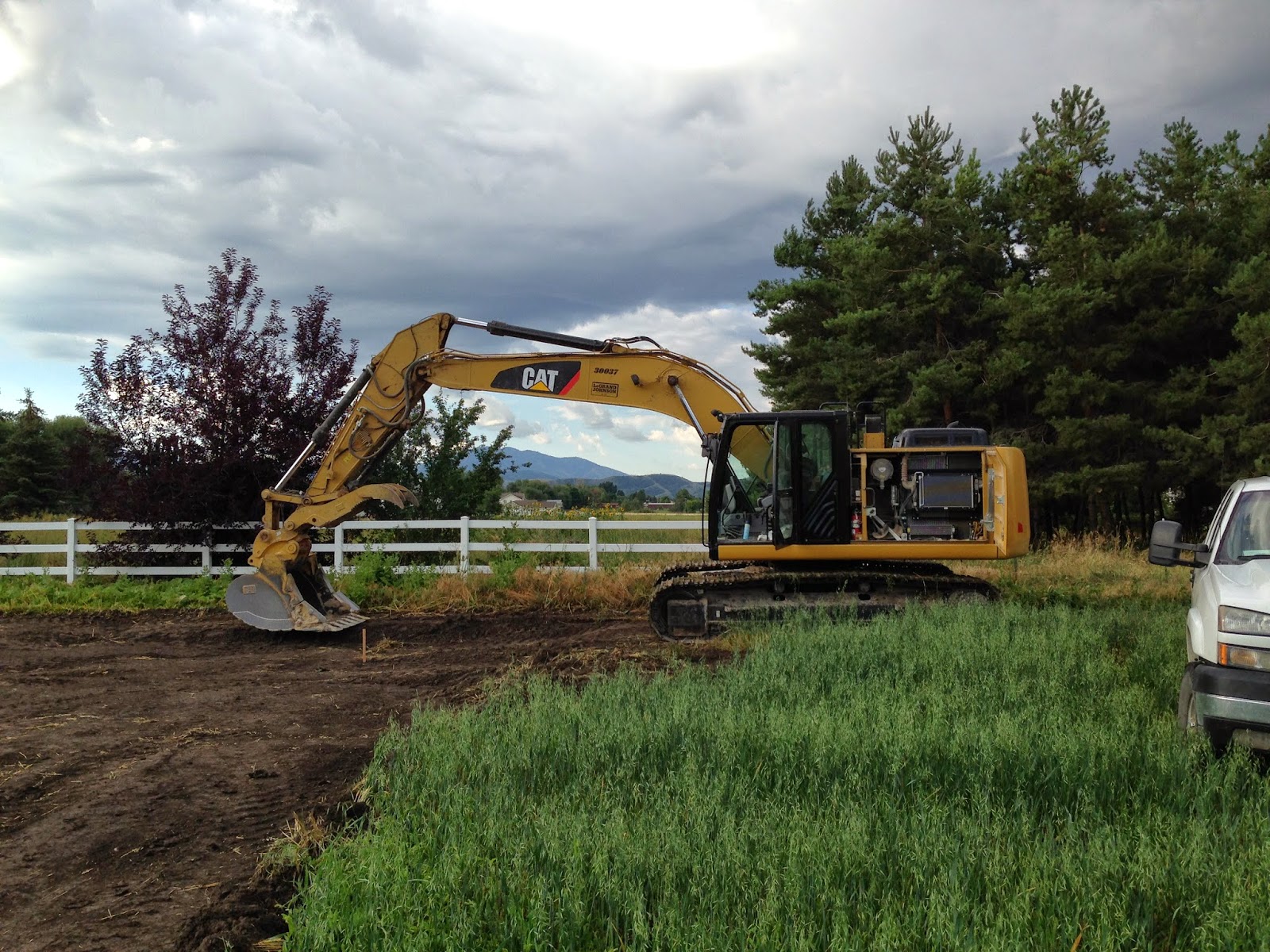 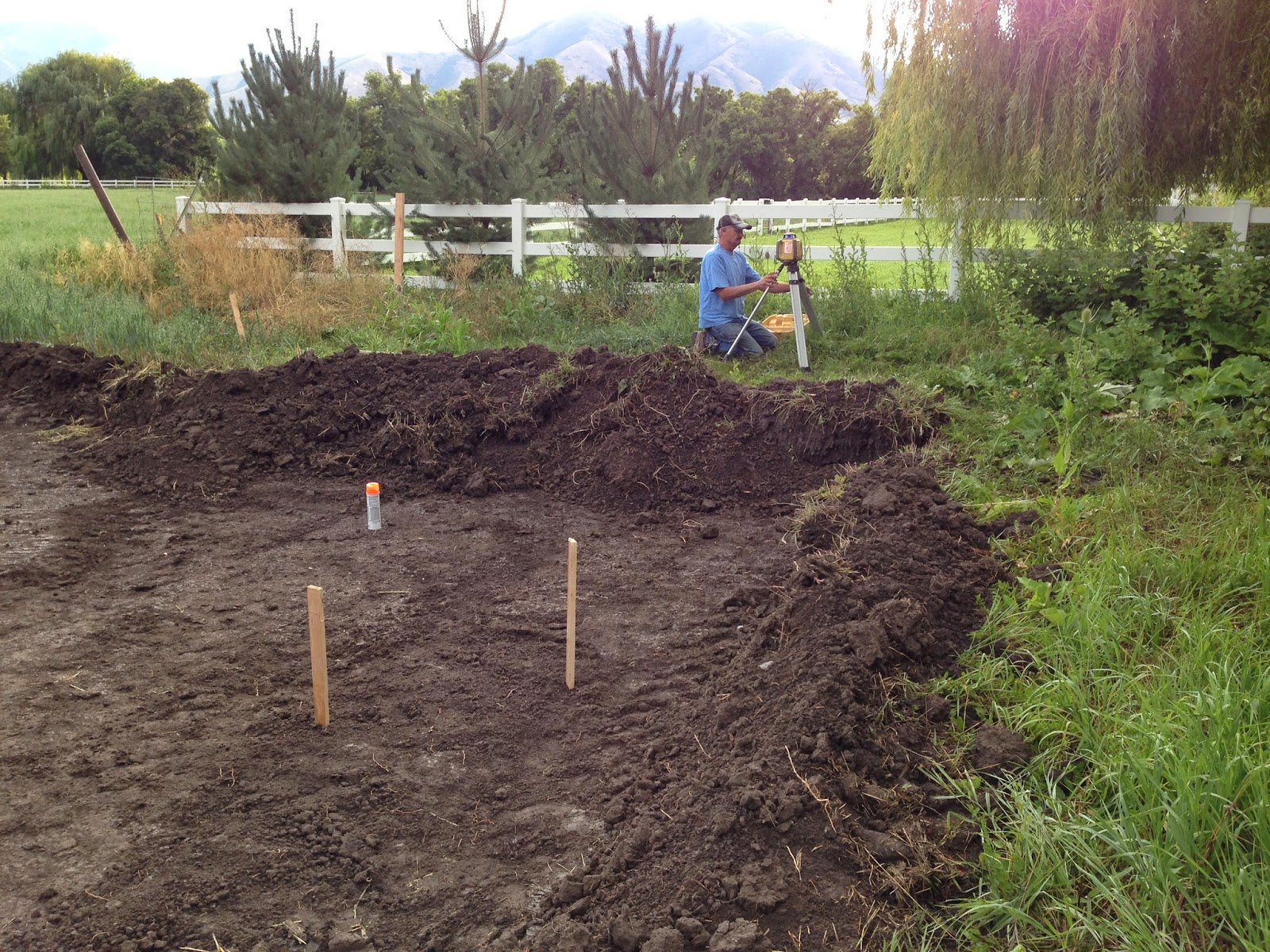 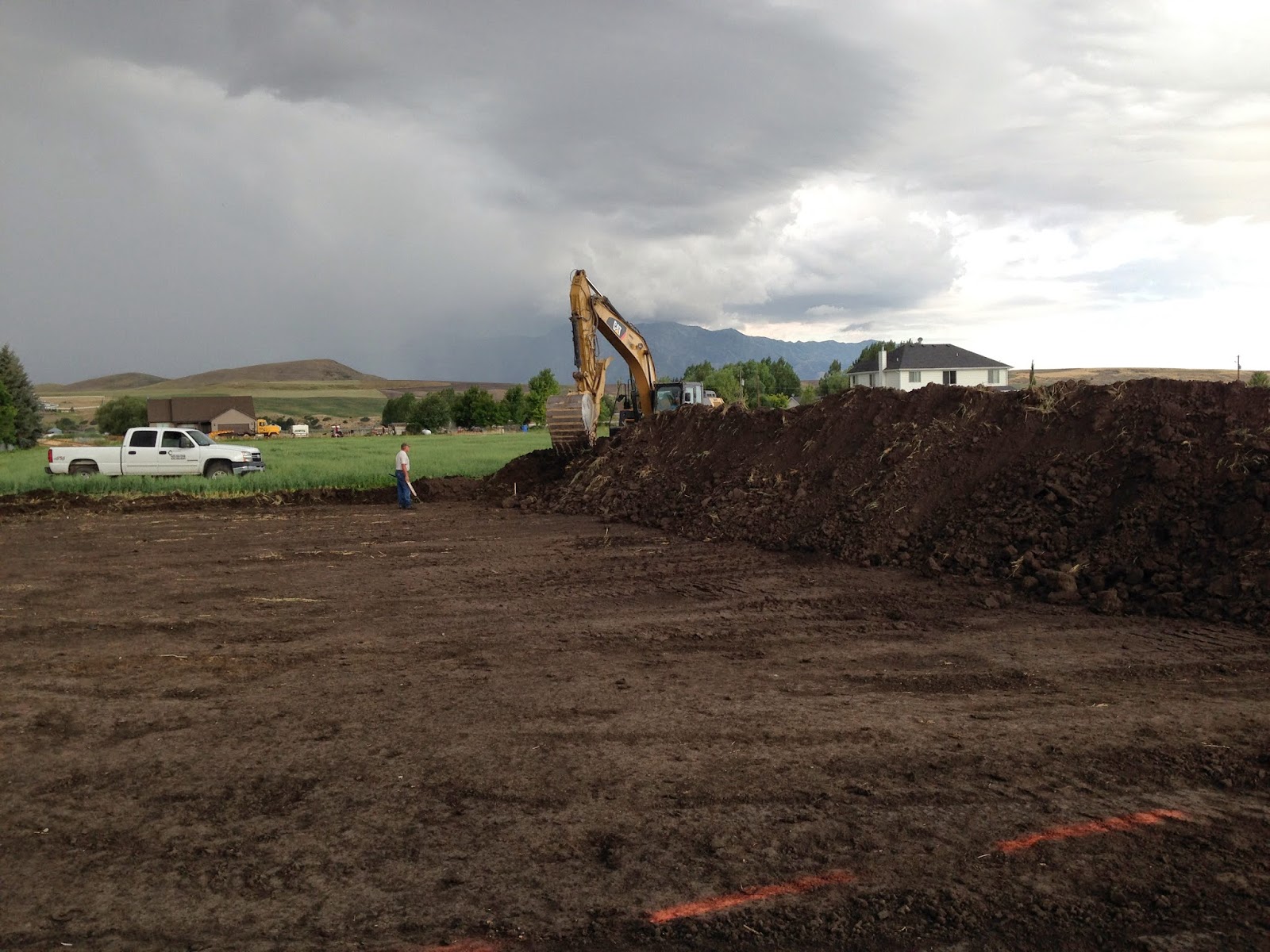 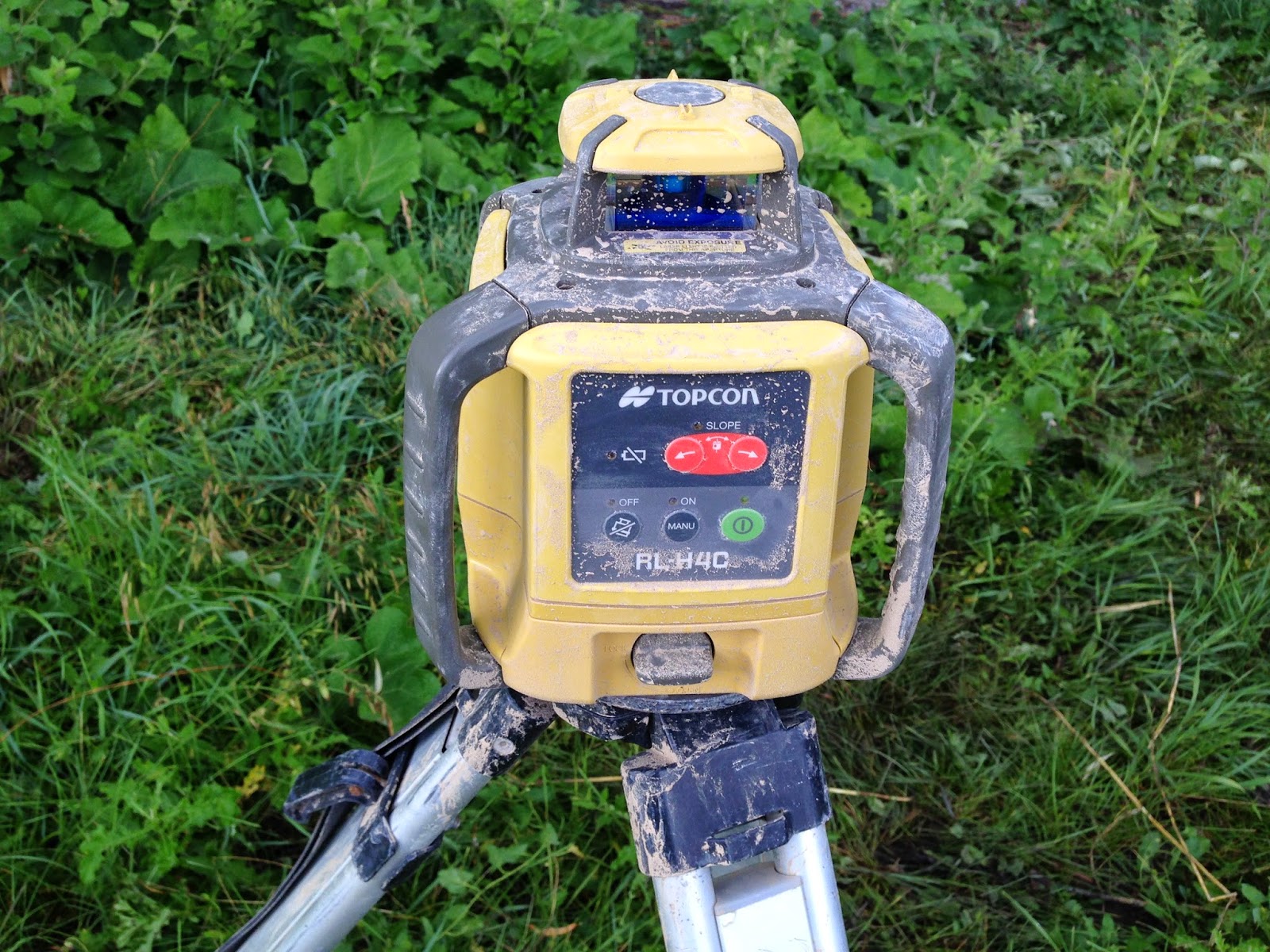 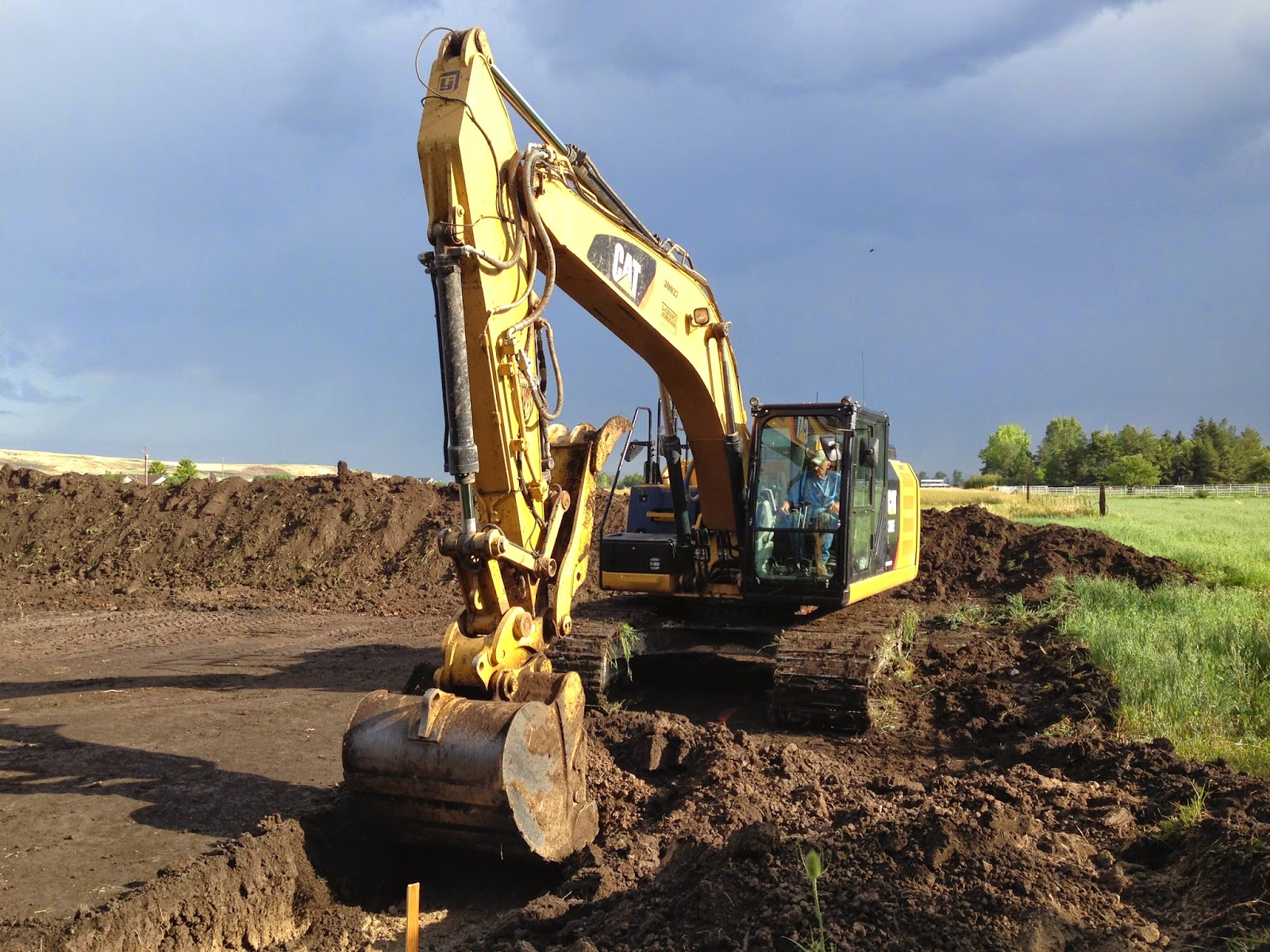 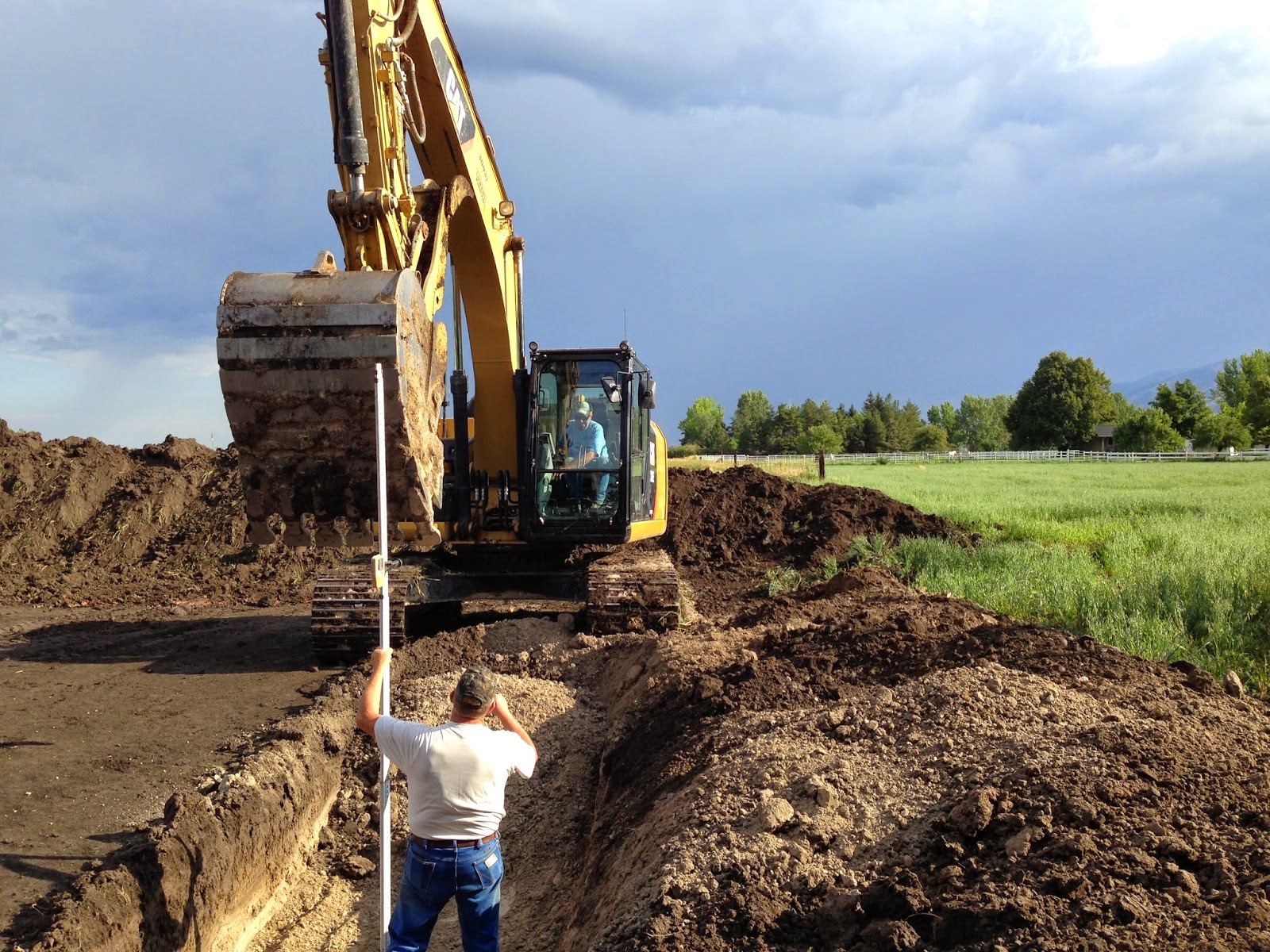 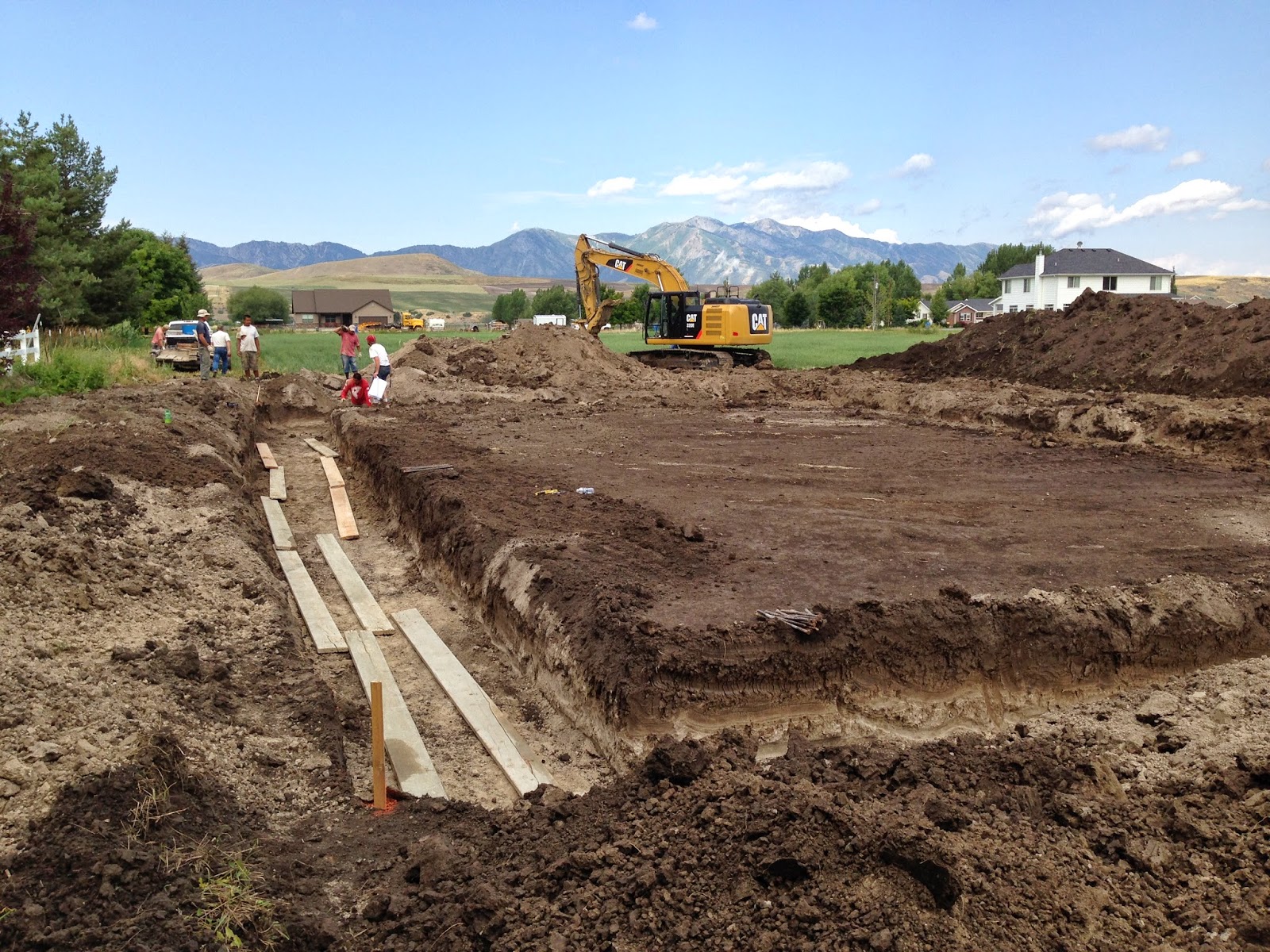 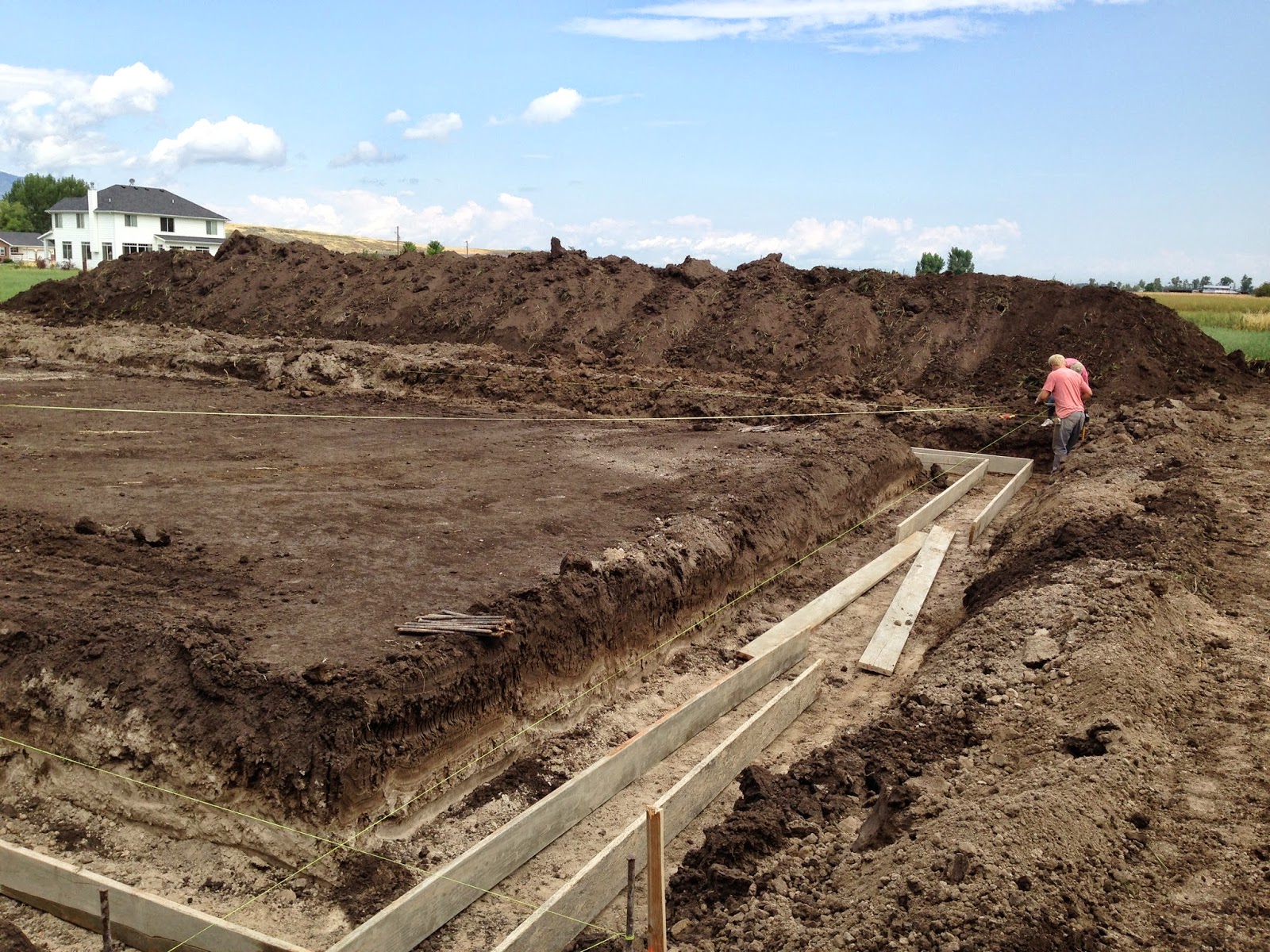 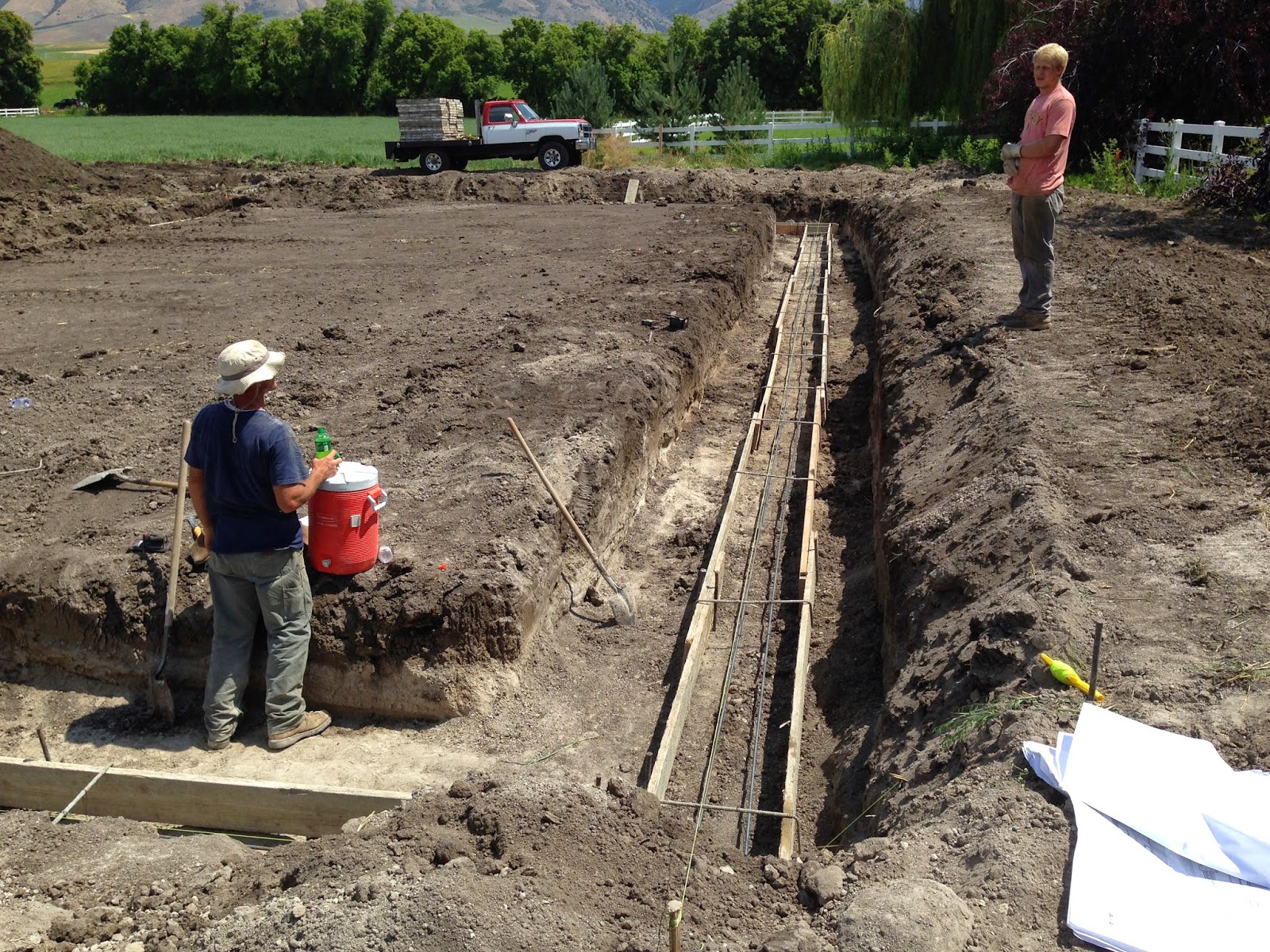 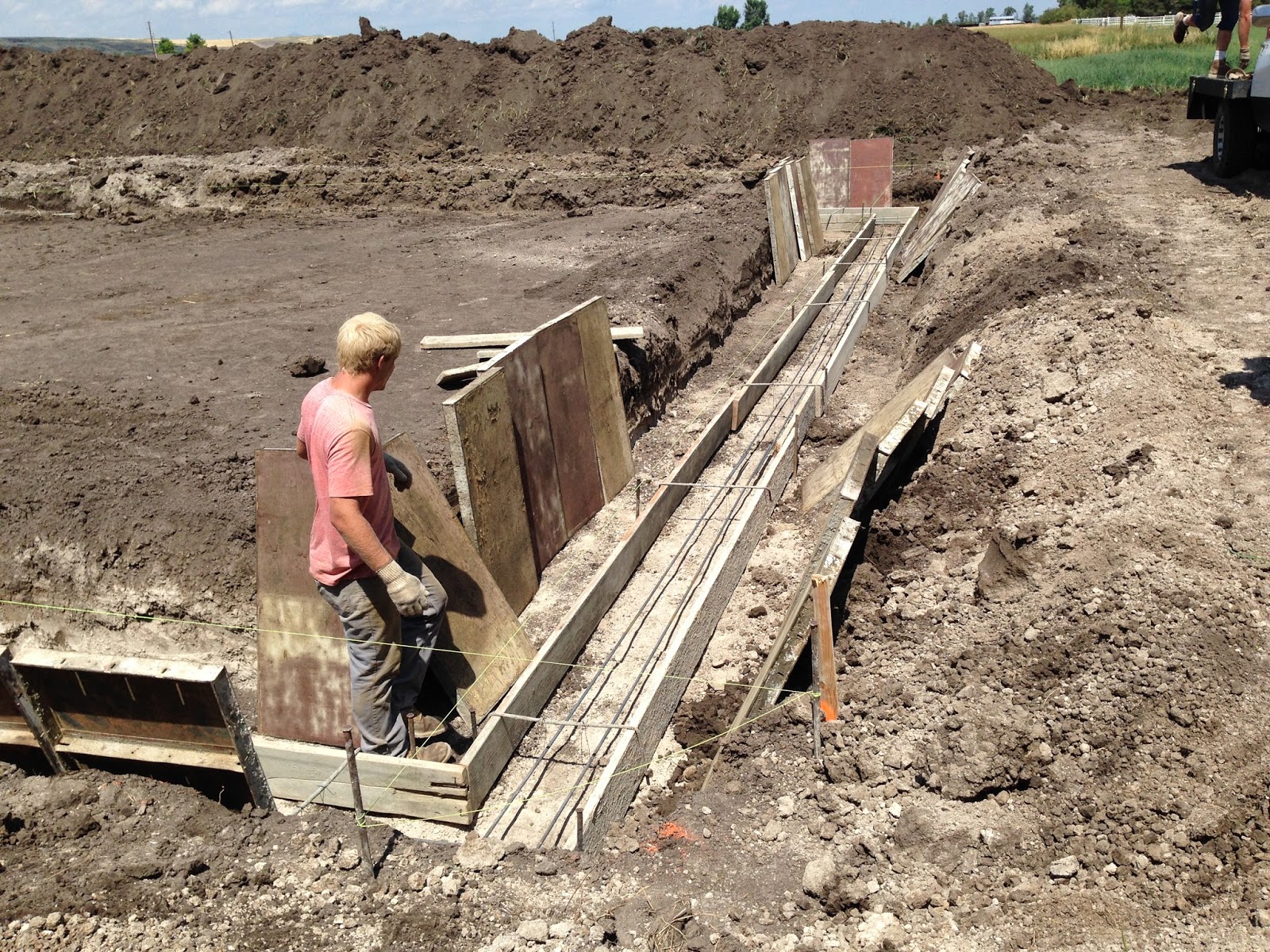 Posted by Unknown at (permalink) 12:36 PM No comments:

Martian rocks ... new images from Curiosity...
Posted by Unknown at (permalink) 5:23 AM No comments: Rosetta arrives at Comet 67P ... and successfully enters orbit around it (the photo at right is one of the first high-resolution images returned from orbit).  That's after 10 years of travel, and several years of design/build before that.  Some members of the team have been working on Rosetta for nearly 15 years.  Watching the live streaming video, you get a sense for just how excited these scientists are to see this decade-and-a-half of work reach its objective.  Congratulations, ESA team!

I'm looking forward to seeing the science results roll in.  We're about to learn a lot more about comets, and I'm sure there will be lots of interesting surprises...
Posted by Unknown at (permalink) 5:11 AM No comments: