Guess who said this, and when:


I want the people of America to be able to work less for the government and more for themselves.

I want them to have the rewards of their own industry - this is the chief meaning of freedom.

Until we can reestablish a condition under which the earnings of the people can be kept by the people, we are bound to suffer a very severe and distinct curtailment of our liberty.

These results are not fanciful, they are not imaginary, they are grimly actual, and real, reaching into every household in the land. They take from each home annually an average of over $300.00, and taxes must be paid. They are not a voluntary contribution to be met out of surplus earnings. They are a stern necessity. They come first.

It is only out of what is left, after they are paid, that the necessities of food, clothing, and shelter can be provided and the comforts of home secured, or the yearnings of the soul for a broader and more abundant life gratified.

When the government affects a new economy, it grants everybody a life pension with which to raise the standards of existence. It increases the value of everybody's property, raises the scale of everybody's wages.

One of the greatest favors that can be bestowed on the American people is economy in government.

That was said by Calvin Coolidge in 1924. Where's Cal when we need him?
Posted by Unknown at (permalink) 4:23 AM No comments:

Sailing Faster than the Wind – Downwind! 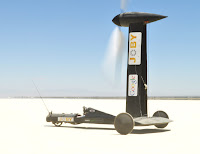 Every sailor, no matter how amateur, knows this “law” of sailing physics: if you're sailing directly downwind, the best speed you can possibly achieve is the speed of the wind itself.


We've tried to help you, California. Some spent millions on campaigns to entice you to change your reckless behavior. And you told them to kick rocks.

So here's our final warning: When you inevitably crash and burn, don't count on us to bail you out.

Is it time to leave, before the place turns into another Detroit?
Posted by Unknown at (permalink) 4:16 AM No comments:

A complete graphical taxonomy of logical fallacies, with links to explanatory text.  Excellent!
Posted by Unknown at (permalink) 4:13 AM No comments: