Smells good here right now!  Scott Norman is mowing the alfalfa on our field south of the house.  This is the first of (hopefully) three cuttings in this growing season.  This one didn't need any irrigation; we had plenty of rain to let it grow.

Scott is one of the extensive Norman clan in the Paradise area.  We lease 13.5 acres to him for to run alfalfa on.  His uncle, Mike, built our house here 22 years ago.  He and a number of his relatives live within a half-mile radius of us.  We're surrounded!  :)
Posted by Unknown at (permalink) 9:52 AM No comments:

Splat!  A fascinating theory that explains many of the oddities about the Earth's moon – by positing that the Earth used to have two moons, and they collided in slow motion...
Posted by Unknown at (permalink) 6:42 AM No comments:

The United States project...  The name drew me in, but it wasn't what I expected at all.  This is a geek project, a set of tools that can be used to explore freely available data about the U.S. government.  It's interesting stuff, and if it gathers some momentum I can imagine this being very useful indeed...
Posted by Unknown at (permalink) 6:40 AM No comments:

I have to admit ... that I did not expect this.  It appears that Putin has either blinked, or has become more enamored of a new adventure.  Either way, I am greatly relieved!
Posted by Unknown at (permalink) 6:37 AM No comments:

...these things called Beauty Contests...  James Delingpole at his sarcastic best.  The intro:


I'm very grateful to the mainstream media for drawing my attention to the fact that this is a newsworthy story. Otherwise, I'm ashamed to say, I might have overlooked it completely. It's because, unfortunately, I happen to be a throwback to the terrible era when young men would frequently assess women on the basis of their pulchritudinousness and when, amazingly, this was considered quite normal, healthy behaviour. Indeed, we even used to have these things called Beauty Contests in which - I kid you not - young women willingly participated in competitions where they were judged according to their looks, mostly by middle aged males, and didn't die of sexism or misogyny poisoning afterwards.

You'll want to read the rest...
Posted by Unknown at (permalink) 6:35 AM No comments:

More crazy people...  Haven't these guys ever heard of remotely-detonated explosives?
Posted by Unknown at (permalink) 6:32 AM No comments:

The wildfires are worse than ever! We're all gonna die!

The wildfires are worse than ever!  We're all gonna die!  Uh, no: 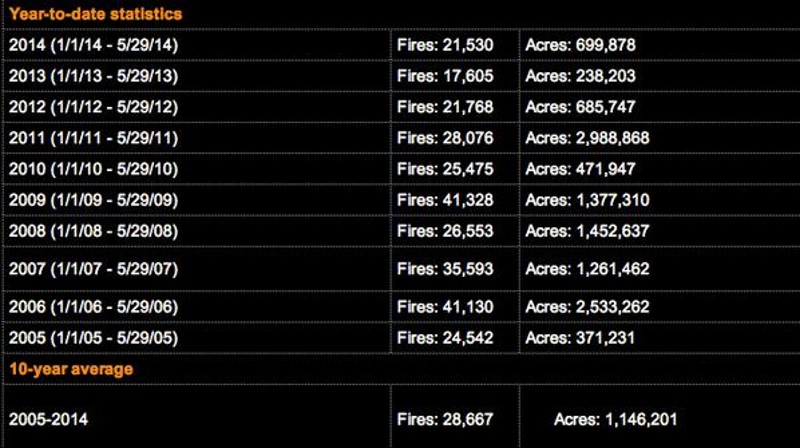 Obama's “recovery”...  The graph at right (click to embiggen) provides a detailed view of what Obama has declared to be a robust recovery.  I would call it hard evidence of a non-recovery, with a foreshadowing of more trouble to come.

The graph shows how the labor force participation rates for various age groups have changed since the onset of the recession in 2007.

The second thing that struck me is that two of these age groups stand out for the largest drop – the two youngest groups, covering workers from 18 to 24 years old.  Younger people are having far more trouble finding work than older, more experienced workers.  That does not bode well for the future, for until these younger workers can find work and gain experience, they will remain disadvantaged in the work place.

This recession has now broken all records for longevity of an economic depression or recession.  It's hard to avoid concluding that our economic policies – especially the huge bailouts and “stimulus” programs – have utterly failed (though the progressives are proclaiming them to be stellar successes, on the hypothesis – considered as fact by them – that those programs prevented an outright depression).  Worse, there's no end in sight.  It reminds me of the Carter era, in the late '70s, when the economic malaise looked like it was just going to go on forever...
Posted by Unknown at (permalink) 6:29 AM No comments:

The most epically hypocritical Democratic smear ever!

The most epically hypocritical Democratic smear ever!  John Hinderaker is on the case...
Posted by Unknown at (permalink) 6:15 AM No comments:

Imagine what Obama's West Point speech should have been...

Imagine what Obama's West Point speech should have been...  Richard Fernandez did, in Brother Rat.  An excerpt:


I said I was going to speak at West Point. That way it will look like I’m doing something. Because for me, to speak is to act. Let me say there’s a chance for the Ukrainian people to choose their future — without us firing a shot – because it is the Russians who will do all the shooting. The Iranian nuclear program steadily advanced for years. Never so fast as under me. We have a very big chance of achieving a breakthrough agreement with Tehran, “a fat chance” in fact. This is American leadership. This is American strength.

NATO was the strongest alliance the world, made up mostly of us. Now that I’ve taken out the “us” we have more room for diplomacy. You see, we have to talk. We can’t fight any more. That’s why you owe me one. I’ve saved your life. Never again will you have to take to the battlefield. There’s no point. With any luck you’ll just have work as props from now on. To sit in front of me when I talk, to stand behind me when I talk. American influence is always stronger when we lead by example. Let’s show everyone that there’s no enemy, no danger, no peril we can’t run away from or try to buy off.

Brilliant!  Go read the whole thing...
Posted by Unknown at (permalink) 6:14 AM No comments: