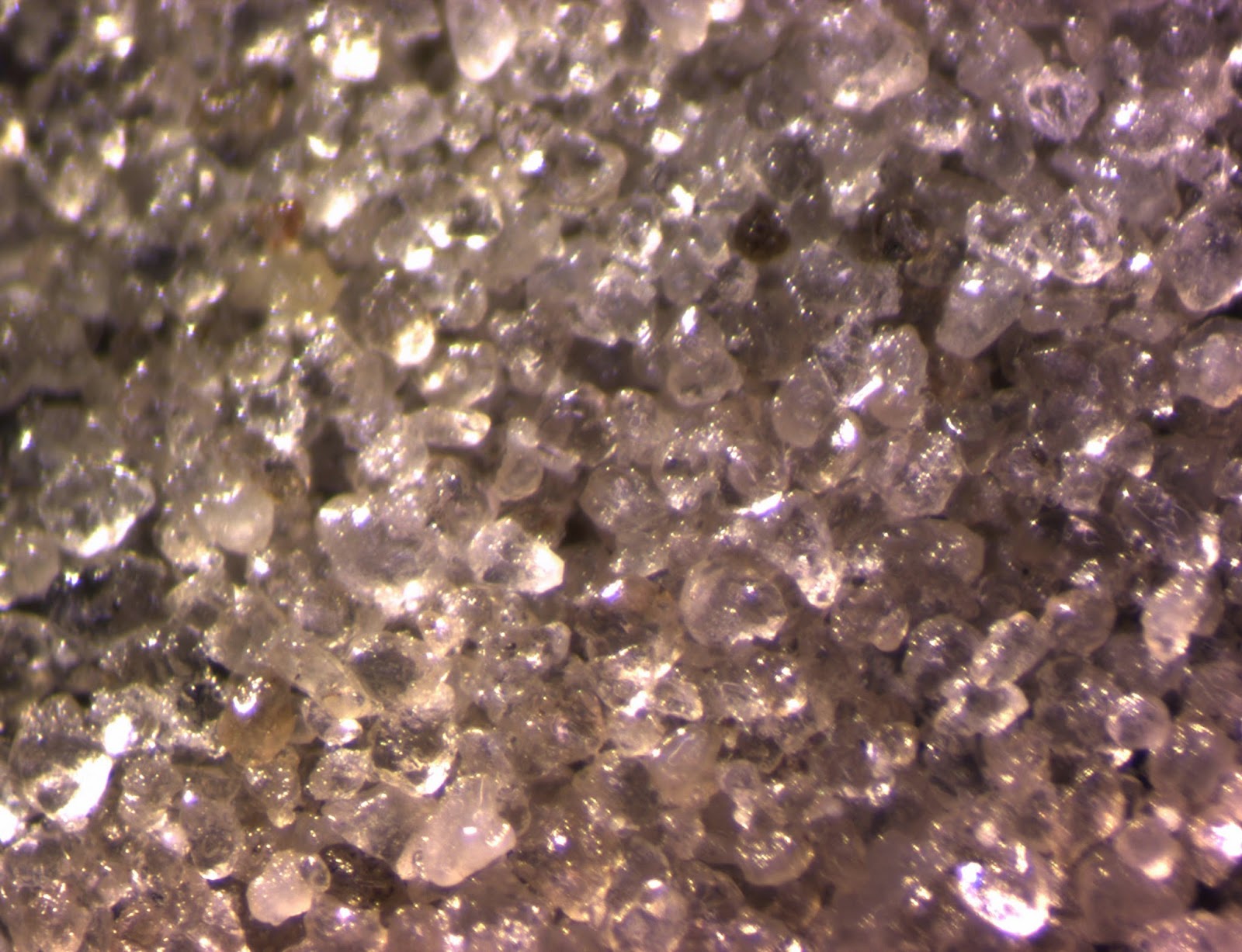 Color laser printing...  Below are two views of a laser-printed photo of Miki (our youngest field spaniel).  The photo was taken when he was a tiny puppy.  I'm using this photo on our address labels, which I printed on an HP CP4025 color laser printer.  At left is a view at 5x magnification, and even at this low magnification you can easily see the pixelization in the rendering.  You can also see the precision (1200 DPI) with which the printer renders text.  At right is a view at 60x (it's of Miki's right eye in the photo), and now you can see how each color is produced from the printer's three primary colors... 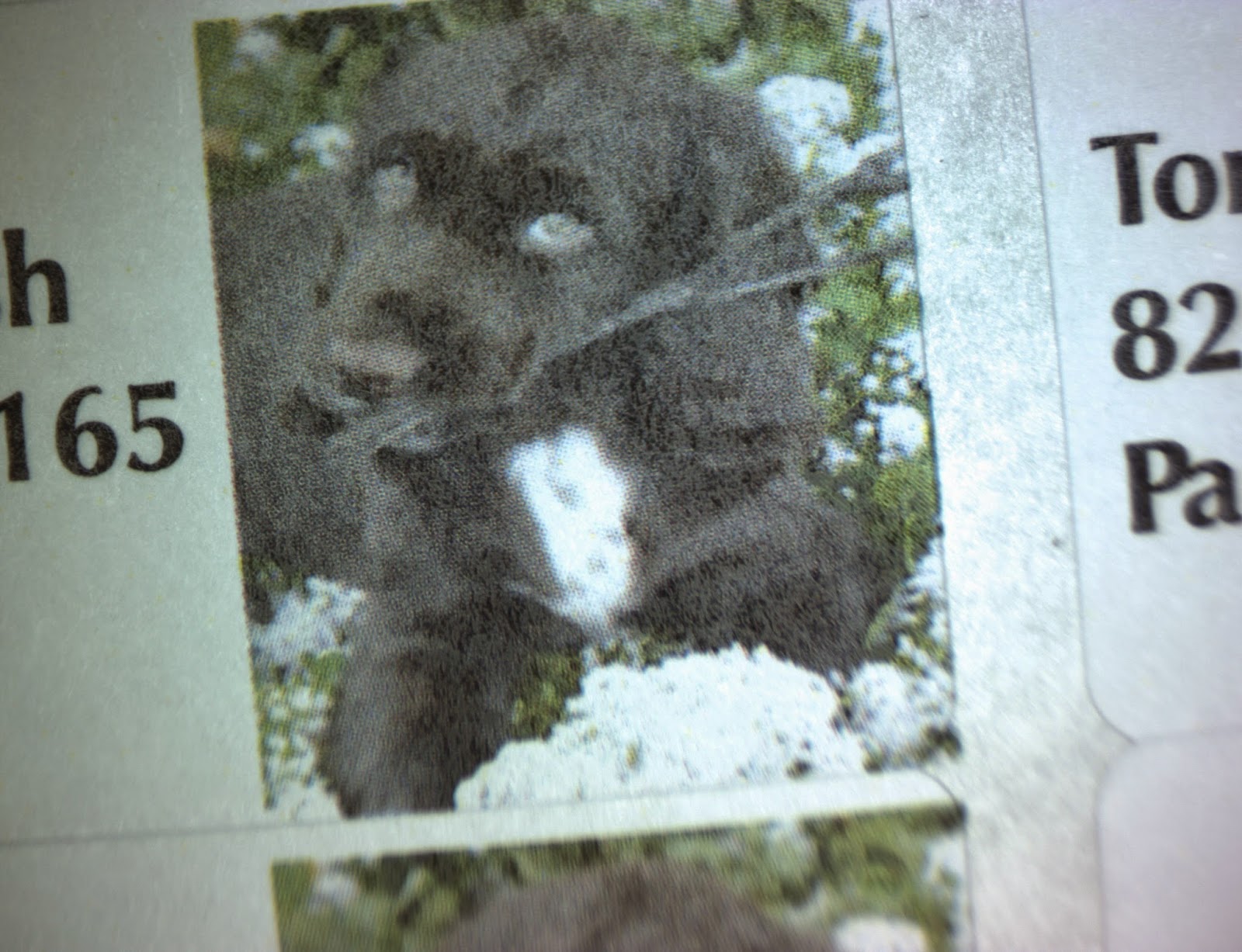 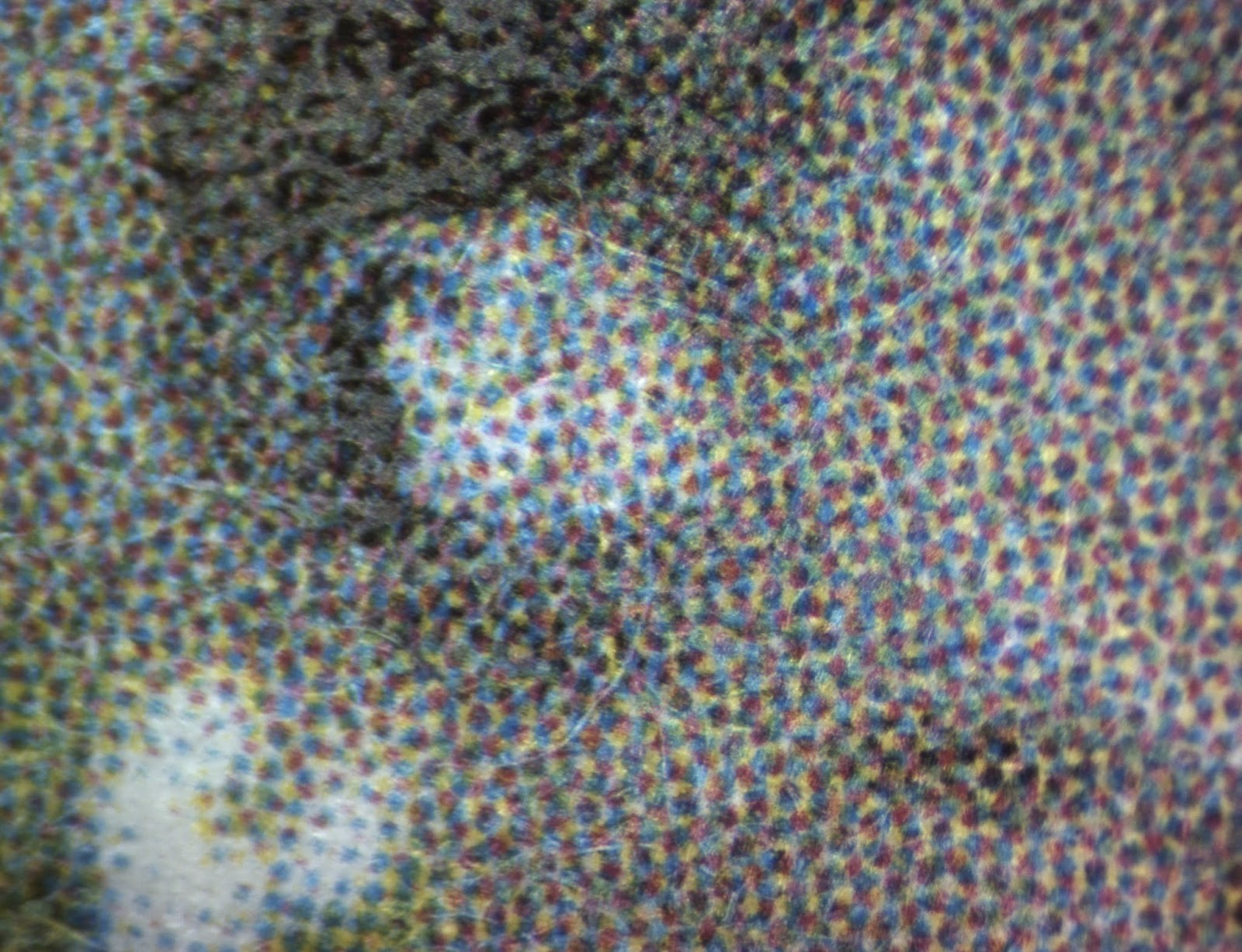 Posted by Unknown at (permalink) 3:24 PM No comments: 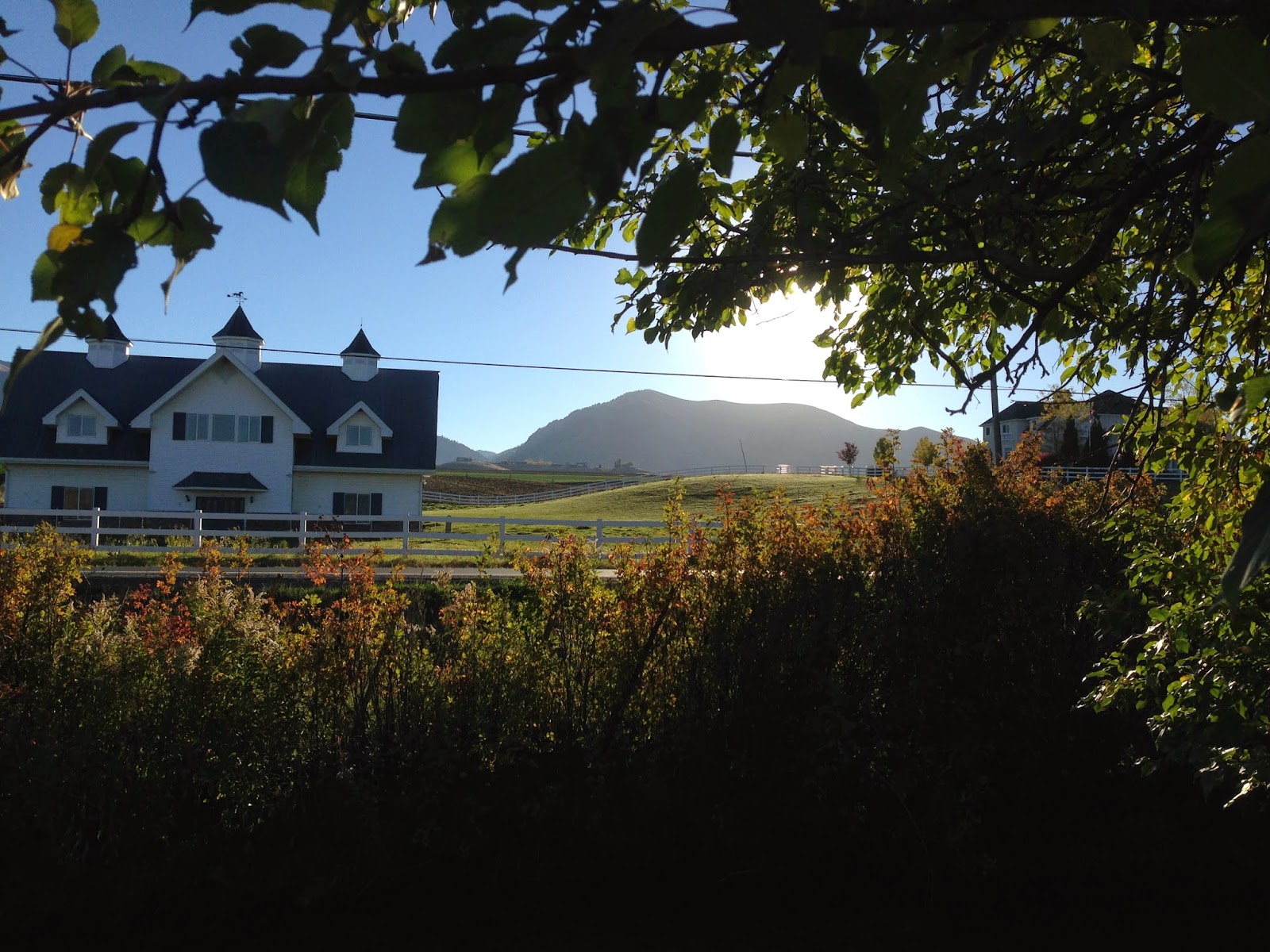 Early morning in Paradise...  This was taken from our place, looking east to our neighbor's place across the road...
Posted by Unknown at (permalink) 8:52 AM No comments:

Barn: last of the roof, and stairway...

Barn: last of the roof, and stairway...  Yesterday the last section of the roof was sheathed, and the stairway to the second floor finished.  This morning the roofers showed up, and they're going to put the underlayment on the barn today.  This will waterproof it until the steel roof goes on.  Then on Monday they're going to start ripping the old roof off our house, in preparation for its new steel roof.

The roofer and I calculated today that the barn would have about 5 tons of steel roof on it when finished, and the house about 2 tons.  Seven tons of steel between us and the elements.  I'm ok with that :)

The builders are going to “house-wrap” the barn today with a Tyvek wrapper.  This will weatherproof the entire barn until they get the siding on.  They're hoping to get a framing inspection done today, while they're installing windows and doors... 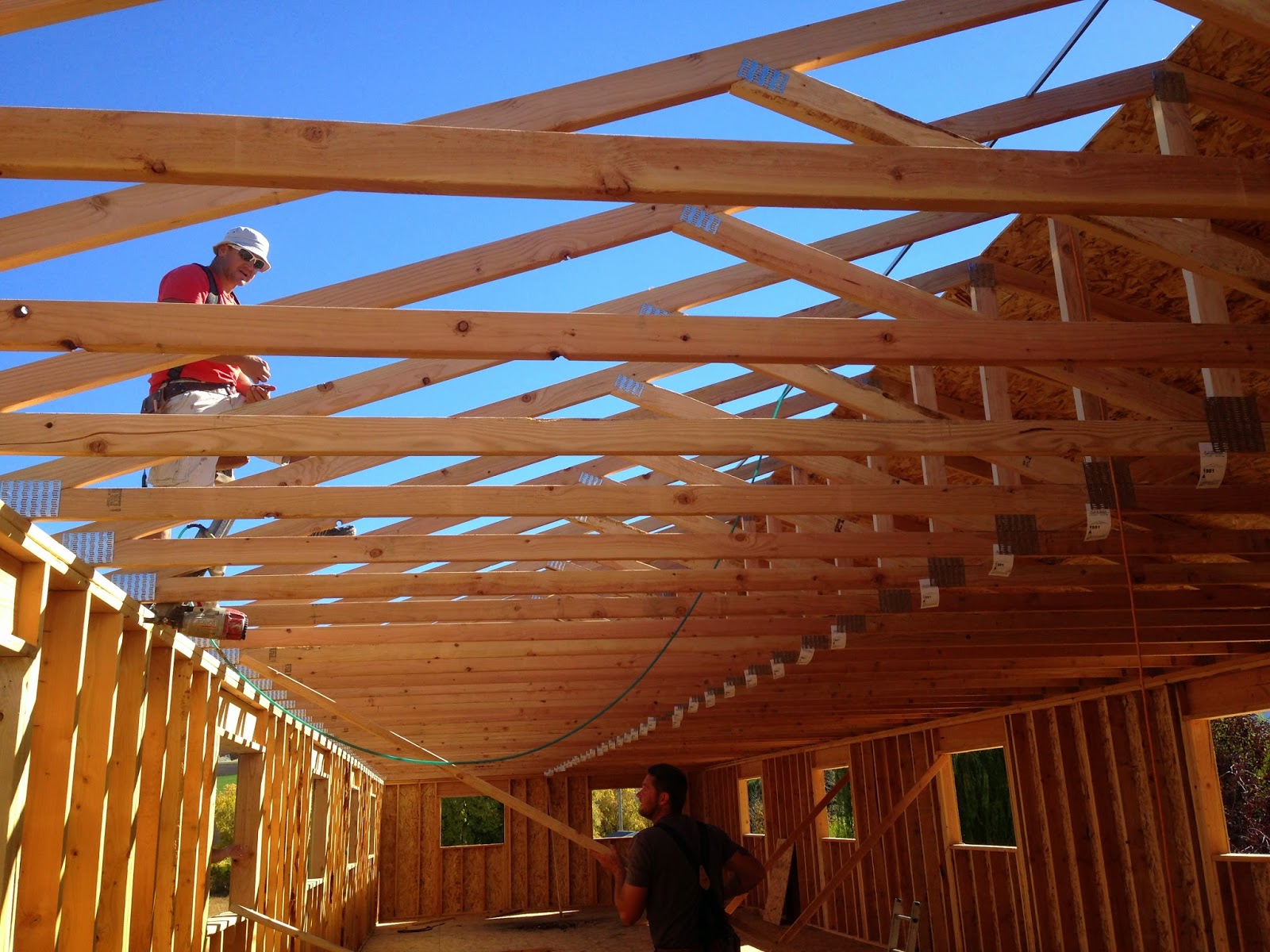 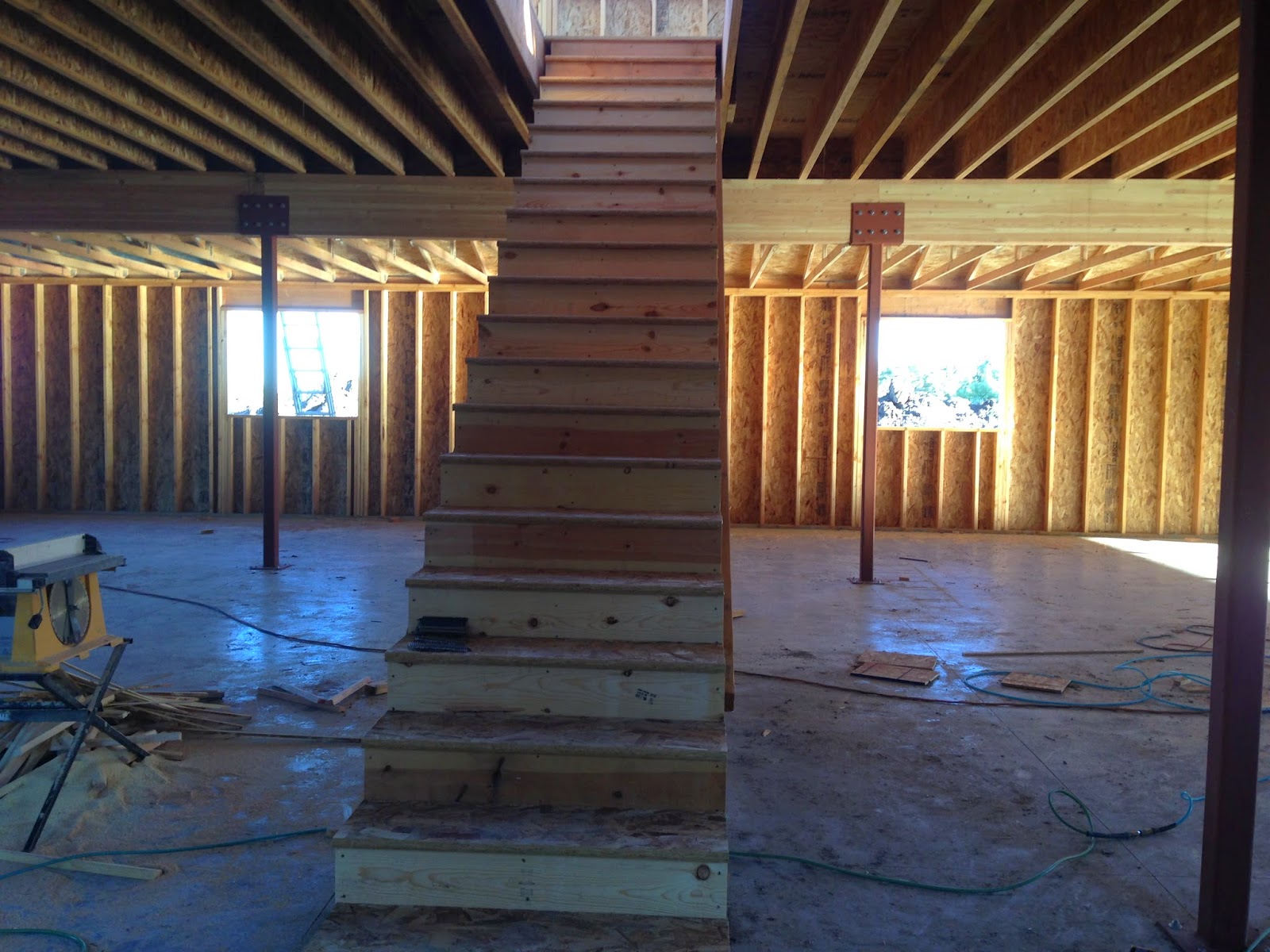 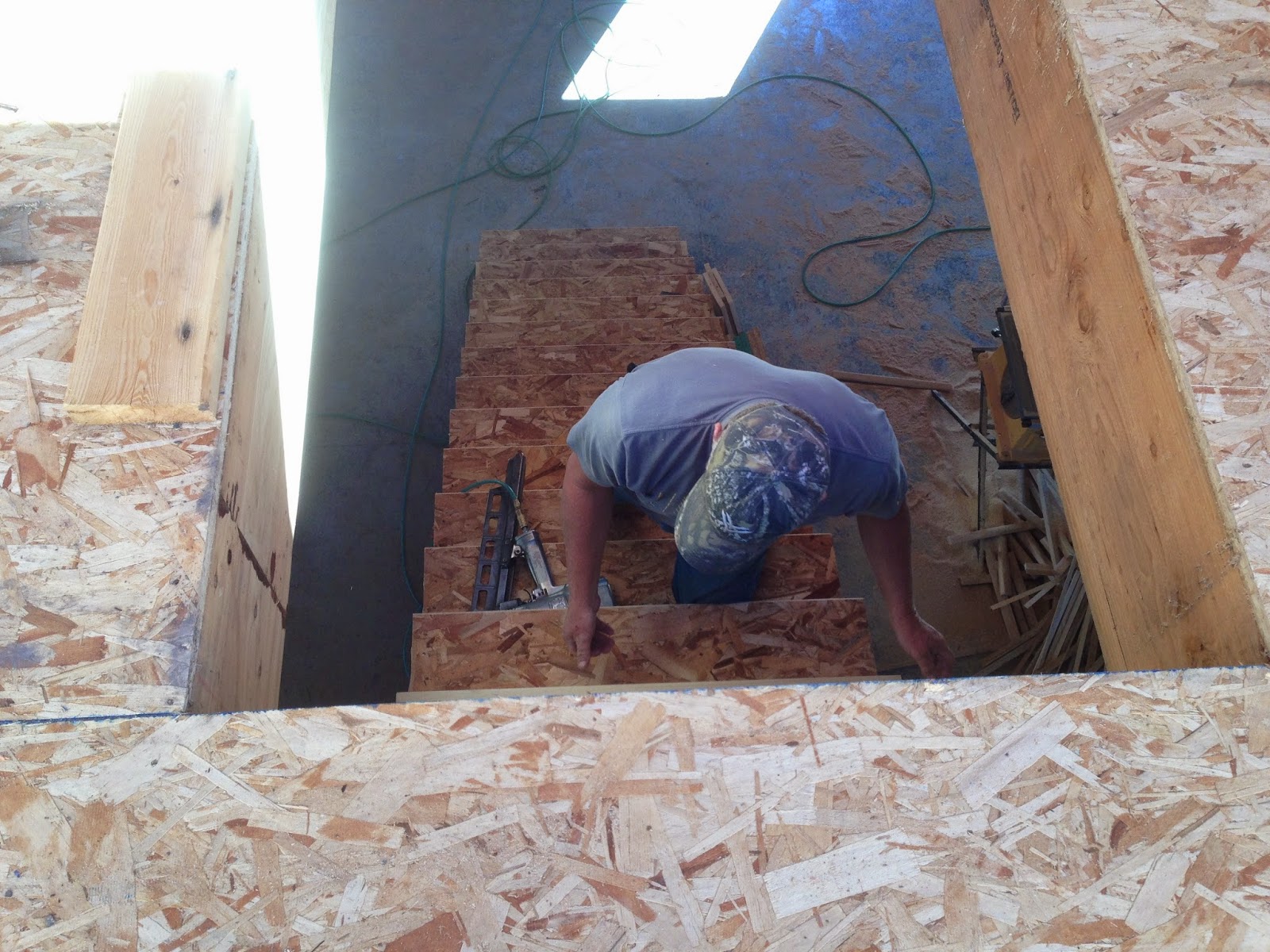 Posted by Unknown at (permalink) 8:50 AM No comments:

Lunar eclipse as seen from Mercury...

Lunar eclipse as seen from Mercury...  The MESSENGER robotic explorer orbiting the inner planet Mercury aimed it's cameras at the Earth/moon system during the recent lunar eclipse.  It took several sequential still photos, which NASA turned into this short video.  The Earth is in the center, and the moon to the right.  Awesome!
Posted by Unknown at (permalink) 8:19 AM No comments: 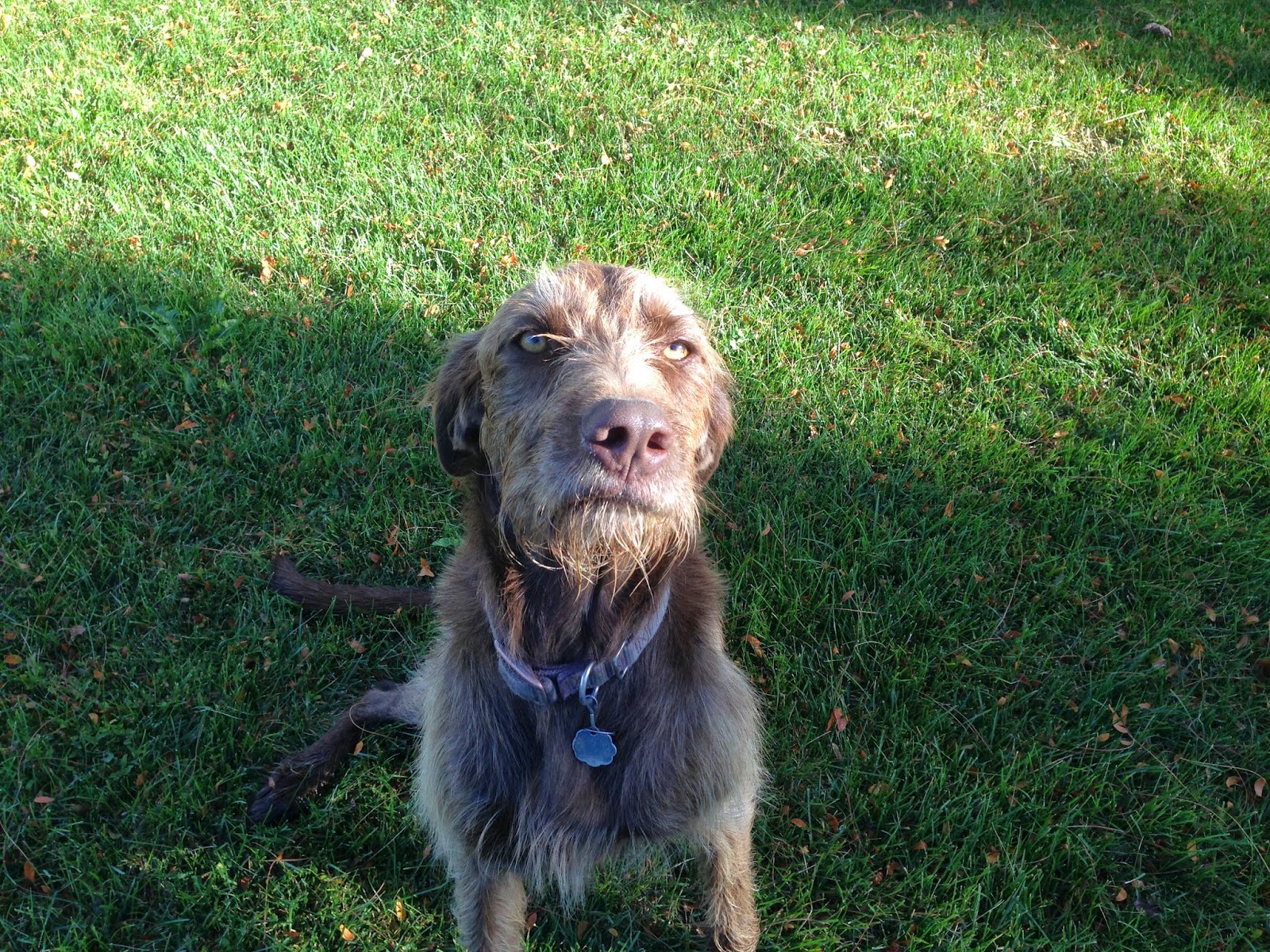 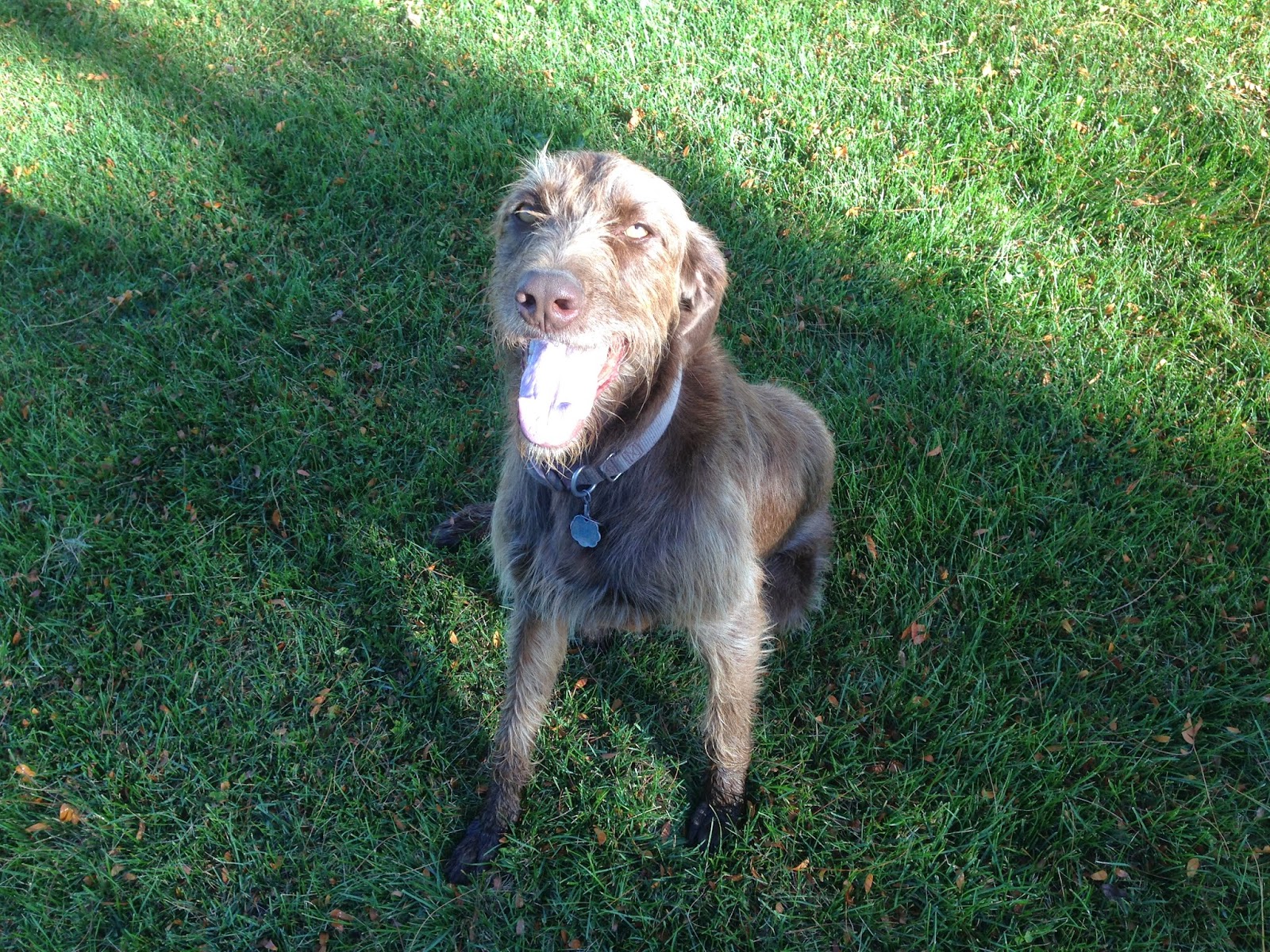 Annie loves me...  This is our neighbor's dog, a mixed-breed girl who delights in chasing birds (without any success) and voles (at which she is a consummate expert).  Her family doesn't give her any treats, so when I first offered her a Milk-Bone, she was hesitant.  Those days are long gone :)  Now when I call her, even if she's hundreds of yards away, she comes running for her treat.  Yesterday, just before I took these photos, she was running around me in big circles, maybe 50' in radius, at full speed, just chock full of energy and Milk-Bone induced happiness.  She's become my substitute canine companion until our mutts finally get their mutt-butts up here...
Posted by Unknown at (permalink) 7:40 AM No comments:

Busted 'em in the Cheops...

Busted 'em in the Cheops...  The Rosetta robotic comet explorer is now in an orbit just 6 miles (10 km) from the surface of Comet 67P.  The photo at right shows a “boulder” the team has dubbed “Cheops” sitting on an otherwise quite smooth surface.  They don't know (yet) what the artifact is actually made of – it's more likely frozen gasses of some kind (methane, for instance) though it could actually be rock.  Rosetta's spectrograph and other instruments will figure this out over time...
Posted by Unknown at (permalink) 7:35 AM No comments:

AGW skepticism goes mainstream...  In today's Wall Street Journal, Dr. Judith Curry has an op-ed piece that lays out the scientific case for AGW skepticism.  Dr. Curry has long been one of the leading skeptical voices amongst climate scientists, with a consistently strong, sober, fact-based analysis of observed data.  She's also been the target of an outrageous sliming campaign, marked by non-stop ad hominem attacks, by the Mannian warmist camp of climate scientists (and, following them, the lamestream media).  Her treatment at the hands of her fellow scientists serves as an example of anti-science: what happens when money and politics drive the results, instead of knowledge and data.

It's a fine thing to see her name on a piece in a publication like the Wall Street Journal...
Posted by Unknown at (permalink) 7:31 AM No comments: