Calm in the Storm...

I've done my share of risky things, and then some.  But I would never have done what the guy in the video below did – and if I got in that position somehow by accident, I certainly would not have been as eerily unaffected as he was.  Pay attention to the phone conversation, and think about how the person on the other end of the call must have been feeling...

Now a report says that 83% of all doctors have considered leaving their practice because of ObamaCare.  This jibes with what I've heard from doctors I know, every one of whom is wondering what their future holds under ObamaCare, and whether that future will be in U.S. medicine.  Some are considering leaving the country, to practice where they can make more money.  Others are considering changing careers.  None – not one – believes that they have a viable career as a doctor being paid under ObamaCare.

This flight of doctors to higher-paying careers is actually not new – it began years ago with Medicare and Medicaid, two government programs that pay fixed (and very low) fees to doctors.  That flight, though, was to private medicine: an increasing number of doctors, over the years, refuse to take Medicare/Medicaid patients for the simple reason that they don't pay enough.  Under ObamaCare, however, that choice is removed – and now to make more money, they have to make a more drastic career change.

I would like to live out my years in a country where I at least have the choice to obtain the services of a great doctor, even if I have to pay for that choice myself.  If our great doctors tend to switch to another career, or move to another country, that's going to get a lot harder.  It's going to make options like traveling to India, Estonia, or Brazil for medical care look a lot better.  Some countries are already thinking about encouraging “medical tourism” like this as a major policy effort, most especially Israel, China, and India.  To them, ObamaCare is an enormous opportunity.  Good for them! But not so good for us...
Posted by Unknown at (permalink) 4:54 AM No comments:

Sounds of the Aurora Borealis...

For years scientists believed that reports of sounds accompanying the aurora borealis were mistaken, or possibly the result of too much alcohol (this was actually posited as a cause!).  But then some scientists heard them, when not drunk.  Oops.  So then they had to figure out where the sound actually came from, because the lights of the aurora borealis are clearly too far away to hear.  Now they have: the sounds come from just 70 meters (about 220 feet) above the ground...
Posted by Unknown at (permalink) 4:43 AM No comments:

Unions Spend a Lot on Politics...

Well, that's not really a surprise, is it?  But today's Wall Street Journal is reporting that unions actually spend about four times more than what was generally believed...
Posted by Unknown at (permalink) 4:38 AM No comments:

Matt Harding travels all around the world, and dances with folks he meets.  He takes video of these “events”, then edits them into short videos like the one below.  This one has some places I'm familiar with: Tallinn (Estonia), St. Petersburg (Russia), and the Sibelius monument in Helsinki (Finland).  Watch it – it will put a smile on your face:

Kinda Says It All...

Via my lovely bride, who's taken a new interest in politics now that she understands how it's going to hit us directly in the wallet: 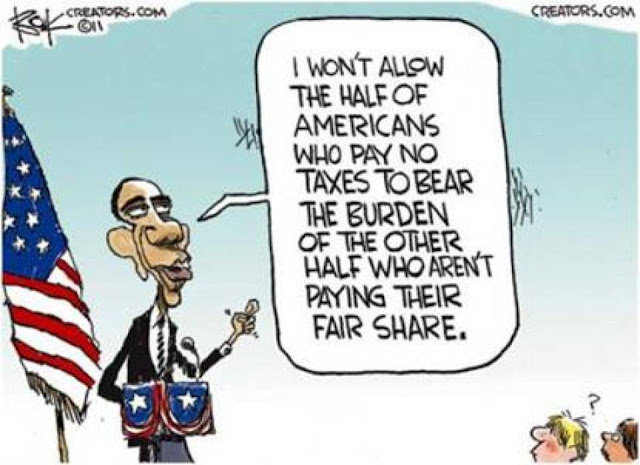 Barack Obama met with the Queen of England. He asked her, "Your Majesty, how do you run such an efficient government? Are there any tips you can give me?"

"Well," said the Queen, "the most important thing is to surround yourself with intelligent people."

Obama frowned, and then asked, "But how do I know the people around me are really intelligent?"

The Queen took a sip of tea. "Oh, that's easy; you just ask them to answer an intelligent riddle."

The Queen pushed a button on her intercom. "Please send David Cameron in here, would you?"

Mr. Cameron walked into the room and said, "Yes, Your Majesty?"

The Queen smiled and said, "Answer me this please, Mr Prime Minister, your mother and father have a child. It is not your brother and it is not your sister. Who is it?"

Without pausing for a moment, the Prime Minister answered, "That would be me."

Obama went back home to ask Joe Biden the same question. "Joe, answer this for me. Your mother and your father have a child. It's not your brother and it's not your sister. Who is it?"

He went to his advisors and asked everyone, but none could give him an answer.

Finally, Biden ran in to John Boehner out eating one night. Biden asked, "Mr Speaker, can you answer this for me? Your mother and father have a child and it's not your brother or your sister. Who is it?"

Representative Boehner answered right back, "That's easy, it's me!"

Biden smiled, and said, "Thanks!"

Biden then, went back to speak with Obama. "Say, I did some research and I have the answer to that riddle. It's John Boehner!"

Obama got up, stomped over to Biden, and angrily yelled into his face, "No! You idiot! It's David Cameron!"