More memories ... from my mom's collection of photos.  All of these photos are modern copies of older photos; I do not have the originals.

On the back of this undated photo, in my mom's handwriting: “Grandmom Johnson”.  That means this is my great-grandmother Johnson, my mom's mother's mother.  I have no memory of that face; I don't know if I ever met this woman.  I don't remember any of the parents of my mom's parents, which makes me think that none of them were alive by the time I was four or five years old.  I have no idea of the location.

What a photo!  It's undated, and on the back, in my mom's handwriting: “Don - Elinor Janet Myra & Kay”.  Dapper Don would be my mom's brother Donald, my uncle.  My mom is second from the left.  If she's 7 in that photo, this would be '42 – wartime.  I have no idea who Janet, Myra, and Kay are, but I'm pretty sure they're not my mom's siblings.  This would have been taken in either Locust or Highlands New Jersey, where my mom lived as a child.

This is undated, and on the back in my mom's handwriting it says simply “Elinor”.  So this is my mom as an infant, probably in '36.  That carriage appears to be made of reeds, like a basket.  She's smiling as though she has no idea there's a Great Depression going on, which of course she wouldn't have.  I can only guess that this was taken in Locust or Highlands, where her family lived.

This photo is also undated, but has a longer note in my mom's handwriting on the back:

The girl on the left is my mom.  She looks to be about 5 or 6, which would put this in '40 or '41, just before the U.S. entered WWII.  That's her dad whose lap she's sitting on, my grandfather, looking very much younger than my memories of him.  I don't know the German couple at all.  I hope they fared all right during their incarceration.  My mom's hair looks very light – blond – in this photo.  I wonder if it really was?  I don't know where the photo was taken, and of course I have no clue why it was taken.  Did the German couple have some sort of relationship with my mom's family?  Friends, perhaps?  I don't think I'll ever find that out...
Posted by Unknown at (permalink) 4:15 PM No comments:

This could be here, except for the f-bomb...

This could be here, except for the f-bomb... 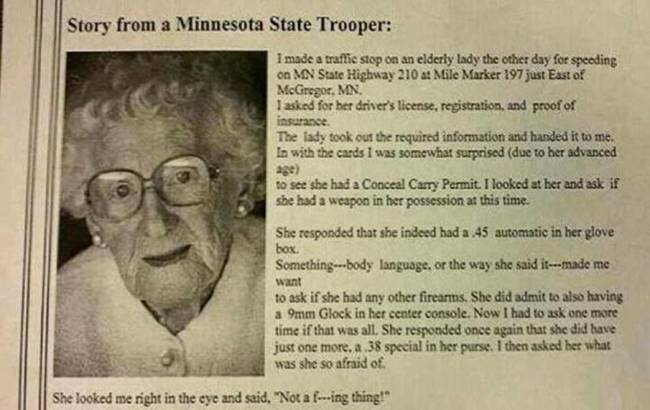