Everything Old is New Again...

About a million years ago, when I first started learning about computers, I played with some electronic analog computers in the lab.  These were implemented with (primitive) operational amplifiers and simple electronic circuitry.  Later, when I was stationed on a ship, I was called in a few times to help troubleshoot an actual, production analog computer: the guidance computer for the Terrier anti-air missile system.  This beast of a computer was electro-mechanical: it used synchros, gears, cams, etc. to do some very complex computations in real time.

These old analog computers were cantankerous and prone to unobvious calculation errors.  We thought of digital computers as better in every respect.

So it feels kind of weird to see them being proclaimed as the next great thing!
Posted by Unknown at (permalink) 4:25 AM No comments: 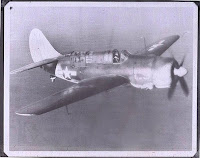 Well, raising a WWII Helldiver, actually – today, from Otay Lake.  It was ditched there in 1945, and it's believed to be the only one in existence...
Posted by Unknown at (permalink) 4:16 AM No comments:

This is really cool – a space shuttle launch (complete with audio) from the perspective of one of the solid fuel boosters strapped to the sides of the fuel tank.  The first couple minutes of this there isn't much happening, as the camera is staring at the fuel tank – but the sound tells you what's going on, and you can see changes to the tank's surface (water and ice) as the shuttle rises.  Then the boosters break away and the real show begins.  Enjoy!