Paradise ponders...  Quite a bit got since yesterday afternoon on our construction projects!  Late last night a heating and air conditioning guy showed up to install a heating duct for our mud room (visible in the sixth photo below).  Just by happenstance our home has a floor duct alongside the front door.  Our builder cut a hole in the house's rim board, and there was the duct, right there – very convenient!  So we simply cut out that register transition (so now that register inside the house will not put out any warm air) and extended it with an insulated duct to a register transition on the mud room floor.  We won't miss the register inside the house, as there are several other ducts nearby.

This morning, the insulation crew showed up.  Two very hard-working guys had all the insulation installed in about two hours.  All but the last two photos show that work.  The fourth photo shows some interesting “shells” they were using.  These shoot (literally, with gunpowder!) small fasteners through bats of insulation into the concrete foundation.  This is how they attached the bats to the insides of the foundation walls.  It was interesting to see how they handled all the little challenging details, like the ends of the joist runs.  These two fellows had obviously done all of this many times – they zipped through all the work very efficiently.

Later this afternoon, our builder showed up with his son and installed the tongue-and-groove OSB sub-floor sheathing.  They were interesting to watch, too – especially when it came to the funny angles in the sun room floor.  They did it a far easier way than I'd have done.  I would have carefully measured the outline of the rim board, and then attempted to transfer those measurements to an 8x4 piece of sheathing.  They simply installed the 8x4 sheet and let it overhang.  Then they traced out the actual rim board edges and sawed it off (as you can see in the last photo).  Much easier!  Our builder has done this a time or two, methinks.  :) 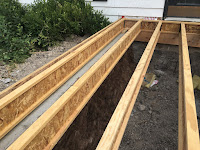 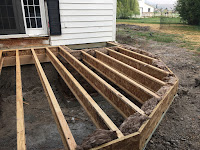 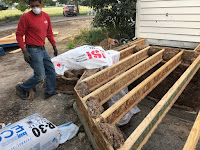 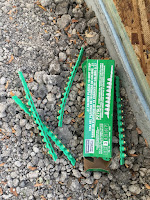 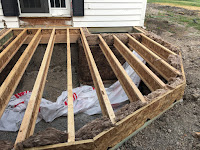 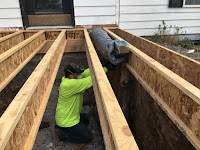 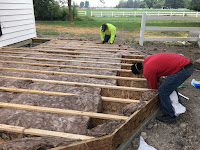 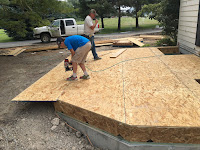 Posted by Unknown at (permalink) 3:51 PM No comments:

Another piece of paper... 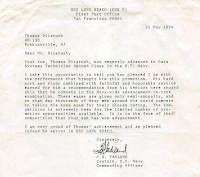 Another piece of paper ... that my mom saved.  It's also another one that I had no idea existed.  It's a letter from the captain of the USS Long Beach, the ship I served on.  My mom probably didn't realize that this was a standard form letter, hand typed by a yeoman from a template provided by the Navy Bureau of Personnel (BUPERS).  The Navy did quite a few things like this, attempting in their ham-handed way to generate some good public relations through their enlistee's families.  My mom also likely didn't realize that this particular event being roundly praised (my advancement to DS2) was guaranteed, conditional on my meeting minimum requirements, by the six year enlistment commitment I'd made.  Part of that was fast-tracked promotion to E5 upon graduating successfully from “C” school (which I did) and passing the tests for E5 (which I also did, not long before this letter was typed up).

If you're unfamiliar with U.S. Navy enlistee designations, the “Data Systems Technician” was my rating.  It was often shortened to “DS”.  Basically a data systems technician was the IT guy of the day.  The job was a bit different back then, though: we did relatively little on software, configuration, or administration (tasks that dominate the work today).  Instead we spent most of our time doing actual electronic repair, right down to the component level.  We had to be very proficient with oscilloscopes, meters, Ohm's law, soldering irons, and so on to do the job.  A modern IT guy might not know any of these things, but can configure routers or administer the daylights out of a Linux system :)  The “Second Class” was my rank, the Navy's term for an enlisted person at rank E5 (which means fifth from the bottom-most rank).  The second class was often shortened to just “2”, and “DS2” the short form of Data Systems Technician Second Class.  The short form is certainly much easier to type!

That particular captain, Captain Frank R. Fahland, was known by the crew as “Frank the fish”, mostly for the appearance of his face.  May 1974 is quite shortly after I arrived on board the ship, and I'm certain that the captain had absolutely no idea who I was.  The ship had a crew of 1,200 men, and he and I had never met.  The boilerplate text in the letter is technically truthful, but for data systems technicians the competition wasn't all that keen – the Navy was desperate for more of them, and you had to be pretty darned bad to fail the qualifications :)

I'm afraid my mom was a bit deceived about the glory being showered on me by Frank the Fish :)
Posted by Unknown at (permalink) 3:12 PM No comments: 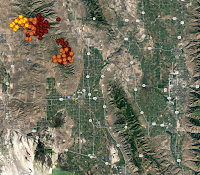 Broad Mouth Fire...  This is a fire that's been giving us a smoky atmosphere for about a week now, in a fairly remote area of Box Elder County, but near the edge of Cache County (where we live).  The fire currently is burning about 30 miles to our northwest, and it's burning to the south and west (which is not toward us).  As I write, the fire has burned about 10,000 acres and its only 15% contained.  Locals tell me that the area that's burning is mostly sage and grass, with scattered juniper and pinyon pine, and this sounds right.  That's far less fuel (and therefore far less scary) than we had in the chaparral where we used to live, down in southern California. 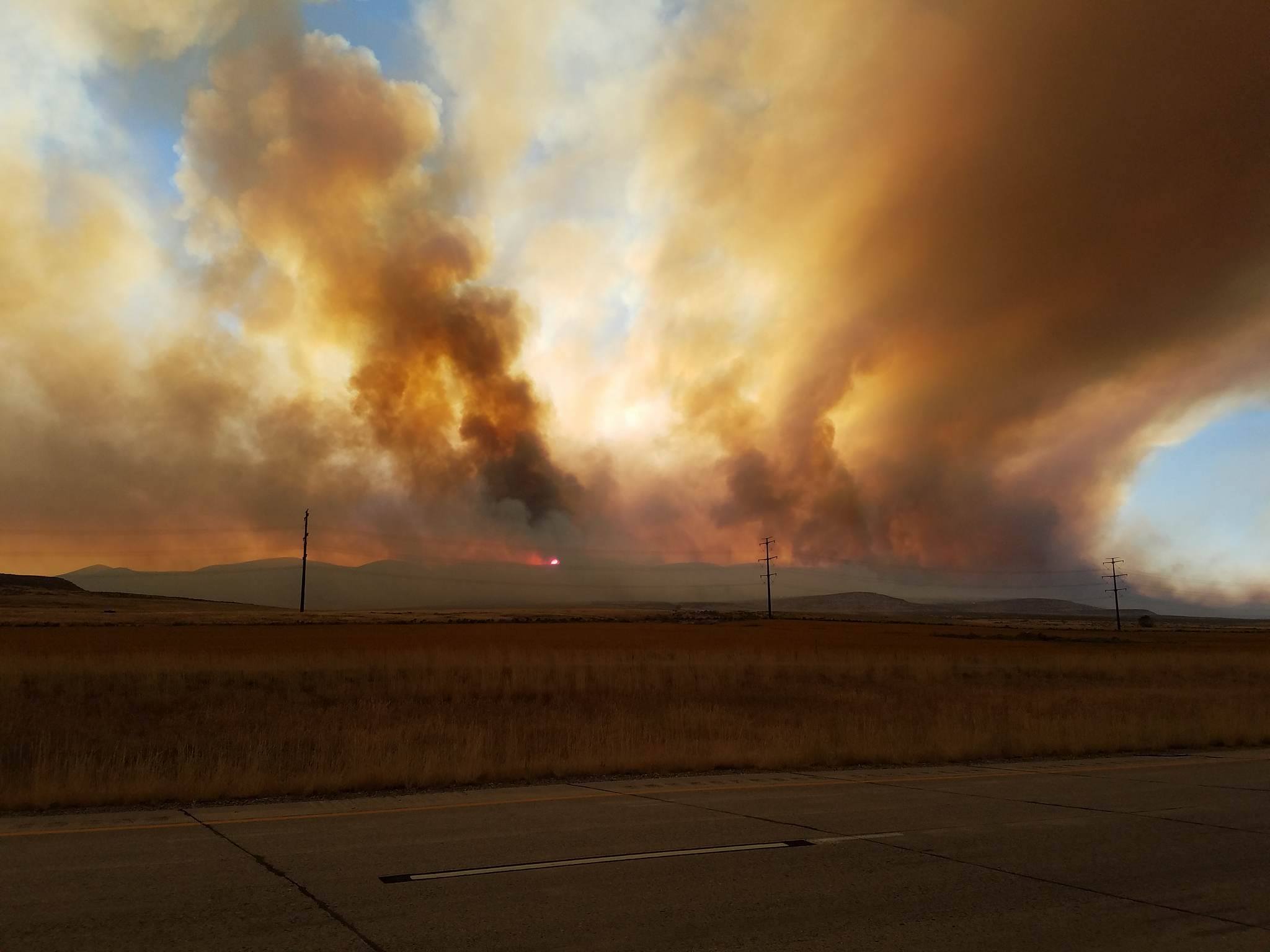 I learned about some online fire resources in the course of researching this fire.  First thing I found was the Utah Fire Info site, which, amazingly enough, is a government effort.  It's quite good.  That took me to another great government-generated resource: realtime fire updates via Twitter.  Kudos, Utah state government!  The Twitter feed took me in turn to another resource (not government): a wildfire viewer, with multiple layers of information.
Posted by Unknown at (permalink) 2:18 PM No comments: