Some words for the occasion from President Ronald Reagan:


Sometime back I received in the name of our country the bodies of four marines who had died while on active duty. I said then that there is a special sadness that accompanies the death of a serviceman, for we're never quite good enough to them-not really; we can't be, because what they gave us is beyond our powers to repay. And so, when a serviceman dies, it's a tear in the fabric, a break in the whole, and all we can do is remember.

It is, in a way, an odd thing to honor those who died in defense of our country, in defense of us, in wars far away. The imagination plays a trick. We see these soldiers in our mind as old and wise. We see them as something like the Founding Fathers, grave and gray haired. But most of them were boys when they died, and they gave up two lives -- the one they were living and the one they would have lived. When they died, they gave up their chance to be husbands and fathers and grandfathers. They gave up their chance to be revered old men. They gave up everything for our country, for us. And all we can do is remember.

There's always someone who is remembering for us. No matter what time of year it is or what time of day, there are always people who come to this cemetery, leave a flag or a flower or a little rock on a headstone. And they stop and bow their heads and communicate what they wished to communicate. They say, "Hello, Johnny," or "Hello, Bob. We still think of you. You're still with us. We never got over you, and we pray for you still, and we'll see you again. We'll all meet again." In a way, they represent us, these relatives and friends, and they speak for us as they walk among the headstones and remember. It's not so hard to summon memory, but it's hard to recapture meaning.

And the living have a responsibility to remember the conditions that led to the wars in which our heroes died. Perhaps we can start by remembering this: that all of those who died for us and our country were, in one way or another, victims of a peace process that failed; victims of a decision to forget certain things; to forget, for instance, that the surest way to keep a peace going is to stay strong. Weakness, after all, is a temptation -- it tempts the pugnacious to assert themselves -- but strength is a declaration that cannot be misunderstood. Strength is a condition that declares actions have consequences. Strength is a prudent warning to the belligerent that aggression need not go unanswered.


Read the whole thing here...
Posted by Unknown at (permalink) 5:53 AM No comments:

Muggers Return Wallet to a Soldier...


The 21-year-old University of Wisconsin-Milwaukee student said he was walking home from work about 1:15 a.m. Tuesday when he was pulled into an alley and told to lay face down and with a gun to his neck. Four men took his wallet, $16, keys, his cell phone and even a PowerBar wrapper from his pants pockets, he said.

But the hostile tone quickly changed when one of the robbers, whom the reservist presumed was the leader, saw an Army ID in the wallet. The robber told the others to return the items and they put most of his belongings on the ground next to him, including the wrapper, the reservist said.

'Tis a strange world we live in...
Posted by Unknown at (permalink) 5:46 AM No comments: 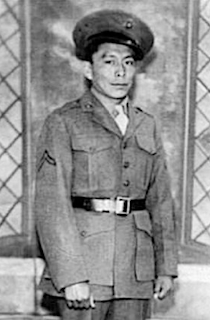 The story of the Navajo “code talkers” in World War II is one that struck me from the first time I heard it – it was such a clever solution to a tough problem.  The challenge our military faced was this: they badly wanted to be able to communicate between front-line troops (the “grunts”) and the air and artillery support for them.  This communication needed to be near real-time if it was to be effective, and it had to be practical in the chaos of combat.  And, of course, it had to be secure – if the Japanese could intercept the communications, then the communications might be more harmful than useful to our troops.  Back then, in the days of vacuum tubes, there was no such thing as a hand-held encrypted radio.

Someone came up with the idea of using a combination of a uniquely American language (the Navajo Indian language) and a verbal code (“eagle” might mean “airplane”, for example).  The Japanese were unlikely to find a native Navajo speaker amongst their population, and to anyone else the language was completely unintelligible, as it was unrelated to any other language.

So a group of Navajos was formed, and trained both in radio operation and in a self-developed second layer of coding.  Soon these soldiers could talk reliably to each other over a radio – and anyone else listening would have no idea what they were saying.  Perfect!  Members of the group were then assigned to front-line troop squadrons and to air and artillery units, and for the first time ever front-line troops had secure, real-time communications with their support units.  The Navajo code talkers played a key role in the Pacific war, and there are many heroic stories about them.

Some of the Navajo code talkers are still alive, and they're assembling in (of all places!) New York City:


The famed Navajo Code Talkers, the elite Marine unit whose unbreakable code stymied the Japanese in World War II, fear their legacy will die with them.

Only about 50 of the 400 Code Talkers are thought to be still alive, most living in the Navajo Nation reservation that spans Arizona, New Mexico and Utah. Many are frail or ill, with little time left to tell the world about their wartime contribution.

But on Tuesday, 13 of the Code Talkers, some using canes, a few in wheelchairs, arrived in New York City to participate for the first time in the nation's largest Veterans Day parade.

The young Navajo Marines, using secret Navajo language-encrypted military terms, helped the United States prevail at Iwo Jima and other World War II Pacific battles, serving in every Marine assault in the South Pacific between 1942 and 1945. Military commanders said the code, transmitted verbally by radio, helped save countless American lives and bring a speedier end to the war in the Pacific theater.


I wish I could be there to meet them.  Anyone interested in American history will find their story well worth exploring...

Posted by Unknown at (permalink) 5:43 AM No comments: