What We're Up Against...

Muqtada al Sadr – the firebrand Shiite imam – has been waging a steady guerilla war against the legitimate elected government headed by Maliki, and the U.S.–led coalition aiding the Iraqi government. al Sadr is supported (with money, logistics, weapons, and ammunition) and controlled by Iranian intelligence.

The Sadr militia, like any armed force, has challenges with retention and recruiting. One of their most effective tools is an extremely successful series of pop songs. These were recently outlawed by Maliki, but are still easily available. Here's the lyrics for one of these songs, translated into English:

I am the IED

If an armored vehicle passes, I will blow it up

If I get thirsty, I will drink blood from a Hummer

If an armored vehicle passes, it is suicidal

I will become a volcano if a soldier passes

And if a Hummer passes, I will erase it

If the IED will be added to the [rocket-propelled grenade] launcher, the battle day will be stormy

I will plant my eyes for the country

I will tighten my belt in the difficult days

Nobody can dry the Hummer blood

If the Hummer steps on me, we will reach the stars

To American ears, these lyrics are so ridiculous that one's first reaction is that it's a put-on, a joke that someone is playing. But it is not – and if you read the words carefully, putting yourself in the context of a Sadr militia member who finds these lyrics inspiring, then you'll find them very chilling indeed. You can read more of these lyrics, and even view some music videos.

The first thing I thought of, when reading these lyrics, was some of the poems I've read that the Japanese Kamakazi pilots carried in World War II. They smack of the same sort of fanaticism, the (to Americans) alien notion that suicidal attacks in a war were not only acceptable, but desirable, honorable, and attractive.

Then I reflected, for the upteenth time, on the existential nature of the war on terror. Our enemy wants to kill us. They're not interested in negotiation, compromise, treaties, etc. They just want us dead.

But all too many Americans don't seem to understand that...

Posted by Unknown at (permalink) 2:11 PM No comments: 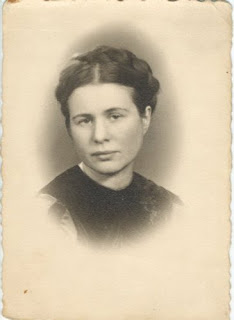 A heroine of mine died a few days ago: Irena Sendler of Warsaw, Poland. I never met her (though I certainly would like to have); I only know her through reading on the web. I first learned of her existence when she was nominated for the Nobel Peace Prize in 2007. Here's a short version of her story:

Before World War II, Irena was a social worker in Warsaw. During the Nazi occupation of Warsaw (1939 - 1943), she (a Christian) helped over 2,500 otherwise doomed Jewish children escape from the Warsaw ghetto. The Nazis punished such good deeds by death; her activities carried enormous personal risk. She kept the children's names and locations on lists in jars, hoping that after the war she could reunite them with their parents. Very few of the Jewish parents survived the war; most died at concentration camps like Treblinka. In 1943 Irena was arrested by the Gestapo, tortured (suffering awful injuries), and sentenced to be executed. The underground organization she belonged to bribed her guards and she escaped – and went right back to work rescuing more Jewish children. The photo above was taken just after that escape.

A few years ago, a group of American students discovered Irena's story (previously unknown in America) and were inspired to create a play. This play turned into a bigger project to take care of rescuers like Irena, and goes on yet today. I just discovered that they have a DVD out, which I have ordered.

In a 2005 interview, Irena had this to say about her heroism:

We who were rescuing children are not some kind of heroes. That term irritates me greatly. The opposite is true – I continue to have qualms of conscience that I did so little. I could have done more. This regret will follow me to my death.

Such humility is entirely characteristic of almost everyone I know in her generation. I doubt the children she rescued – most of whom are still alive – have any such regrets.

The world could use more like you, Irena. Rest in peace...

Irena didn't win the Nobel Peace Price – the committee decided that Al Gore was a more worthy (if less humble) recipient. That tells you all you need to know about the objectivity, political motivation, and political bias of that body of “worthies”. My contempt for them knows no bounds; this is just one of their many such idiotic selections.
Posted by Unknown at (permalink) 12:47 PM No comments:

On Thursday, President Bush spoke before the Knesset (Israel's major legislative body). His speech covered the history of Israel, and included this bit:

Some seem to believe that we should negotiate with the terrorists and radicals, as if some ingenious argument will persuade them they have been wrong all along. We have heard this foolish delusion before. As Nazi tanks crossed into Poland in 1939, an American senator declared: 'Lord, if I could only have talked to Hitler, all this might have been avoided.' We have an obligation to call this what it is – the false comfort of appeasement, which has been repeatedly discredited by history.

Almost immediately the Obama campaign denounced the speech, in bitter and emotional tones, as a below-the-belt attack on Obama. This denunciation was the first I heard about the speech, and (naturally) I was immediately intrigued – it seemed so un-Bush-like for him to personally attack Obama, especially on such a substantive point. A point, by the way, that I completely agree with – Obama does look, feel, and smell like an appeaser.

So with some eagerness I went online, found transcripts of Bush's speech, and read them. It's a good speech. I liked it. But it doesn't contain any personal attacks on Obama (to my disappointment).

"That's enough. That – that's a show of disrespect to me."

That was Barack Obama, a couple of weeks back, explaining why he was casting the Rev. Jeremiah Wright into outer darkness. It's one thing to wallow in "adolescent grandiosity" (as Scott Johnson of the Powerline Web site called it) when it's a family dispute between you and your pastor of 20 years. It's quite another to do so when it's the 60th anniversary celebrations of one of America's closest allies.

President Bush was in Israel the other day and gave a speech to the Knesset. Its perspective was summed up by his closing anecdote – a departing British officer in May 1948 handing the iron bar to the Zion Gate to a trembling rabbi and telling him it was the first time in 18 centuries that a key to the gates of the Jerusalem was in the hands of a Jew. In other words, it was a big-picture speech, referencing the Holocaust, the pogroms, Masada – and the challenges that lie ahead. Sen. Obama was not mentioned in the text. No Democrat was mentioned, save for President Truman, in the context of his recognition of the new state of Israel when it was a mere 11 minutes old.

Nonetheless, Barack Obama decided that the president's speech was really about him, and he didn't care for it. He didn't put it quite as bluntly as he did with the Rev. Wright, but the message was the same: "That's enough. That's a show of disrespect to me." And, taking their cue from the soon-to-be nominee's weirdly petty narcissism, Nancy Pelosi, John Kerry, Joe Biden and Co. piled on to deplore Bush's outrageous, unacceptable, unpresidential, outrageously unacceptable and unacceptably unpresidential behavior.

Honestly. What a bunch of self-absorbed ninnies. Here's what the president said:

[same clip of Bush's speech as above]

It says something for Democrat touchiness that the minute a guy makes a generalized observation about folks who appease terrorists and dictators the Dems assume: Hey, they're talking about me. Actually, he wasn't – or, to be more precise, he wasn't talking only about you.

Thursday and Friday, the media was full of stories about various Democrats and their red-faced anger about Bush's awful personal attacks. It's easy to see why Democratic political operatives, devoid of any semblance of honesty and shame, would run with this “story” for as long as they could (and Republican political operatives are just as likely to do this). And this is, of course, the sort of thing that our left-leaning media would joyously hype. But what do actual Americans think about such things?

Yesterday I had a chance to talk with several friends and co-workers about this incident, without having to interrogate them on the subject. Mostly I was just curious how they reacted. The five people I spoke with who were aware of the kerfuffle were nearly uniform in their reaction: all five believed Bush had made an indecent personal attack, all five were offended by it, all five thought Obama had every right to be angry about it, all five had not read or heard Bush's speech, and only one voiced any skepticism about the factual underpinning of the story (and even that was only about the tone of Bush's attack).

So, on the basis of my unscientifically small sample, it looks to me like the Democrats have succeeded spectacularly well in manufacturing a piece of anti-Republican propoganda. Their story has, for most Americans, become reality – like a well-executed deception operation in warfare.

Americans who are paying attention to the political discourse have no problem getting information about this issue – the political blogs and web sites are full of outrage about the Democrats deception. Unfortunately, this is a very small percentage of Americans – 5% of eligible-to-vote adults at best, and probably much less. One easily identifiable culprit is our media – a more balanced (politically) media would have had at least half of them all over this story, condemning the Democrats for their fabrication. If we had such a balanced media, those Americans listening to the news would have heard both sides of it. Yet another culprit is the appalling immorality of our political operatives – but I don't think there's much new under the sun on that score, nor does it seem likely we can do much about it. Finally, there's the big culprit: the masses of apathetic, ignorant Americans – the ones who have no idea what's happening in the real world (as opposed to the Britney Spears world), or who listen to the breathless news stories and just assume those stories are accurate and complete.

What scares me is the thought that the voters who will elect our next Congress and President (not to mention all the state and local contests) will be mostly of the ilk of those five people I spoke with. They are the “likely voters” the pollsters and political analysts love to talk about. Their picture of the world is spotty, and comprised mainly of what they've seen or heard from our left-leaning media.

Posted by Unknown at (permalink) 6:04 AM No comments: