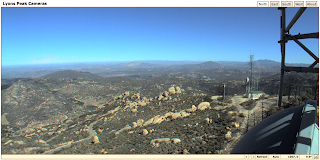 I've got a new viewer page up for the HPWREN cameras on Lyons Peak (permanant link on the sidebar at right).

This page makes it easy and convenient for anyone to view the cameras, and includes the ability to zoom and move around the image.  On the north and east facing cameras there's even the ability to identify the features you point to on the picture (I haven't finished them for the other two cameras yet).

Enjoy!
Posted by Unknown at (permalink) 10:32 AM No comments:

Glenn Reynolds (aka The Instapundit) succinctly expresses one of my feelings about the Obama administration:


Meanwhile, with this gang in charge who would be surprised to find that under ObamaCare your chances of a liver transplant really will depend on your politics? Not me.

And isn't that scary?
Posted by Unknown at (permalink) 10:16 AM No comments: 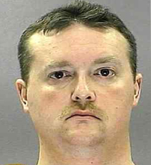 The fellow at right is Robert Melia, Jr., a former Moorestown, New Jersey police officer.  He has an interesting hobby:


MOUNT HOLLY, NJ -- A former police officer accused of having a moonlight tryst with a group of cows will not be facing animal cruelty charges after all.

As it turns out bestiality is not a crime in New Jersey.

During the investigation, police say they found a video in the man's home that showed him sexually molesting cows.


But that didn't have any consequences, being that it happened in New Jersey (aka “The home of contented cows...”).  His assault of three young girls (with his girlfriend?!?) will hopefully have more.

And now everyone knows that if oral sex with cows is your thing, then New Jersey is the place to be...
Posted by Unknown at (permalink) 10:11 AM No comments:


When France chides you for appeasement, you know you're scraping bottom.