Oh, It's An Acronym! 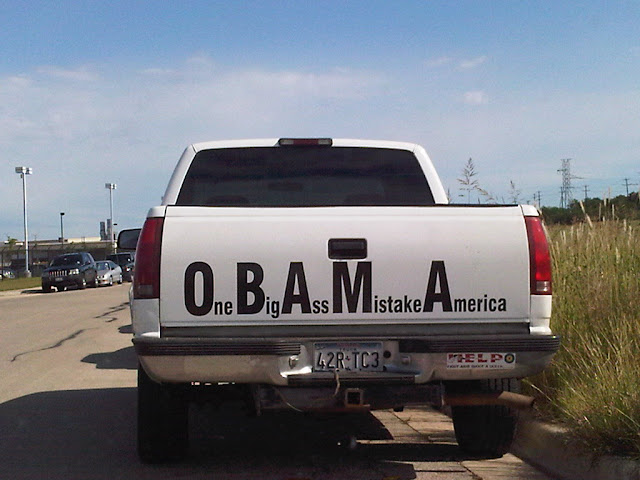 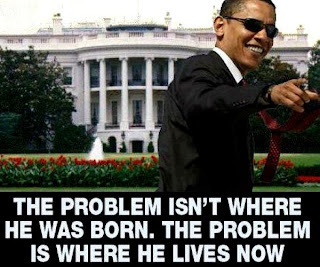 Separating egg yolks and whites is a pain in the butt.  But check out this ridiculously easy way to do it!  Via my mom:

Posted by Unknown at (permalink) 7:46 AM No comments: 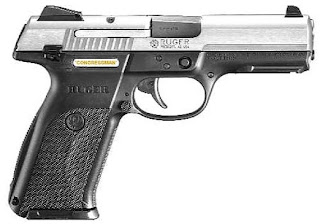 It's called the “Congressman”.

It doesn't work and you can't fire it.

Three Blondes Apply to be Detectives...


Three blondes were all applying for the last available position on the Texas Highway Patrol.

The detective conducting the interview looked at the three of them and said, "So y'all want to be cops, huh?"

The blondes all nodded.

The detective got up, opened a file drawer, and pulled out a folder. Sitting back down, he opened it, pulled out a picture, and said, "To be a detective, you have to be able to detect. You must be able to notice things such as distinguishing features and oddities like scars and so forth."

So saying, he stuck the photo in the face of the first blonde and withdrew it after about two seconds. "Now," he said, "did you notice any distinguishing features about this man?"

The blonde immediately said, "Yes, I did. He has only one eye!"

The detective shook his head and said, "Of course he has only one eye in this picture!  It's a profile of his face! You're dismissed!"

The first blonde hung her head and walked out of the office.

The detective then turned to the second blonde, stuck the photo in her face for two seconds, pulled it back, and said, "What about you? Notice anything unusual or Outstanding about this man?"

The detective put his head in his hands and exclaimed, "Didn't you hear what I just told the other lady? This is a profile of the man's face! Of course you can only see one ear! You're excused too!"

The second blonde sheepishly walked out of the office.

The detective turned his attention to the third and last blonde and said, "This is probably a waste of time, but..." He flashed the photo in her face for a couple of seconds and withdrew it, saying, "All right, did you notice anything distinguishing or Unusual about this man?"

The blonde said, "I sure did. This man wears contact lenses."

The detective frowned, took another look at the picture, and began looking at some of the papers in the folder. He looked up at the blonde with a puzzled expression and said, "You're absolutely right! His bio says he wears contacts! How in the world could you tell that by looking at his picture?"

The blonde rolled her eyes and said, "Well, Hellooooooooooooo! With only one eye and one ear, he certainly can't wear glasses."

Posted by Unknown at (permalink) 7:40 AM No comments:


A couple were celebrating 50 years together. Their three kids, all very successful, agreed to a Sunday dinner in their honor.

"Happy Anniversary Mom and Dad," gushed son number one , now renowned orthopedist, "Sorry I'm running late. I had an emergency at the hospital with a patient, you know how it is, and I didn't have time to get you a gift.""Not to worry," said the father. "The important thing is that we're all together today."

Son number two, trial lawyer, arrived and announced, "You and Mom look great, Dad. I just flew in from Los Angeles between depositions and didn't have time to shop for you.""It's nothing," said the father. "We're glad you were able to come."

Just then the daughter, a Wall Streeter, arrived. "Hello and Happy Anniversary! I'm sorry, but my boss is sending me out of town and I was really busy packing so I didn't have time to get you anything."

After they had finished dessert, the father said, "There's something your mother and I have wanted to tell you for a long time. You see, we were very poor. Despite this, we were able to send each of you to college."
Throughout the years your mother and I knew that we loved each other very much, but we just never found the time to get married."

The three children gasped and all said, "You mean we're bastards?"

Posted by Unknown at (permalink) 7:36 AM No comments:

Your awesome for the day!

Meanwhile, back on Mars the Curiosity rover has gone to work.  ChemCam is already returning great science results, starting while the rover was still parked right where the sky crane sat it down.  But now Curiosity has started driving – and the word is that the “mobility system” is functioning perfectly.  In fact, the only problem reported so far is that one (of two) wind speed sensors isn't working, possibly because it's got pebbles on it.  That's a relatively minor issue that shouldn't affect science data gathering at all...
Posted by Unknown at (permalink) 7:27 AM No comments:

Oh, it's going to be such an interesting election season!

Posted by Unknown at (permalink) 7:08 AM No comments:

Recently I consulted with a tax professional about the consequences of changing the state I reside in.  Most likely we will be moving to Idaho when I retire, but we have to build a home there so the residency situation was murky to me.  We'll probably have a home in California for a while, but at the same time have a rented home in Idaho while we're building our “real” home.  For tax purposes, I wondered, which state do I reside in?  Idaho taxes are lower, so it would be better for me to be an Idaho resident.

The tax professional told me something about the stock obtained through exercising my Incentive Stock Options (ISOs) that surprised me: California would claim the proceeds as taxable income no matter what state I lived in, no matter when I sold them.  Furthermore, the state I moved to (she didn't know for sure about Idaho) might also claim the proceeds as taxable income.  I could be taxed on the same income by two different states!  WTF?

Here's the explanation, but the really interesting part is what that explanation implies.  California claims the right to tax the proceeds of stock obtained through ISOs based on when those ISOs vested.  For me, and for virtually everybody else with ISOs, that means the first “n” years of their employment (four years, for me).  In those years I was clearly a California resident, ergo, California claims those proceeds as taxable income.  California is the only state to make this claim, and they only started doing this in the past few years.  All other states claim the proceeds as taxable income based on what state you reside in when the stock was sold.  So someone like me could be taxed by California (because my ISOs vested while I lived here) and again by Idaho (if I lived there when I sold the stock) – for the same income.

Think about what California's behavior implies.  They would only be pursuing such a path if the situation were a common one.  California's high tax rates make moving out-of-state attractive to people who suddenly make a lot of money through ISOs – so California comes up with a way to ensure they collect those taxes anyway!  When this becomes broadly known (it doesn't seem to be as yet), you can bet your sweet bippie that startups are going to think twice about establishing themselves in California – because for a startup, it's all about those ISOs.

What a frickin' stupid government California has!
Posted by Unknown at (permalink) 7:06 AM No comments:

The differences between working introverts and extroverts is popping up much more frequently in the news, as in this article from Forbes.  I'm not sure exactly why this is, though I have a suspicion: the past few years has seen a distinct trend toward work environments that are very friendly to extroverts, and actually hostile for introverts.  Being a fairly extreme introvert myself, I live this every day at the office.  This paragraph from the article resonated with me:


Make the office space and work day right for everyone – Allow for a mix of introverted and extroverted spaces when shaping an office space. It is important to have areas where employees can interact and communicate. It is equally important however to have space where employees can be alone and work undisturbed. Current offices have moved towards a more open area concept where all employees work in sight of each other and are able to communicate freely, always. To many this might seem like the ideal work environment especially when compared to the stereotypical cubicle farm that characterized previous office designs. For more introverted workers this type of environment can represent serious problems. Introverts tend to recharge their batteries alone, while extroverts tend to gain energy from participating in group situations. Firms need to make sure that they are allowing for both sides of the spectrum and everything in between to get the opportunity to recharge. Creating open office spaces does not allow for areas for introverts to work alone and really center themselves for the day. Work days are now so often characterized by group collaboration and meeting that some employees can often feel overwhelmed with all the interaction. There have also been studies conducted that suggest that these types of open office space can actually prove distracting to many employees and lead to lower productivity. In the end it is important that office space and work schedules offer time for both interaction as well as solitude.

My company's office environment, from my perspective, might have been designed to zero out my productivity.  I do nearly all creative work on the days when I work from home, or in the first couple of hours I'm at the office (before anyone else gets there).  What's the environment?  Well, my cubicle is in a partitioned-off area which seats 8 people.  One of these people sits right next to me.  I can hear all eight of them when they talk (which, of course, is often!).  To my left is a corridor down which many people walk every day; it's openly visible to me.  And of course anyone who walks in or out of our little areas (inhabitants or visitors) is visible to me.  Each of these things is a distraction that is impossible for me to ignore (this comes along with being introverted).  I can help with the voices by wearing headphones and listening to music – but I get interrupted so frequently that by 10 or 11 am this is no longer practicable.  Some people (the extroverts!) absolutely thrive in this environment; I can observe them myself and see the truth of that.  But for me, it's a productivity killer...
Posted by Unknown at (permalink) 6:49 AM No comments: