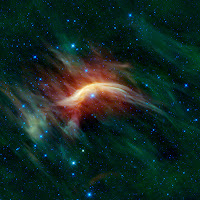 From APOD, of course.
Posted by Unknown at (permalink) 4:40 AM No comments:

Today is the 100th anniversary of Ronald Reagan's birth.

Peggy Noonan (who worked for Reagan) has a beautiful piece in the WSJ today.  A teaser paragraph:


His most underestimated political achievement? In the spring of 1981 the Professional Air Traffic Controllers Organization called an illegal strike. It was early in Reagan's presidency. He'd been a union president. He didn't want to come across as an antiunion Republican. And Patco had been one of the few unions to support him in 1980. But the strike was illegal. He would not accept it. He gave them a grace period, two days, to come back. If they didn't, they'd be fired. They didn't believe him. Most didn't come back. So he fired them. It broke the union. Federal workers got the system back up. The Soviet Union, and others, were watching. They thought: This guy means business. It had deeply positive implications for U.S. foreign policy. But here's the thing: Reagan didn't know that would happen, didn't know the bounty he'd reap. He was just trying to do what was right.

He just wanted to do what was right.

Now This Just Pisses Me Off!

The gist of the story:

As one of my favorite bloggers used to say, before he was hounded off the Internet:


Rope.
Tree.
Bureaucrats and their minions.
Some assembly required.

Posted by Unknown at (permalink) 4:33 AM No comments:

As seen by the La Silla Observatory, in Chile.  Ole!
Posted by Unknown at (permalink) 4:25 AM No comments: 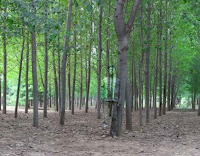 Via Frankie T.  I've seen some of these photos before, but never with any explanation.  The lead from the article accompanying the photos:


You might say that Liu Bolin likes to blend in.

But the Chinese artist does more than just wear camouflage pants and stand next to a bush. With the help of some assistants, Bolin paints himself, head to toe and unassumingly just stands there--in grocery stores, next to piles of coal, on staircases, you name it. And, unless you look really closely, you'll miss him entirely--which is pretty much the point.

My first thought on seeing these: it gives you a good idea what Harry Potter's cloak might do if such a thing could actually be made...
Posted by Unknown at (permalink) 4:21 AM No comments: