Libtards, by Dixon Diaz.  I've just been introduced to this by my lovely bride.  Here's the motto, from his Facebook page:


We expose and mock the hypocrisy of the Left with op-ed pieces, cartoons and memes.

What more could I possibly ask?  Here's a sample: 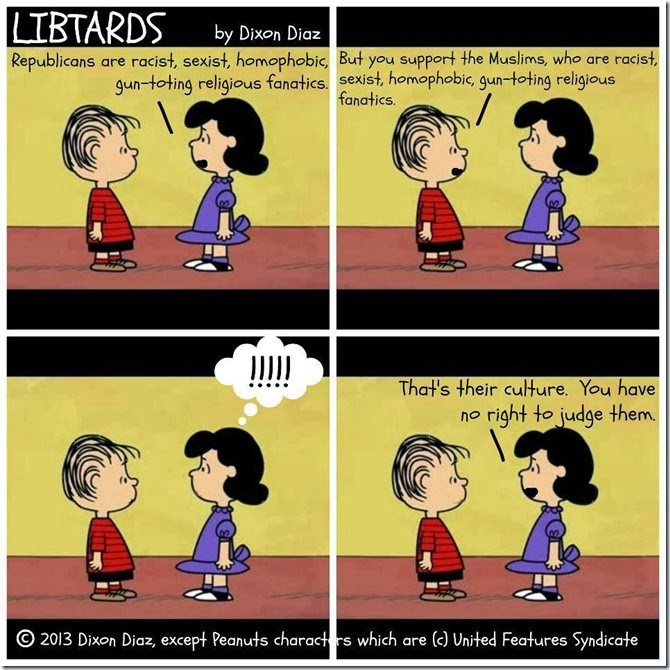 The American Medical Association (AMA) weighs in on ObamaCare...

The American Medical Association (AMA) weighs in on ObamaCare.  Via my mom:


The American Medical Association has weighed in on Obama's new health care package. The Allergists were in favor of scratching it, but the Dermatologists advised not to make any rash moves. The Gastroenterologists had sort of a gut feeling about it, but the Neurologists thought the Administration had a lot of nerve. Meanwhile, Obstetricians felt certain everyone was laboring under a misconception, while the Ophthalmologists considered the idea shortsighted.

Pathologists yelled, "Over my dead body!" while the Pediatricians said, "Oh, grow up!" The Psychiatrists thought the whole idea was madness, while the Radiologists could see right through it. Surgeons decided to wash their hands of the whole thing and the Internists claimed it would indeed be a bitter pill to swallow.

The Plastic Surgeons opined that this proposal would "put a whole new face on the matter". The Podiatrists thought it was a step forward, but the Urologists were pissed off at the whole idea. Anesthesiologists thought the whole idea was a gas, and those lofty Cardiologists didn't have the heart to say no.

In the end, the Proctologists won out, leaving the entire decision up to the assholes in Washington.

I don't know...it looks to me much more like the psychologists have it right...
Posted by Unknown at (permalink) 7:34 AM No comments:

Another way to pick our pockets.

Another way to pick our pockets.  This time, proposed by the IMF...
Posted by Unknown at (permalink) 4:23 AM 1 comment: 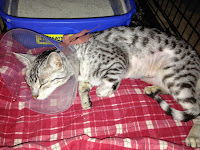 Jahar is doing fine.  We had a bit of a scare yesterday afternoon, when he managed somehow to pull out 3 or 4 cm (an inch and a half or so) of his suture.  The incision looked fine, but all that suture hanging out didn't.  We ran him down to the animal ER in Kearney Mesa, where we discovered that he hadn't actually pulled any suture out – he had just managed to unravel the loose end.  The vet there tucked it all back in and we brought him back home. 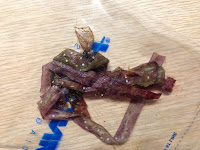 He doesn't much like the “cone of shame” – none of the animals do when they have to wear it.  Without it, though, he'd be worrying away at the incision, and there's no way we could stop him.  He's managed to get it off twice, so we have to keep a close eye on him to make sure it's still on.  Last night Debbie slept down on the floor to keep an eye on him.  She dozed off for a few minutes, and when she woke the little so-and-so had pulled it off!

Here's our souvenir from the surgery – about 20 cm of narrow ribbon.  We have lots of ribbon around the house, but it's all put away now.  We have no idea why on this day (as opposed to the past two and a half years) Jahar decided to eat this particular ribbon.  We've had cats in the house for over 30 years, and had never had anything like this happen before.  There may have been something about this particular ribbon (maybe an odor in the coloring?) that attracted him, or maybe it was just plain chance.  I don't think there's any way we're going to figure that out...

Update: there's something weird going on with the two photos on this post, and I haven't figured out what it is.  They both show up briefly when I reload the page (in any browser), but disappear a few seconds after the page is completely loaded...
Posted by Unknown at (permalink) 4:18 AM No comments: