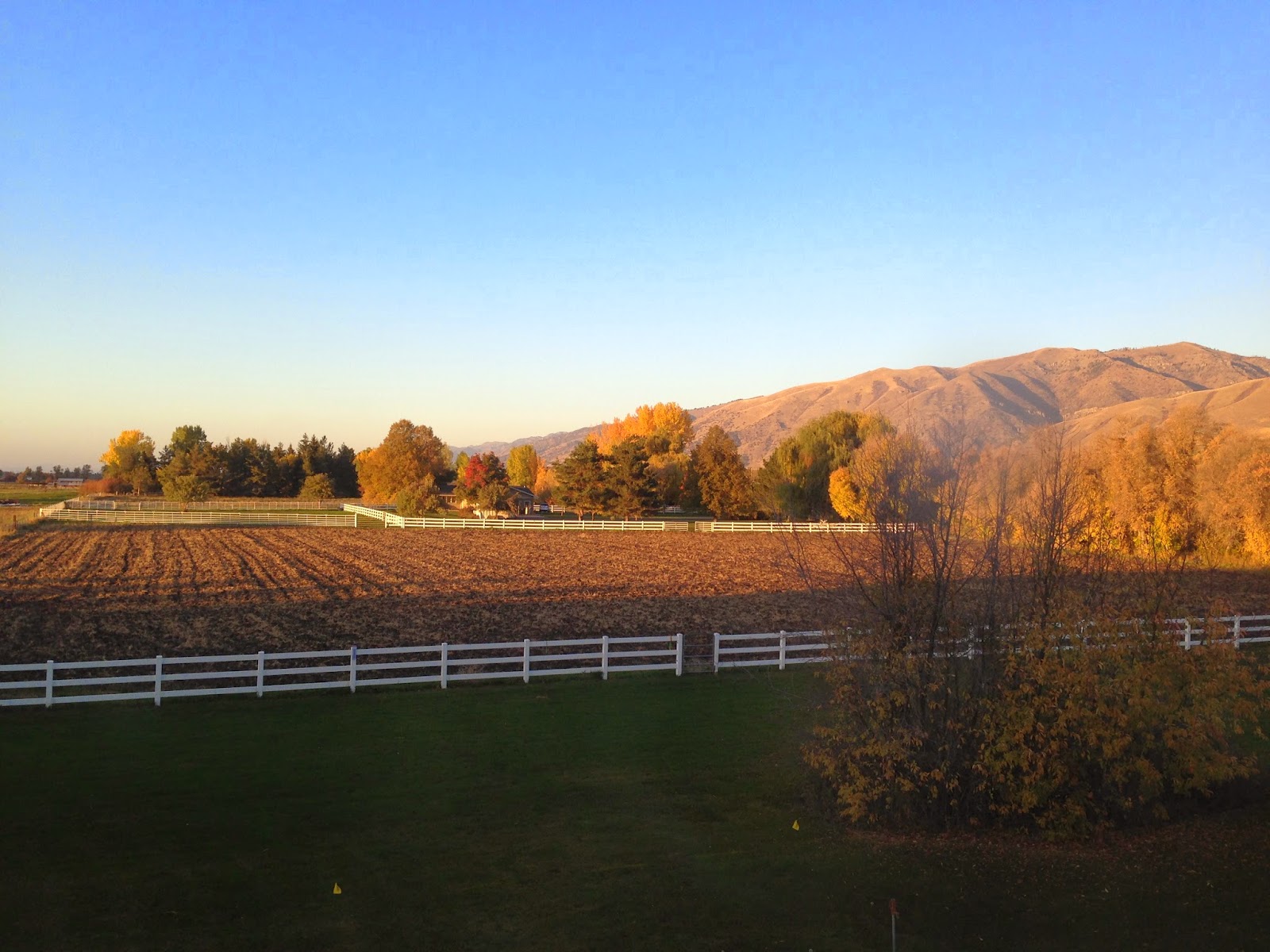 Posted by Unknown at (permalink) 5:42 PM No comments: 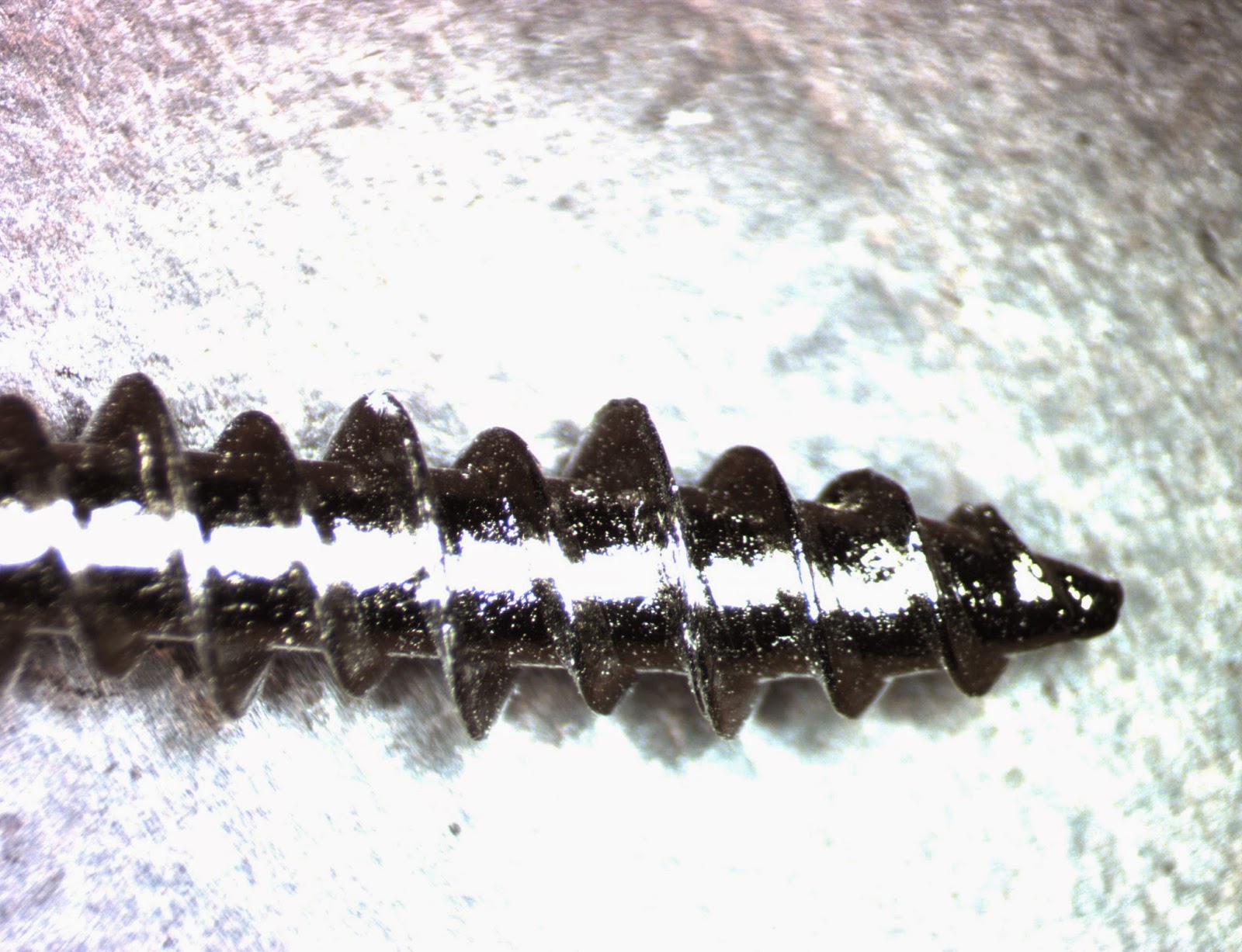 Screw...  This is a high quality wood screw, nickel-plated high tensile strength steel, at about 20x.  These are what Nest supplies with its “Protect” fire/smoke/carbon monoxide alarms.  Note the asymmetrical raised threads: one of them is higher and sharper than the other.   Those were new to me, but I discovered they're called “high-low” threads, and provide several desirable characteristics for this sort of use.  In particular, they're easier to screw in (I can attest to that) and harder to pull out – nice combination!
Posted by Unknown at (permalink) 5:40 PM No comments: 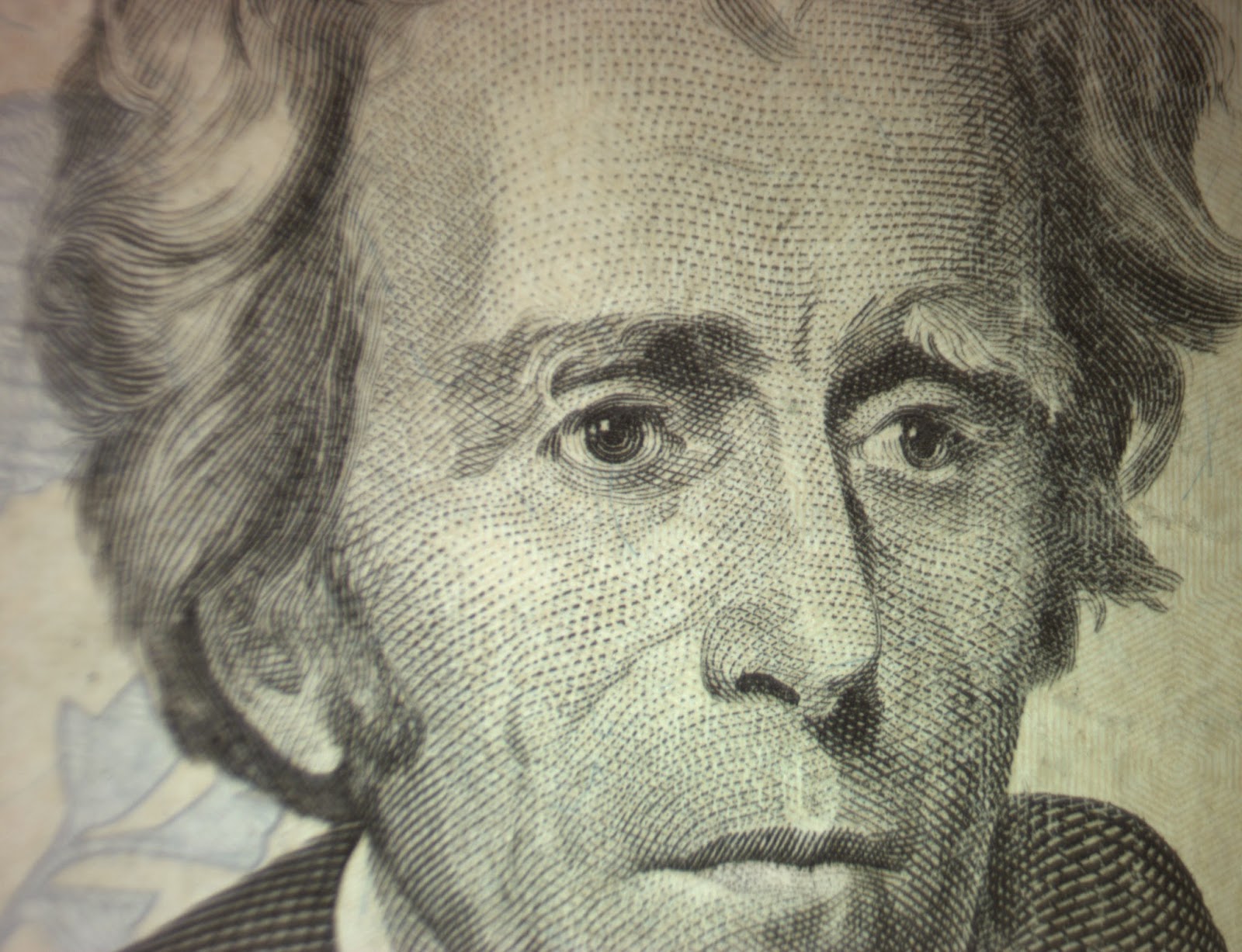 Andrew Jackson...  Detail from the face of a $20 bill, at 10x.  The level of fine detail in the printing on U.S. paper currency is really quite remarkable...
Posted by Unknown at (permalink) 5:08 PM No comments:

I'm with Mark Twain on this one...

I'm with Mark Twain on this one... 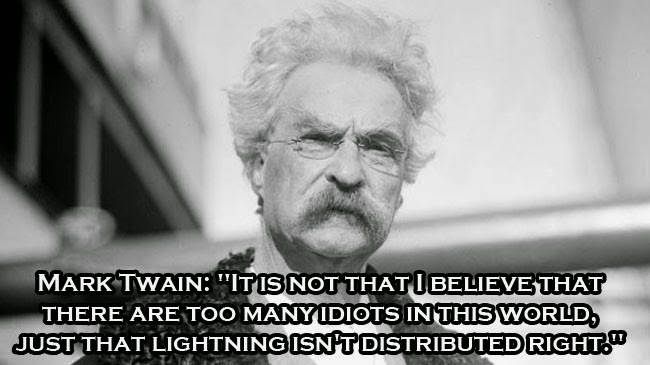 Posted by Unknown at (permalink) 4:55 PM No comments:

More on the notion of fighting Ebola by flight bans...

More on the notion of fighting Ebola by flight bans...  I wrote about this, briefly, a few days ago.  Nate Silver (a statistician by trade) makes essentially the same points I did, but in much greater detail.

A reader asked me (by email) why not simply change the criteria?  Instead of banning flights from (say) Liberia, ban people from Liberia, as identified by their passports or visas.

That won't work, either, for very similar reasons.  It would only work for Liberian citizens trying to travel to the U.S.  It wouldn't work for naturalized Americans of Liberian descent (like, I believe, Thomas Duncan), as they'd have American passports.  It wouldn't work for American tourists, students, or Peace Corps workers leaving the area.  It wouldn't work for tourists from Europe who later travel to the U.S.  I'd like to have concrete data on the percentage of people on airplanes arriving in London from Liberia who are Liberian citizens, but I don't.  However, I do have some relevant experience: I have spent many, many hours in London's Heathrow airport and Frankfurt's airport, both of which are major hubs for airlines serving West Africa.  I have watched hundreds of aircraft from Africa disembarking.  I am certain that only a small percentage of those disembarking passengers were citizens of the departure country.  How?  It's very simple: they were overwhelmingly not black.  They were Caucasian, Chinese, Japanese, Indian, or ... some other race, not black.  A ban on people from Liberia would surely stop on a small percentage of potentially infected people from entering the U.S.

Underlying this notion of flight bans is the notion of a quarantine writ large.  If we want to quarantine West Africa, the place to do it is in West Africa, not in U.S. airports.  That would actually make sense, from the perspective of trying to control the epidemic.  So far as I know, there is no precedent for quarantining an entire country.  Liberia is a small country; its borders are only about 1,000 miles long.  I'm sure a concerted, coordinated international effort to quarantine the country could be accomplished.  Will it be?  Not likely, unless things get much worse...
Posted by Unknown at (permalink) 1:49 PM No comments: 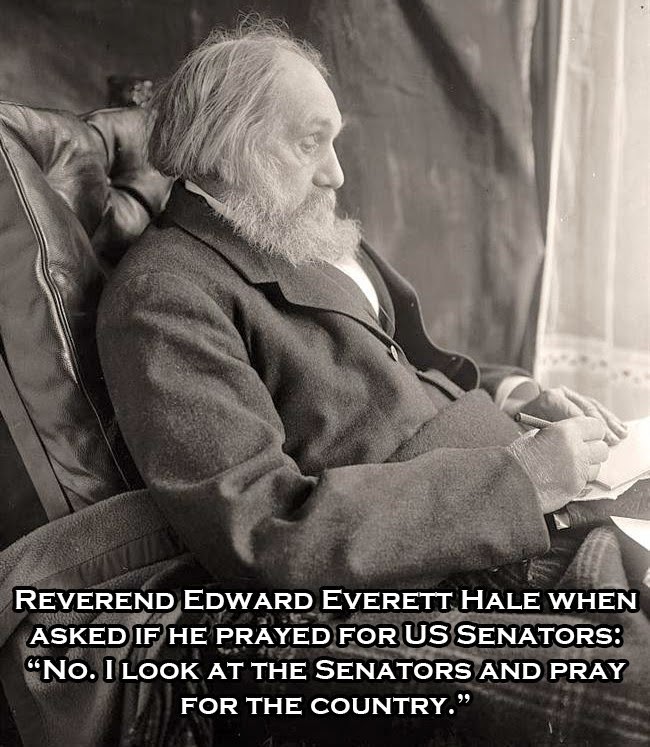 Posted by Unknown at (permalink) 8:52 AM No comments: 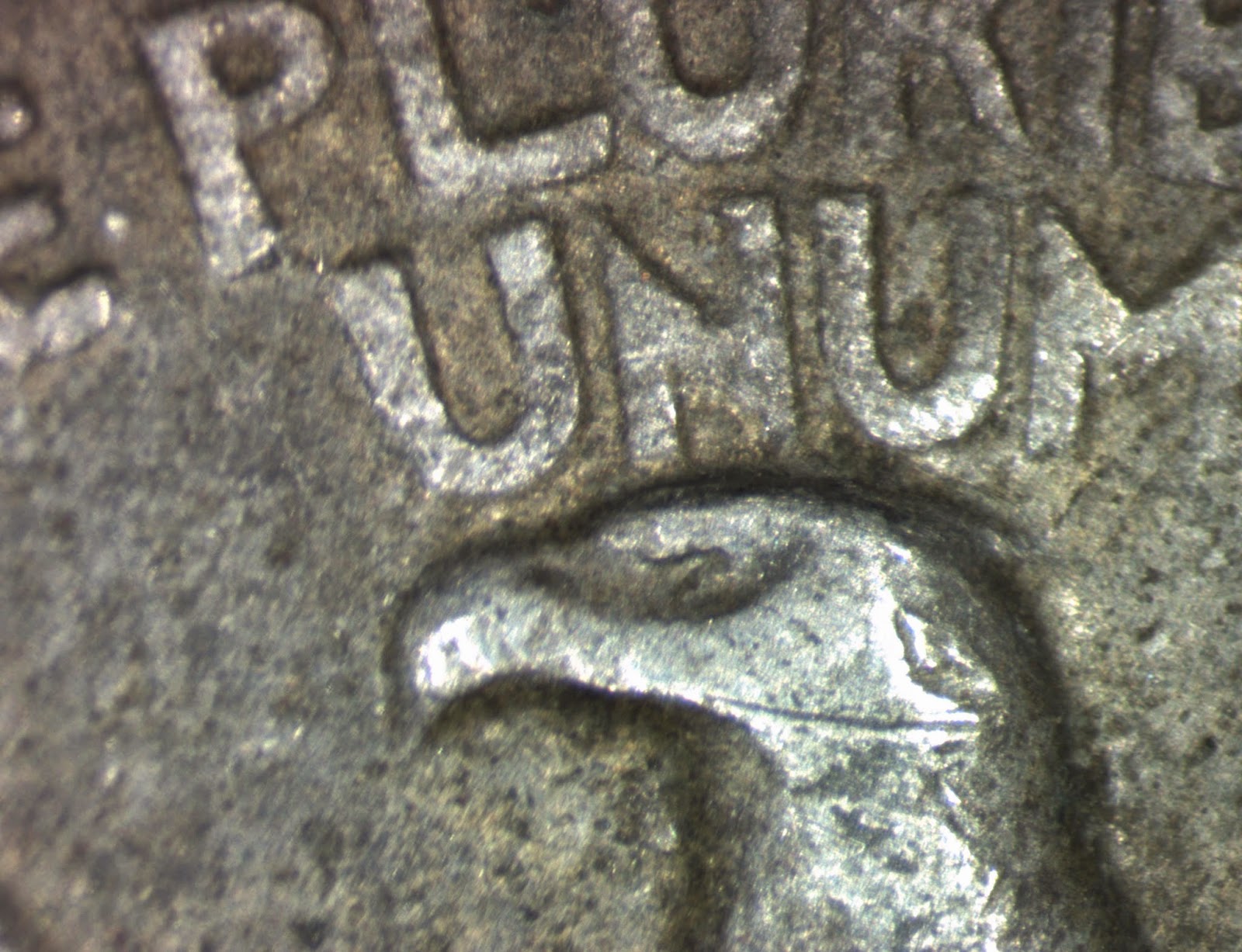 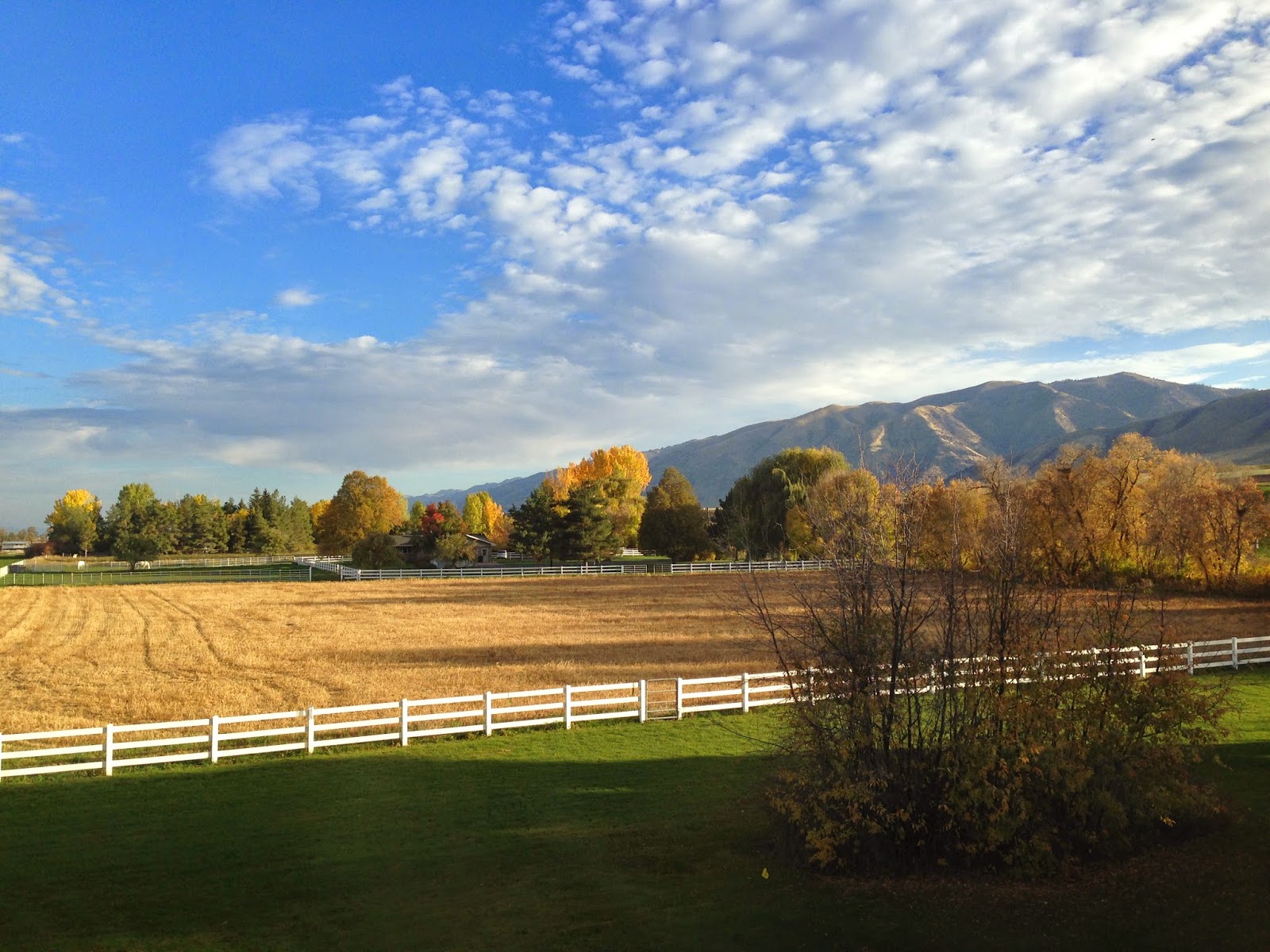 A way to separate the parties...

A way to separate the parties...  As I've noted here quite a few times before, there generally isn't much daylight between the actual work product of Democratic or Republican candidates.  There's more, though still not all that much, between their articulated positions.  I stumbled across something today, though, that shows a much clearer difference: a chart showing what percentage of political ads on various networks are place by Republicans (red), Democrats (blue), or others (green).  The chart is fascinating:

There's a good fraction of those networks that I've never heard of before, which I'm sure exactly nobody finds surprising.  Just looking at the ones I knew (or could figure out from the name), it looks like the ad buy strategies of the two parties could boil down to this:

Democrats: buy ads on networks whose audience is dominated by women and young people

There's another way you could look at this, too:

Democrats: buy ads on networks with content that is mindless and entertainment-based

Republicans: buy ads on networks with content that engages the brain at least a little bit, or involves golf (a sport that I find very puzzling, as in I can't figure out why anyone would do it)

And there's yet a third way to look at it: the fact that either party is seeking voters on any of these venues smells an awful lot like ... doom...


Posted by Unknown at (permalink) 7:27 AM No comments: Such a lovely thing...

Such a lovely thing...  It's Theraphosa blondi, a spider with a legs spanning over a foot across, and a body the size of a small puppy.  Read all about it here, including the bit about “a cloud of urticating hair”...
Posted by Unknown at (permalink) 7:04 AM No comments:

Melotte 15...  Star clusters and dust clouds and gasses, oh my!  This spectacular image was made by combining images of both visible and non-visible wavelengths, in false color.  Via APOD, of course...
Posted by Unknown at (permalink) 6:54 AM No comments:

You should all be envious...

You should all be envious ... because I just had a completely unrestrained Angie's breakfast.  What did I have?  Chicken-fried steak, eggs over easy, and a “scone” with honey butter.  It was brains-fell-out-on-the-table good, and the folks there were as friendly as always.  Now my biggest challenge is to avoid descending into a steak/egg/scone coma...
Posted by Unknown at (permalink) 6:49 AM No comments: