A young friend of ours...

A young friend of ours ... just got back from a trip with his wife that included a swing through Croatia (specifically, Zagreb and Zadar).  As we talked about it, I discovered that he had no idea that there had been a recent war in the area, and that not far from the cities he visited, NATO (primarily American) forces bombed Serb forces.  He and his wife found the people there friendly and welcoming, which I was very glad to hear.

But it got me to pondering...

I wonder if my perception is accurate – that on average, younger Americans today have much less historical context than I did at their age.  It surely seems that way to me, but I have little way to gauge that.  My friend's joking excuse is that he wasn't really sentient at the time, which is really a way of saying that he never saw it on the news, so for him it didn't actually happen.  That is so different than my own historical context, which was acquired nearly entirely by reading.

Makes me wonder if it's just that I'm weird (something that I'm well aware of :), or has something in our culture changed – to make it even harder for us to learn from history.  After all, if you never even heard about events like the Bosnian War, how can you learn from them?

And then inevitably my pondering leads down a path that leads to me despairing about low information American voters...
Posted by Unknown at (permalink) 5:09 PM No comments:

I'm so glad we escaped California...

I'm so glad we escaped California ... before this blew up!  I have to admit, though, that part of me is very curious what magic the progressives will attempt to invoke to make this problem go away ... and I'm a bit afraid that they'll succeed in making it a national problem, thereby opening up the opportunity to pick my pocket to help pay for their fecklessness...
Posted by Unknown at (permalink) 7:39 AM No comments:

A formula for instant tears...

A formula for instant tears...  For me, at least.  Chris Muir's dad died yesterday, and he posted this strip: 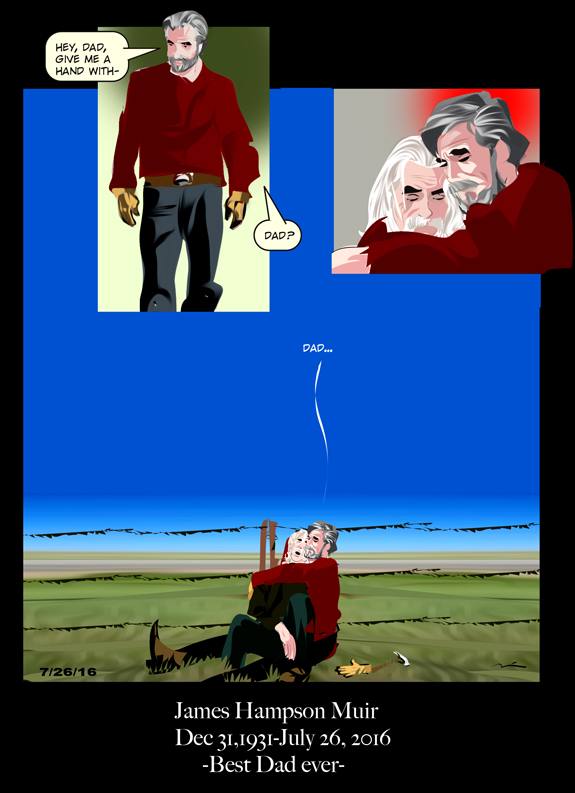