Too Much Truth to This... 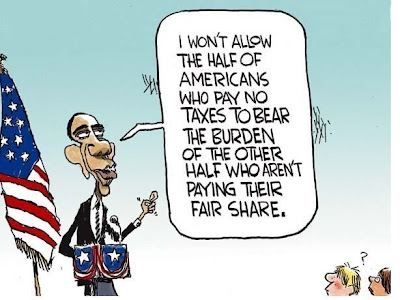 Our friend Vera S. passed this along:

1. No Tenure / No Pension.
A Congressman collects a salary while in office and receives no pay when they are out of office.

3. Congress can purchase their own retirement plan, just as all Americans do.

4. Congress will no longer vote themselves a pay raise. Congressional pay will rise by the lower of CPI or 3%.

6. Congress must equally abide by all laws they impose on the American people.

7. All contracts with past and present Congressmen are void effective 1/1/12. The American people did not make this contract with Congressmen. Congressmen made all these contracts for themselves. Serving in Congress is an honor, not a career. The Founding Fathers envisioned citizen legislators, so ours should serve their term(s), then go home and back to work.

This is one of many variations of Constitutional Amendments running around, all the result of the current anger the public (including me!) feels toward their Senators and Representatives.  Some elements of this proposal I'd happily support; others (like 6) are more problematic – there are good reasons why the founding fathers decided that Congressmen needed protection from some law enforcement.

I think that such attempts to mandate the behavior of Congresscritters are largely missing the point.  Basically these are an attempt to get back to the “citizen government” that we like to believe is what our founding fathers intended.  But the truth is that we've drifted toward our current situation because of the Congresscritters we've elected, not because of the lack of any laws to control them.  The solution is actually simple, and does not require a Constitutional Amendment: we just have to elect the right people.  The Tea Party's successes in the debt-ceiling debate demonstrate quite graphically the power of the vote.  It's remarkable what they've achieved, despite being a tiny minority.

Imagine what they could achieve if they had the majority!
Posted by Unknown at (permalink) 5:53 AM No comments:

My mom sent me an email containing a column by Charlie Reese, along with a poem and a list of taxes.  While the column was indeed written by Reese, it wasn't something published recently (as the email implied) – it was published in 1995 (and actually written 10 years before that!).  The rest of the email was a mashup someone decided to do.

The Reese column is a famous one, and worth reading if you've never seen it.  What I find most interesting about it is that its observations (like those of Mark Twain or H. L. Mencken) are just as pertinent today as when they were written.  Here's the conclusion of Reese's famous column:


We have annual deficits and a huge federal debt because that's what majorities in Congress and presidents in the White House wanted. We have troops in various Third World rat holes because Congress and the president want them there.

Don't be conned. Don't let them escape responsibility. We simply have to sort through 260 million people until we find 545 who will act responsibly.

Go read the whole thing.
Posted by Unknown at (permalink) 5:41 AM No comments:

The music isn't quite to my taste, but the lyrics are: