Barn: sawing concrete...  Compared with the hectic events of yesterday, today was a very quiet day.  Well, except for the gas-powered concrete saw running for hours at a volume that makes a jet engine seem almost silent.  Before the sawing started, the builders rolled on a second coat of curing sealer.  After waiting a while for that to dry, they broke out the concrete saw.

The point of sawing 2" deep cracks in the concrete is to encourage the inevitable shrinkage cracks to occur in an aesthetically pleasing straight line.  This doesn't always work, but it usually does.  The cracks are harmless, but some people apparently think a jagged crack that wanders randomly across the surface is less attractive than a straight crack.  Go figure.

You can see the little beast of a saw in the photos below, but there's no way for me to share the earth-shaking (literally!) acoustic volume of this thing with you.  The little engine isn't the source of the noise – you can barely hear the engine.  What you do hear, though, is the diamond saw blade cutting through concrete at an incredible pace.  It sounds something like 100 billion pieces of chalk simultaneously drawn across 100 billion chalkboards, only louder.  That would be the diamond chips scraping across the gravel and sand in the concrete.  Through a mechanism I don't understand, the saw also sets up a low-frequency (roughly 5 to 10 Hz) vibration in the concrete.  When you're standing on the concrete with the saw running, it feels like the earth is shaking – and not in a gentle fashion, either.

Toward the end of the day, Ray was running the saw by himself.  That's a bit tricky, as you need to keep the saw running straight while dribbling water on the blade (water both lubricates and cools the blade).  This particular saw had some quirks that made it even trickier: one wheel was “sticky”, and the engine had a propensity for randomly struggling to handle the load.  Sometimes it even stopped.  So I took mercy on Ray and gave him a hand with the part I was competent to do: dribble water on the blade.  They wore out four diamond-coated saw blades doing this work, and there's still a bit more to go.  Ray will return early Monday with a pile o' blades, plus he's planning to tear down and rebuild the carburetor on the saw (he's pretty sure that's why the engine was struggling today).  If that all works, it shouldn't take more than a couple hours on Monday to finish the work.

The frame materials are on order and should be here by Tuesday or Wednesday of next week.  At that point the sides start going up.  Woo hoo! 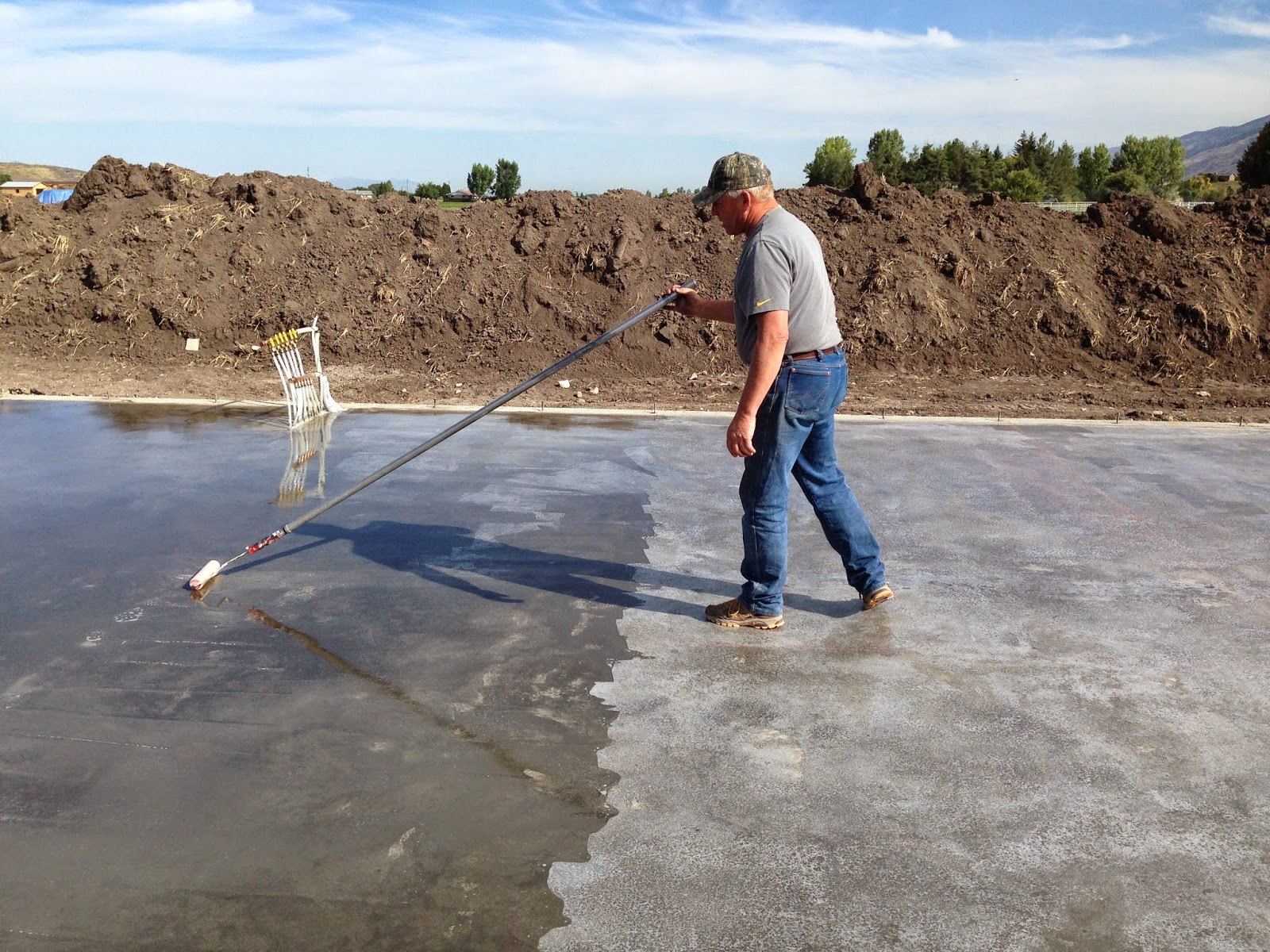 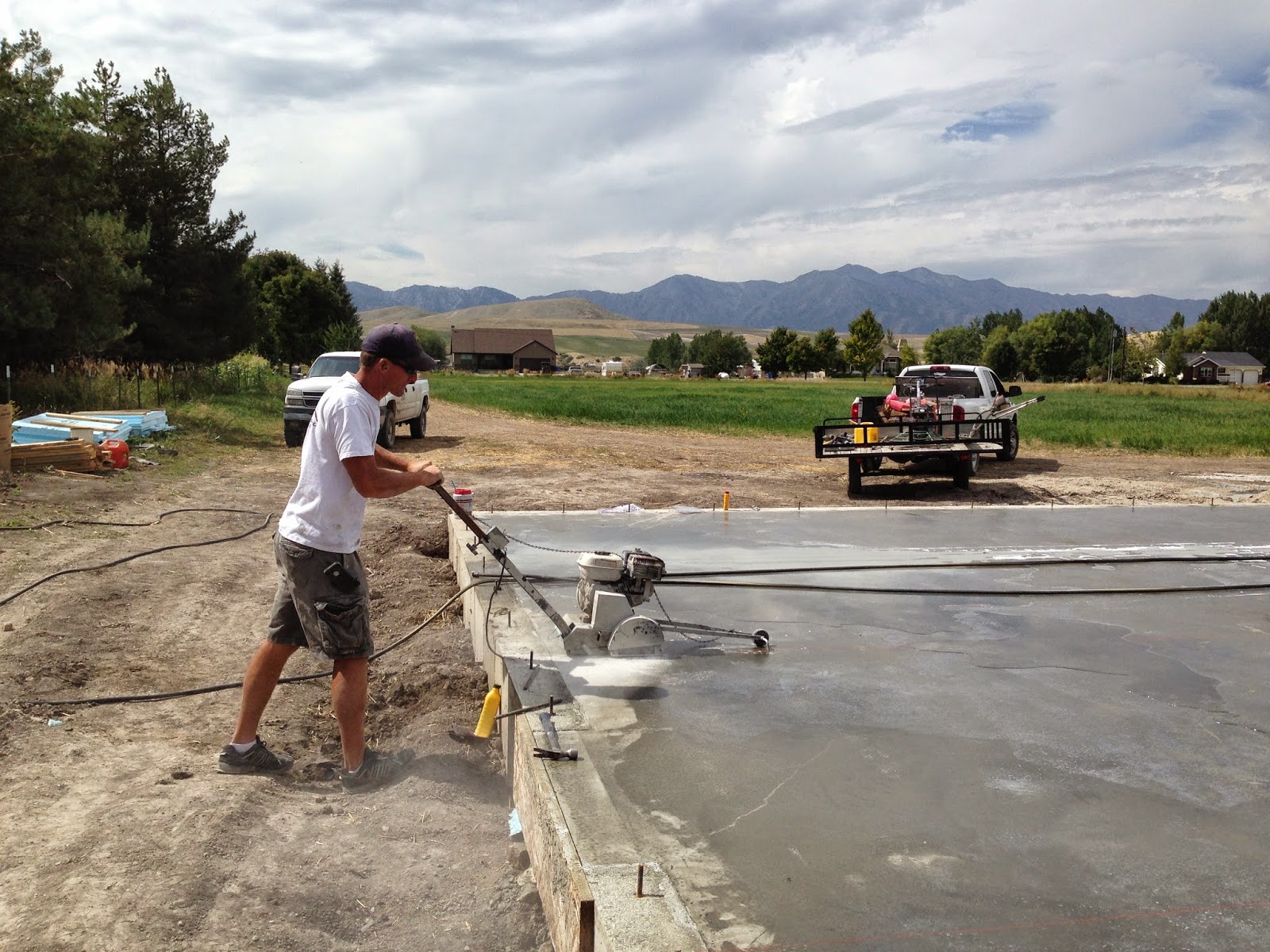 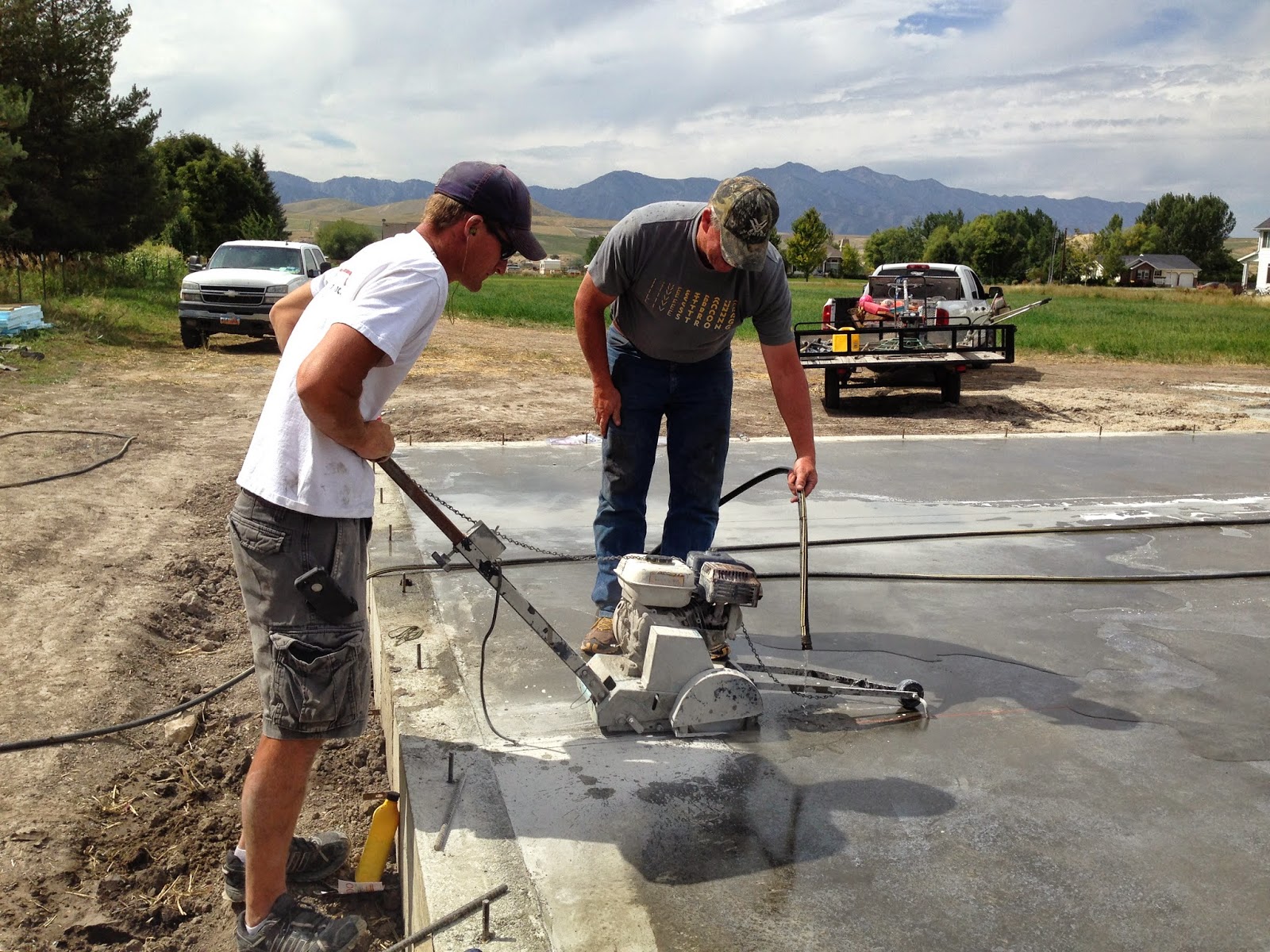 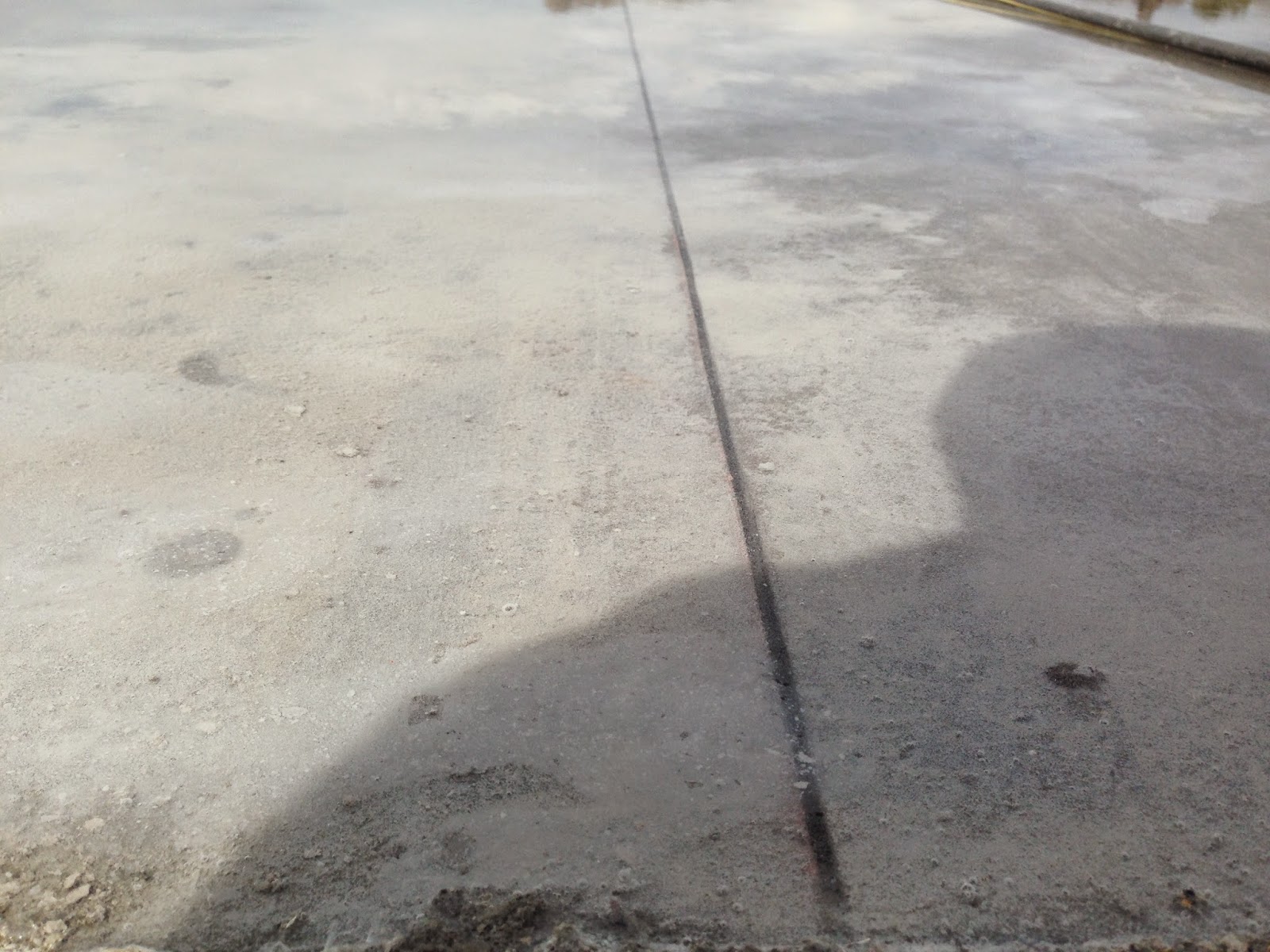 Posted by Unknown at (permalink) 6:50 PM No comments:

RIP Andrew Kay...  Many, many moons ago I did some work (on a BIOS) for Kaypro, Andrew Kay's company that made some of the early “portable” computers.  I briefly met with him in the process.  The Kaypro II computers weren't laptops, mind you – they were more like pieces of luggage (in fact, some writers called them “luggable”). When I did my work for them, Kaypro was growing so quickly that assembly workers were hired to work outside in the pleasant Solana Beach climate, on picnic tables shaded by awnings.  I did some of my BIOS testing on one such picnic table :)

Today comes word that Andrew Kay has died, at age 95.  I've had no contact with since I did that work in (I believe) 1982, and I had no idea he was still alive.  I remember a few of his stories about a career that was already long and interesting in 1982, when he would have been 63 – roughly my age right now...
Posted by Unknown at (permalink) 6:39 AM No comments:

Let's hope...  Those are the first few words of the final sentence of Matt Ridley's piece in today's Wall Street Journal:


Let's hope that the United Nations admits as much on day one of its coming jamboree and asks the delegates to pack up, go home and concentrate on more pressing global problems like war, terror, disease, poverty, habitat loss and the 1.3 billion people with no electricity.

The piece is a good observer's summation of the mess the “pause” in global temperature rise has made of the warmist's shouts of impending doom.  Mr. Ridley himself used to be an advocate for global warming mitigation action.  His views have changed in the face of evidence supporting the skeptics...
Posted by Unknown at (permalink) 6:30 AM No comments:

“It is a muddle, a murk and a desperate-looking thing...”

“It is a muddle, a murk and a desperate-looking thing...”  Peggy Noonan, on Obama's approach to ISIS, in her piece The World Needs a Clarion.
Posted by Unknown at (permalink) 6:25 AM No comments:

Beautiful ad...  It's really a salute to our military folks, and only very subtly an ad for Food City.  Nicely done.  Via my CCPOAA mom, who's now home and doing well...
Posted by Unknown at (permalink) 6:22 AM No comments:

Dead battery bounce...  Did you know that fresh alkaline batteries won't bounce when dropped onto a hard surface – but dead ones will bounce?  I didn't know that, and that seemed very surprising and unlikely when I first heard it.  But watch this video, and you'll not only see that it's true – you'll also find out why.  Via friend, reader, and former colleague Simon M...
Posted by Unknown at (permalink) 6:21 AM No comments: