In diddly squat pose...  Hah!  This is a bit of insider's humor for those closely following the AGW debate.  But it's a good one :)

The inspiration was a recent Steve McIntyre post, and the cartoonist is Josh.  Steve posted the cartoon as well.

As usual, click on the thumbnail to embiggen...
Posted by Unknown at (permalink) 11:01 AM No comments:

Up in arms...  Friend and reader Simon M. passed along an interesting article by Colin Woodard in Tufts Magazine (published by Tufts University).  The sub-head is:


THE BATTLE LINES OF TODAY’S DEBATES OVER GUN CONTROL, STAND-YOUR-GROUND LAWS, AND OTHER VIOLENCE-RELATED ISSUES WERE DRAWN CENTURIES AGO BY AMERICA’S EARLY SETTLERS

It's an interesting premise, attractive for it's simplifying potential, and the accompanying map (at right) has it's own fascinations.  But I don't think it stands up under even a cursory critical examination.

If the premise was accurate, you'd expect to find relatively homogenous gun laws within each of the areas delineated on his map – the elected officials in those areas should reflect the views of their respective electorates.  I found no such thing; instead, the best correlate to gun laws seems to be population density (which matches my own subjective experience).

The Guardian (a U.K. paper!) had the single easiest source of information I found, in a very nice interactive graphic.  Some other good sources, with much more detail, are here, here, and here.  I don't know a good way to visualize data as  complex as these, but it's clear on browsing through it all that there isn't any “shape” to the data that resembles Woodard's map...
Posted by Unknown at (permalink) 6:23 AM No comments:

Tesla fire ... from the owner's perspective.  Tesla has published a letter from the owner of the latest Tesla to make the news because it caught fire.  Here's the end of it:


I am thankful to God that I was totally uninjured in any way from this impact. Had I not been in a Tesla, that object could have punched through the floor and caused me serious harm. From the time of impact of the object until the time the car caught fire was about five minutes. During this time, the car warned me that it was damaged and instructed me to pull over. I never felt as though I was in any imminent danger. While driving after I hit the object until I pulled over, the car performed perfectly, and it was a totally controlled situation. There was never a point at which I was anywhere even close to any flames.

The firemen arrived promptly and applied water to the flames. They were about to pry open the doors, so I pressed my key button and the handles presented and everything worked even though the front of the car was on fire. No flames ever reached the cabin, and nothing inside was damaged. I was even able to get my papers and pens out of the glove compartment.

This experience does not in any way make me think that the Tesla Model S is an unsafe car. I would buy another one in a heartbeat.

You'd never get this side of the story from the news – this isn't nearly as exciting as promoting the idea that Tesla's cars are likely to roast their passengers.  It's just another example proving the point that news organizations aren't about news, they're about attracting eyeballs to advertising – more like entertainment than purveyors of truth or fact...
Posted by Unknown at (permalink) 6:05 AM No comments:

The final toast...  Yesterday three of the four surviving members of Doolittle's Raid gathered in Dayton, Ohio for a toast – to each other, and to their colleagues who have now died.  The four are all in their 90s and frail, so they've collectively decided to make this year's meeting the last of their annual get-togethers.

Thinking about Doolittle's Raid always sends shivers through me.  The courage of these men is almost frightening to contemplate.  I salute them...
Posted by Unknown at (permalink) 5:59 AM No comments: Viva la France!  According to news reports, the French foreign minister Laurent Fabius single-handedly saved us all from making a turkey of a deal with Iran.  Since the talks broke down yesterday, Fabius.  He went on the air in France to say that he wouldn't accept “a sucker’s deal”, nor did he want to participate in a “con game”.

Apparently the other representatives there would, including John “seared into my memory” Kerry.  They were all ready to make the agreement.

There's a bit of irony here, as Kerry is a well-known francophile.  In this case, he seems to be even more French than the French!

Around Mt. Fuji...  With jet engines and a carbon-fiber wing strapped on.
Posted by Unknown at (permalink) 5:41 AM No comments: 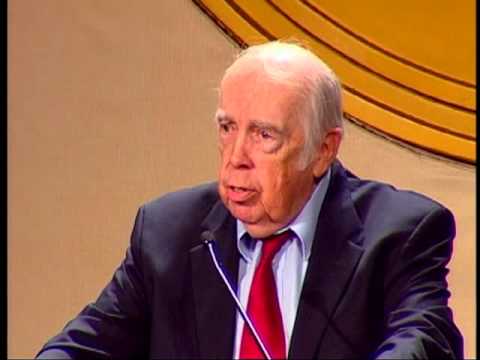 Tax cuts are like sex...  I'd never heard of M. Stanton Evans before this morning, but somewhere in my reading I ran across the name, and looked him up in Wikipedia.  In that article there's a list of quotations from him – and those had me riveted.  A few examples:

Evans’ law of inadequate paranoia: No matter how bad you think something is, when you look into it, it's always worse.

Liberals don't care what you do as long as it's compulsory.

One of the things that happens to you when you get old, really two bad things, one of them is that you lose your hearing, and I forget what the other one is.

After wage and price controls, Watergate was like a breath of fresh air.

I could hang with this guy :)

His writing reminds me a bit of Ann Coulter.  More quotes at the link...
Posted by Unknown at (permalink) 5:38 AM No comments: Aging animals...  Photographer Isa Leshko is making portraits of aging animals, like the 19 year old Australian Kelpie at right.  The Smithsonian has an article and more examples...

Debbie and I have a little animal geriatric ward of our own.  We have a 22 year old cat (Tippy) who's struggling and needs lots of care – he's got pancreatic problems, so he's on a diet of “chicken shakes”: roasted chicken breast blended with no-sodium broth.  We have another cat (Bootie) who's about 21 years old and doing ok, and two ancient field spaniels (Mo'i and Lea) who are both doing just fine.  We lost our oldest cat (Pana) earlier this year...
Posted by Unknown at (permalink) 5:29 AM No comments:

Some perspective on the ObamaCare debacle...

Some perspective on the ObamaCare debacle...  Via reader and Lawson Valley neighbor Marisa S.:

What this means is that in the time we were attacked at Pearl Harbor to the day Germany surrendered is not enough time for this federal government to build a working webpage.

Turning the tide in North Africa, Invading Italy, D-Day, Battle of the Bulge, Race to Berlin - all while we were also fighting the Japanese in the Pacific!!

And they can't build a webpage.

Yup.
Posted by Unknown at (permalink) 5:21 AM No comments: