Many thanks to reader Mike W. who passed this along.  Here's the interesting part of the press release (full release is here):


Lakes Entertainment, Inc. ("Lakes") announced that it terminated the Pre-Development, Development and Financing Arrangement Agreement (the "Agreement") by and between Lakes Jamul Development, LLC, a wholly owned subsidiary of Lakes, and the Jamul Indian Village ("Tribe"). While this Agreement was executed on November 22, 2011, Lakes has been working with the Jamul Tribe under various other previous agreements since 1999 to assist with the development of a casino on the Tribe's reservation outside of San Diego, California.

Due to Lakes' corporate strategic objectives, Lakes determined that it would not continue to move forward with the project with the Tribe and terminated the Agreement, effective March 13, 2012. Lakes has a continuing obligation to fund Tribal support payments equal to approximately $0.6 million subsequent to the termination date and provide funding of certain professional fees for a period of thirty days from the termination date.

As of the date of termination, Lakes has advanced approximately $57.5 million including accrued interest to the Tribe related to casino development efforts. As a result of the termination of the Agreement, Lakes has determined the fair value of the notes receivable from the Tribe to be zero which were previously recorded at their fair value of $9.6 million as of October 2, 2011. Although the Agreement provides that the Tribe commence repayment of all outstanding amounts within 30 days of such termination, it is not contemplated that the Tribe will have sufficient funds to make such payments unless it opens a gaming facility on its reservation in the future. The Tribe remains obligated to repay the advances and accrued interest, and Lakes continues to have collateral in all revenues from any future casino owned by the Tribe, and the casino's furnishings and equipment.

Tim Cope, President and Chief Financial Officer of Lakes stated, "We believe that the Jamul Indian Village casino project continues to have great merit. However, this project does not fit with our current business plan for the future of Lakes. We wish the Jamul Tribe much success with its continued progress toward development of their casino project."

So the Jamul Indian tribe is now carrying, $57m in debt – and Lakes shareholders blew the same amount (it's written down to zero, so there's no real expectation by Lakes that they'll be repaid). The only physical impact of the casino project is some very preliminary construction on the site; nothing to get excited about. There's another impact, though: an adversarial relationship between the Jamul Indian tribe and most of the rest of the local community. Oh, and the gigantic debt the tribe is now carrying – makes my share of the federal debt look puny by comparison.

Now we only have to worry about the Jamul Indian tribe finding another sponsor. I have no idea how likely that is, but clearly the probability isn't zero...
Posted by Unknown at (permalink) 7:55 AM No comments:

Bryan B., a colleague of mine, forwarded this image with this comment: “My life is now complete!” 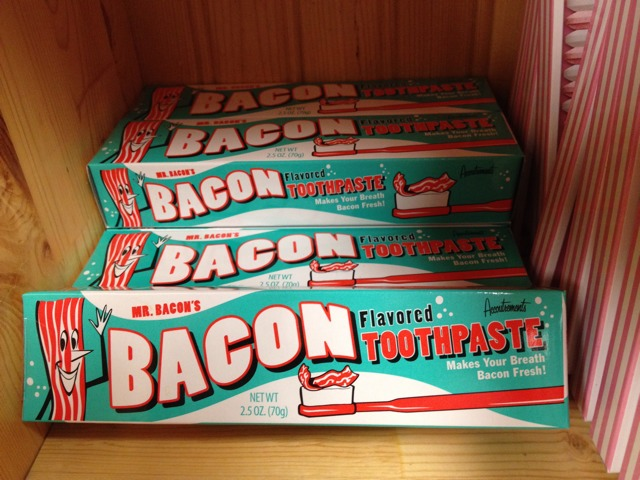 Amazon has it, naturally...
Posted by Unknown at (permalink) 6:25 AM No comments:

Reader Jim M. swears that these are actual ads from a Florida newspaper named The Villages.  I couldn't find that paper online, so I'm not so sure about that.  But they're funny even if they aren't real:

LONG-TERM COMMITMENT:
Recent widow who has just buried fourth husband, and am looking for someone to round out a six-unit plot. Dizziness, fainting, shortness of breath not a problem.

SERENITY NOW:
I am into solitude, long walks, sunrises, the ocean, yoga and meditation. If you are the silent type, let's get together, take our hearing aids out and enjoy quiet times.

BEATLES OR STONES?
I still like to rock, still like to cruise in my Camaro on Saturday nights and still like to play the guitar. If you were a groovy chick, or are now a groovy hen, let's get together and listen to my eight-track tapes.

MEMORIES:
I can usually remember Monday through Thursday. If you can remember Friday, Saturday and Sunday, let's put our two heads together.

Posted by Unknown at (permalink) 5:41 AM No comments: 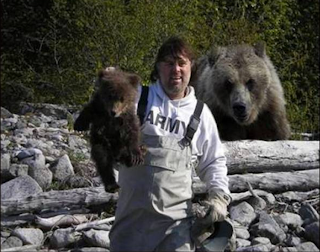 From reader Jim M., the last known photo of a moron:

Looks to me like the photographer found a way to capture evolution at work...
Posted by Unknown at (permalink) 5:34 AM No comments:


Ineptocracy (in-ep-toc'-ra-cy). A system of government where the least capable to lead are elected by the least capable of producing, and where the members of society least likely to sustain themselves or succeed, are rewarded with goods and services paid for by the confiscated wealth of a diminishing number of producers.

Posted by Unknown at (permalink) 5:30 AM No comments:

Via my mom, this wonderful example of “I scarcely know what to say...”.  This video shows the ceremony each evening upon closing the border gates between India and Pakistan...

Posted by Unknown at (permalink) 5:28 AM No comments: