I didn't even know campaigns had flags!  This one seems especially appropriate: 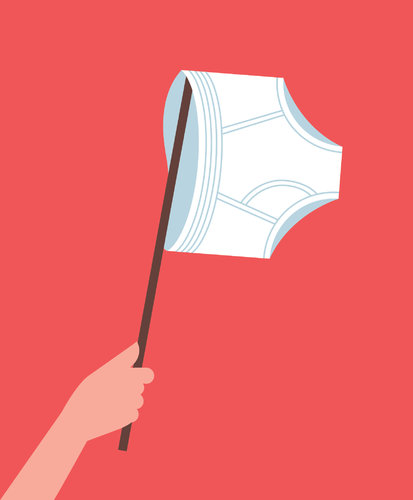 Posted by Unknown at (permalink) 12:11 PM No comments:

I know exactly how these people feel...

Posted by Unknown at (permalink) 12:08 PM No comments:

Seven times, over a period of 35 years.  Yikes!
Posted by Unknown at (permalink) 8:21 AM No comments:

He has a wonderful post called “Why there's no point arguing with lefties.” He concludes thusly:


It’s often said that lefties hate righties because they think they’re evil, but that righties despise lefties because they know they’re stupid. There’s a lot of truth in this. I hate passing few, if any, of my many left-liberal enemies because to hate them would be to grant them a respect they just don’t deserve.

Mostly, I just feel sorry for them. I see them as tragic victims. Whether through the intellectual impoverishment of their upbringing or the failures of the education system or the brainwashing of the BBC or peer group pressure from all their Guardian-reading chums these piteously Gollum-esque troll creatures exist – or semi-exist – in a world where they will never know the giddy thrill of clever ideas, lucidly and wittily expressed, yoked within a logical framework within which, by many delightfully sinuous digressions and soaring flights of fancy, we finally reach the provocative, satisfying pay off which tells us that, yet again, the free market solution is the right one.

Do go read the whole thing...
Posted by Unknown at (permalink) 8:18 AM No comments:

As many of my readers already know, I didn't graduate from college.  I took a few courses, most especially an extension course at UCSD called EPSE, but I never obtained a degree in my chosen engineering fields (electronic hardware and software).

Usually one considers competence in the field to be a prerequisite for hiring an engineer.  Competence isn't the only measure of an employee's worth – some personality traits can make a competent person useless as an employee, and others can make up for a great deal of incompetence.  But in general, competence is high on the list of requirements when hiring someone.

An engineering degree is a proxy for competency – if someone has managed to get such a degree from a reputable school, one can assume a high probability that the degree holder has at least some competence in the chosen field.  That's not always true, of course: there are people with degrees who are in fact incompetent.  But still, possession of a degree at least increases the probability of competence.

Some companies will accept other evidence of competence for an engineer.  I've noted in the past that this tends to be very company-specific; some, especially larger companies, have apparently inviolable policies requiring engineers to have degrees.  Others are much more flexible.

I got my start as an engineer at just such a flexible company: a relatively small company (< 100 employees) who was willing to take a chance on a deal I offered them.  I proposed to work for free for 90 days (something you couldn't do today!), and at the end of that period they would either let me go or hire me.  They hired me long before the 90 days was up.  Once I had employment experiences to show on my resume, and the engineering community in San Diego got to know me, the question of my competency never seriously arose again.  I had side-stepped the engineering degree hurdle.

I have the impression that getting started in engineering without a degree is increasingly difficult, though I have no concrete evidence to support that.  A market is forming, however, for something I wish had been available to me: competence testing.  This would allow a non-degreed, but competent, engineer to prove his or her competence in a way that ought to satisfy many employers.  I hope this takes off.  As someone who has hired many engineers over the years, I certainly wish this tool had been available to me when hiring!
Posted by Unknown at (permalink) 8:14 AM No comments:

This one is epic for its clear revelation of the progressive mindset:


The bottom line is we’re not broke, there’s plenty of money, it’s just the government doesn’t have it.

Ellison is a Democrat, of course.

Here he states rather baldly what libertarians and conservatives have always suspected: progressives want to steal as much of the citizen's money as they can.  To spend on what they decide, not you.  After all, it's much more fun to play with other people's money than with your own... 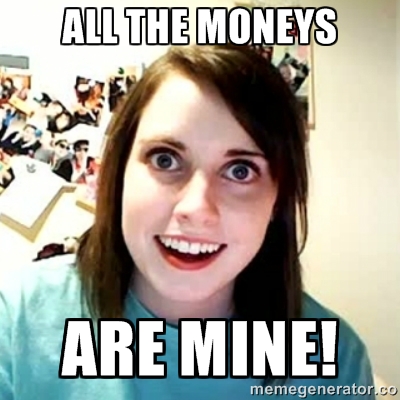 Slate has obtained a copy of the online sexual harassment course Filthy Filner was required to take (hat tip to reader and friend Simon M.).  Here's a sample question


5. What might you suggest an employee do to improve the quality of her work?

Read the whole thing – but put down your morning beverage first!
Posted by Unknown at (permalink) 7:47 AM No comments: