Where can you get a good dinner near Logan?

Where can you get a good dinner near Logan?  This post is aimed at giving some information to our fellow dog people who will be attending the 2016 Field Spaniel Society of America National Specialty show, which will be at the Cache County Fairgrounds in Logan in May.

All of the restaurants we talk about here are marked on this map.

You won't have any trouble finding a great place to eat dinner in Logan!

For a fancy, classy dinner close by the fairgrounds, you won't do better than Le Nonne.  It's an upscale Italian restaurant frequented by people more full of themselves than most locals, and comes complete with oh-so-pretentious waiters and pricey wine – but the food really is outstanding and the atmosphere more like you'd find in a big city joint.

Jack's Wood-Fired Oven is one of our favorite haunts.  Outstanding pizza and a selection of beer are what they're most known for, but we'd rank their soups amongst the best in the area – and their lemon cake dessert is terrific.

The Elements is within an easy walk of the fairgrounds, and is another place with a bit more class and atmosphere than usual for our area.  We've found their menu a bit hit-and-miss, and variable from visit to visit – but still generally quite good.  Their flavored lemonades (raspberry and mango!) are a favorite of ours, and they serve alcohol.  Unusually for Logan, they're open on Mondays.

If you're looking for a place with laughter and free-flowing margaritas, Cafe Sabor is a Mexican restaurant (though if you're from Southern California or some other place overflowing with “real” Mexican restaurants, you might question that description :)  The food isn't always particularly authentic, but it's tasty (especially after a margarita or three!) and plentiful.

For famously friendly service, belly-stuffing comfort food, and traditional diner fare, Angie's is the place to go.  It's a little further away, but well worth it.  It really lives up to its motto: “Where the locals eat”  They do!

A slightly more exotic venue can be found at Thai House, a newly-opened restaurant just a few blocks from the fairground.  It's decent Thai food in a nice setting, a bit pricier than we expected (restaurant prices around here are generally quite low).  We suspect that the one time we went (just a few weeks ago) they were still getting their kinks ironed out – the Yelp reviews at the link are a star or two better than we'd have given it.

Last on our list, but certainly not the least: a local institution, the Maddox Ranch House.  I've only listed it last because it's not in Logan at all – it's 25 miles to the southwest, in Perry.  But ... if you're craving top-notch beef, then this is a restaurant you have got to find a way to get to.  They raise their own beef cattle, which is probably all you need to know.  Yes, it really is that good!  I'm told their lamb, fish, and chicken are also excellent – but I've never gotten past the beef menu...
Posted by Unknown at (permalink) 3:16 PM No comments:

Think about it...  Via reader Simi L., who gave me a good belly laugh with this one and a few others: 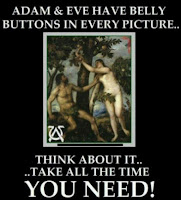 Beautiful photos ... like the one at right.  Some of these I know are photoshopped, others I know are real.  Many I've never seen before.  All of them are gloriously beautiful.  Via my pistol-packing mama...
Posted by Unknown at (permalink) 7:30 AM No comments: