Quantum effects all around us...

If you know anything at all about the world of quantum physics, then you know that it's full of very strange and counter-intuitive phenomena.  Some of these things are extremely difficult to wrap one's brain around.  Yet quantum physics famously describes all sorts of observable phenomena with spectacular success.  We're forced by this success to concede that way down at the sub-atomic scale, where quantum phenomena generally happen, there really must be quantum weirdness happening.  But it's safely hidden at those teensy-tiny scales, so we can ignore it and get along in live just fine by pretending we live in a strictly Newtonian world.  Personally, I'm much more comfortable that way :)

This morning I read this fascinating article, which has several examples of quantum phenomena that we can perceive.  There is considerable (and increasing) evidence that some senses (for animals and humans) are dependent upon quantum phenomena.  One that seems particularly convincing to me is the discovery that fruit flies can distinguish between chemical substances that are identical except for the isotopes of some of the constituent atoms.  Unless you want to believe that tiny little fruit flies are carrying around a mass spectrometer, then quantum phenomena are the only way anyone can think of to explain this.  The article has several other examples as well.  For instance, there's evidence that at least some enzymes employ quantum tunneling – and nobody even has an alternative theory for how they work.  There's also the one example I've previously read about: work that started five years ago strongly suggests a quantum explanation for the otherwise mysteriously high efficiency of photosynthesis.  That's how nearly all plants employ sunlight.

Fascinating stuff.  I'm looking forward to hearing more about it...
Posted by Unknown at (permalink) 10:13 AM No comments: 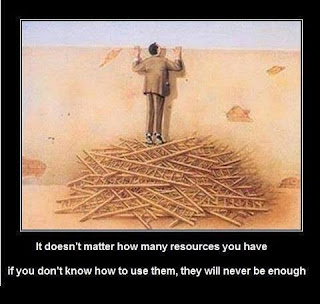 Posted by Unknown at (permalink) 9:45 AM No comments:

Morning in Paradise...  Yesterday morning and this morning, I took Race and Miki on our usual morning walk.  They've missed it for the past week while I was visiting with my mom.  They practically tore my arm off when they figured out where we were going :)  It feels great to me, too, to get back into the routine.

We had a gentle, light rain for most of last night.  I'm not sure how much we actually got, as my rain gauge overflowed while I was on my trip – but I'll guess it was about a quarter inch.  This continues the unusually wet summer we've been having.

Our walk was full of the aromas raised by the rain last night.  The sky was still cloudy, and the air was slightly hazy from the evaporating groundwater.  The farmers are all still running their irrigation, so I know we didn't get anywhere near an inch of rain.  We saw three yellow-headed blackbirds along the irrigation canal in front of our house – first of those we've seen on our property, though they're fairly common in Cache Valley.  We also saw lots of hawks perching anywhere they could along the edges of fields.  I know the rodents (especially voles) are active diggers right after a rain, so I speculate that the hawks know this and are looking for a fast food meal.  Go, hawks, go!  And come down to my field, please!!!

Some photos from this morning: 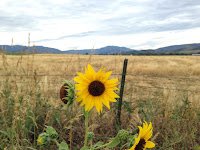 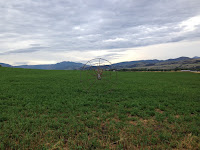 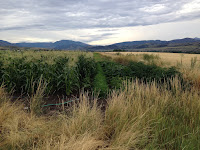 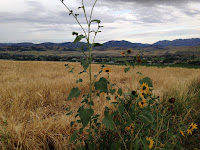 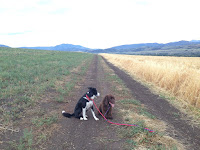 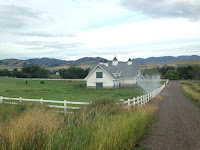 “Live Free or Die”...  That is, famously, New Hampshire's state slogan.  So which Democratic candidate do these folks like best?  Bernie-the-socialist, by a fairly wide margin.

You would be forgiven for thinking that the entire state has lost their marbles.  But think about it for a moment.  In a field dominated by The Hillary, O'Malley, maybe Biden, and Bernie – who would you choose?
Posted by Unknown at (permalink) 8:25 AM No comments:

Scratch one of the least worst candidates...

Scratch one of the least worst candidates ... and what do you see?  A big-government public money spender.  Scott Walker, of all people, is going to approve spending $400M tax dollars for a basketball stadium.

Why would he do this?  Because it's politically advantageous, of course.  The voters want their pacifier stadium, just as the Roman citizens wanted their circus and gladiator fights.  A politician who actually believed in something, and stuck to that, is almost certainly unelectable.

Sometimes I think a dictatorship wouldn't be so bad.  At least, not if I got to pick the dictator :)
Posted by Unknown at (permalink) 8:21 AM No comments:

I want to make one of these!

I want to make one of these!
Posted by Unknown at (permalink) 8:15 AM No comments:

San Juan disaster...  The Gold King mine disaster that's been in the news the past few days occurred in an area we know very well – the San Juan Mountains of Colorado, a favorite offroading and hiking vacation spot of ours.

The EPA says the incident was an accident.  Read the article I linked above for an alternate view that's widely believed in Colorado (where many, many residents despise and fear the EPA).  I'm not sure what to believe myself, but whatever the cause it's a big problem for an area we love.   Most of the roads, trails, and places we visit are unaffected, but the town of Silverton and the entire Animas River Valley downstream are devastated...
Posted by Unknown at (permalink) 7:58 AM No comments:

This is why ... you never, ever, ever pitch camp in the bottom of a dry creek bed in the western U.S. (and, I'm sure, in other desert places).

I've seen three flash floods in my life, all from safe perches.  I was never stupid enough to camp in the bottom of a canyon.  The onset of this one (the best I've ever seen captured) is faster than any of the three I saw.  If those people had been in their camp, they might not have survived.  As it was, everybody was fine.

Planned Parenthood: the hole gets deeper...

Planned Parenthood: the hole gets deeper...  Another video has been released, and this one I'm posting as it has no disturbing imagery in it.  Nonetheless, it is just horrifying.

I weep for my country...
Posted by Unknown at (permalink) 7:35 AM No comments:

Fifteenth class of pentagonal tiles discovered...  It's the one at the lower right of the image at right.  Some of these look interesting to me for actual use in a home, including that newest one...
Posted by Unknown at (permalink) 5:32 AM No comments:

The lettuce-growing experiment on the ISS has captured attention in the media recently.  That utterly worthless experiment cost (it took over a year to grow lettuce that the astronauts ate most of in one meal) nearly as much as the entire Rosetta mission.  It's a great example of the screwy priorities used to allocate space exploration funds.  The Rosetta mission is worth, scientifically, many thousands of lettuce-growing experiments.  There is an almost infinitely long list of unfunded robotic explorer mission proposals.  But the money goes to lettuce growing, and other manned missions instead.  Stupid, stupid, stupid...
Posted by Unknown at (permalink) 5:30 AM No comments:

Morning shocker...  My morning routine is to sit down with my first cup of tea, fire up the computer, and open a folder full of news bookmarks in tabs.  The first site that pops up is the Drudge Report, and this morning here's what I saw (at right).  Reading more deeply, I see that Hillary has turned over her email server (you mean that thing hasn't been dissolved in acid?) and a thumb drive with (allegedly) all her emails on it.  Aides are being investigated.  The investigation is circling her, and tentative jabs directly at her are starting to happen.

Ordinarily I'd dismiss most of this as exaggeration and wishful thinking on the part of the interpreter.  But ... I can't imagine Hillary would turn over that evidence unless (a) she was forced to, or (b) she had “cleaned” it somehow.  The (b) scenario would almost certainly lead to even worse problems for her, though, as it's extremely unlikely that they could actually clean up that email server without leaving traces of what they did – and a blatant cover-up like that would take down even Hillary, I think.  So I think the most likely scenario is (a): she was forced to.  What would force her?  The only thing I can think of is the imminent threat of actual charges or arrest.  “They” (the DOJ and FBI) must have the goods on her.

Oh, I hope so.  I hope this is the end of the ludicrous candidacy of the utterly unqualified, incompetent, and entitled Hillary...


Posted by Unknown at (permalink) 4:45 AM No comments: