Good neighbors in Paradise...  On the advice of Debbie's physical therapist, I ordered a treadmill (exercise machine) last week.  It came yesterday morning, in a box that weighed 300 pounds.  I knew ahead of time that it would be quite heavy, but I expected it to be a kit – lots of parts and even more nuts and bolts.  I figured that no one part would weigh more than 100 pounds, which is small enough that I could carry it upstairs to be assembled.

Well, that would have been true of just about anything big and heavy we've purchased – but not this thing.  There were a number of parts that were small and light, but ... there's also one gigantic piece (the actual treadmill) that weighed 205 pounds.  I was able to strap that to a cart and get it near the front door of the house, but there's no way I would be able to get that into the front door and upstairs to the TV room where Debbie wanted it.  It wasn't just the weight that was a problem, either (though that was bad enough!).  It's also the shape and dimensions, which would require tilting it onto its side to get it through the doors.

Once I concluded that I needed help, there was only one thing to do: call my neighbor Alan L., who is my connection to the local adult male Mormons – the members of the ward that we live in.  I made that call, and he organized five strong men to come to our house this morning.  At the appointed time, they all gathered – big, burly men with broad smiles and firm handshakes, all eager to lend a hand.  Sixty seconds after we started, the 205 pound behemoth was in its appointed place.  With all those muscles available, it wasn't even challenging.  More handshakes and broad smiles, and all but Alan went about their day.  Alan, his son Zack, and I talked for a while about lots of different things, just socializing, and then they were on their way too.

That's a completely normal thing in this neck of the woods.  If they need help on something I know how to do, they know they could call on me, too.  It's very comforting to know there's plenty of help all around us, anytime we need it.  It's part of the very strong sense of community here, which is most definitely a big part of why we love living here.  So different than California!
Posted by Unknown at (permalink) 9:13 AM No comments:

Morning walk in Paradise...  The dogs (Miki and Race) were excited this morning, because for the first time in three days they got to go on our morning walk.  It was wet and muddy from the rain the past two days, but at least it wasn't raining on us this morning!  Photos from our walk below.

Yesterday we picked up a fifty pound bag of corn for “Bucky”, the injured buck who's staying on our property.  I put some out yesterday, and this morning it was all gone.  I've put out some more now.  We figured we'd better feed him since Scott N. mowed and baled all the alfalfa that he's been living on.

The big attraction of today's walk, for me, was all the dramatic lighting.  For the dogs, it was the smells that the wetness brought to them, plus the 8 million piles of dirt from the voles digging new tunnels in the rain-softened soil.  Those piles make the dogs so happy to smell!  They must be drenched in vole stink!

In the next-to-last photo below, you can see the five birches I just planted, along with (in the background, toward the left) one of the three willows.  This is for those readers who complained that I had all that verbiage about planting them, and no photos! 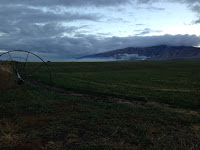 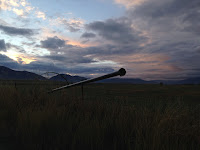 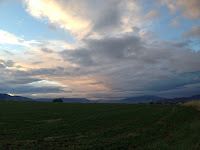 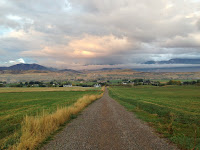 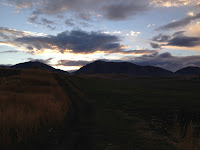 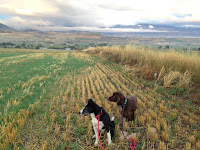 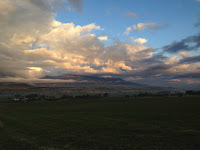 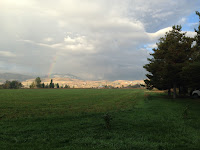 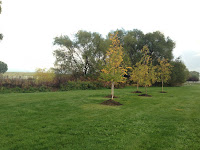 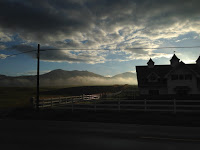 Posted by Unknown at (permalink) 8:59 AM No comments:

I don't know any of the three people running (Vic Little, Martel Lowe and Terrill Preece), which is at least slightly surprising as Paradise is quite a small town and I've met a significant fraction of the inhabitants.   Debbie and I won't get to vote for any of them, though, as we live just outside of the town's boundary...
Posted by Unknown at (permalink) 6:22 AM No comments: 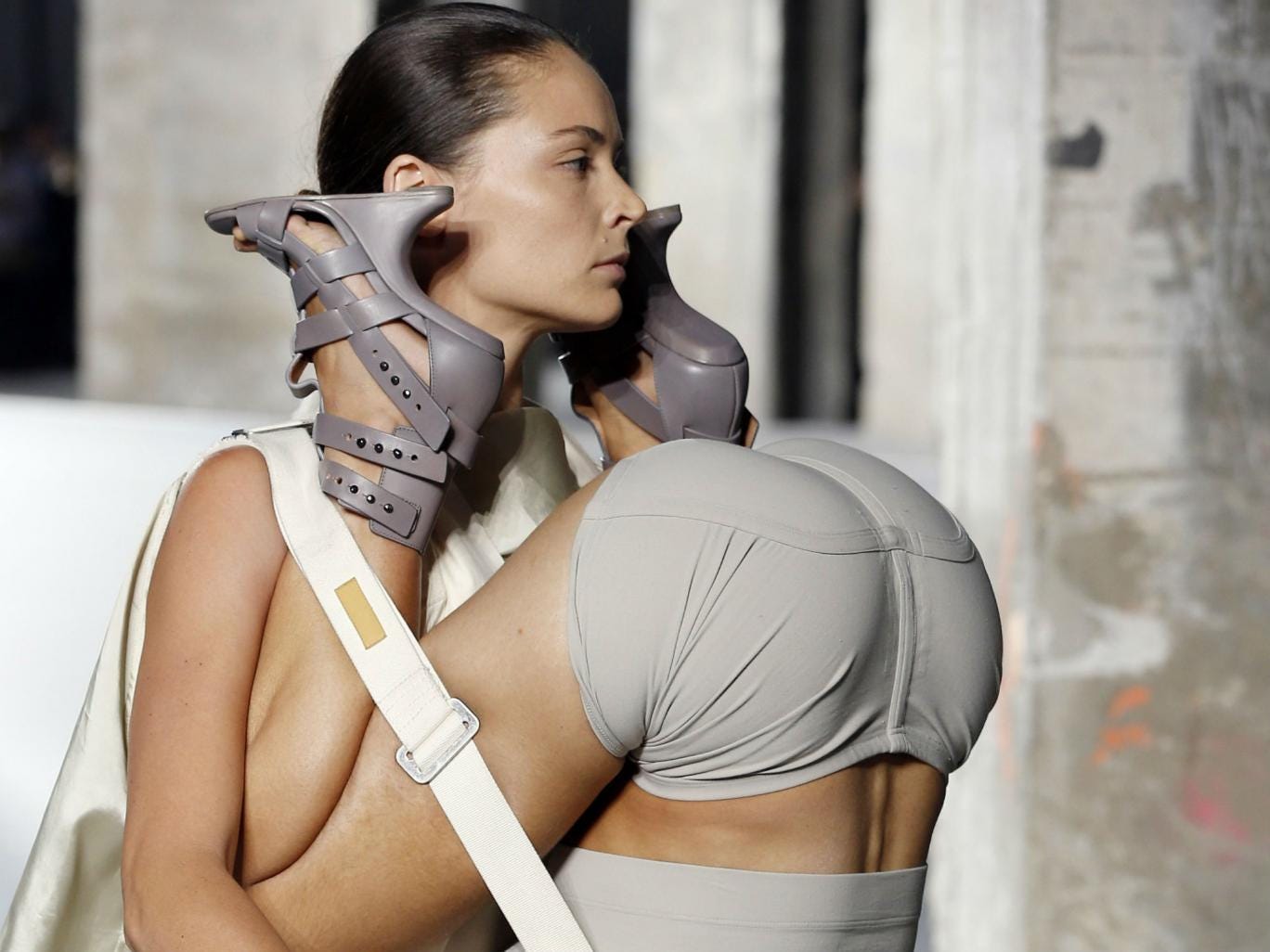 When I first saw this, I didn't believe it was real.  It just had to be a parody.  Published in the Onion, right?  But then I did a little googling, and discovered that it really did happen.

I don't want to believe it.  But Google wouldn't lie...
Posted by Unknown at (permalink) 6:16 AM No comments:

Light blogging alert!  We've got guests this weekend, so I won't find myself sitting in front of my desk very much.  I know they think of “early morning” as around noon, though, so I might have a bit of time in the mornings :)
Posted by Unknown at (permalink) 5:53 AM No comments: